The Time for Weird is Now

With the most recent numbers rolling in last week, it’s clear that the Nintendo Switch is a pretty darn successful console. Nintendo isn’t exactly doing everything right, but by and large they’ve handled this generation extremely well. This also covers their software output on the machine, especially in terms of covering many of their franchises. The Legend of Zelda: Breath of the Wild, Super Mario Odyssey, Metroid Dread, Pokemon Legends, Kirby and the Forgotten Land, Bayonetta 3, Animal Crossing: New Horizons, Splatoon 3, Xenoblade Chronicles 3, Pikmin 4, Super Smash Bros. Ultimate, 35 different Fire Emblem games, most of Nintendo’s biggest names have been eating well this generation. Some of their more well known stuff strangely still hasn’t had original releases on the platform instead settling for Wii U ports like Donkey Kong and 2D Mario, while other recognizable names like Star Fox and F-Zero remain in limbo, but I’d wager those game would do well no matter when they finally decided to release them.

That’s the Switch effect. Games that normally wouldn’t sell extremely well have managed to rack up some pretty solid numbers from the sheer quantity of Switch owners out there who love playing new games. Metroid, Pikmin, and even 3rd party titles like No More Heroes and Mega Man, long running franchises of all flavors have had comparatively huge success on Switch, and while that’s great to see, it isn’t hard to look a little further to reveal some true missed opportunities. 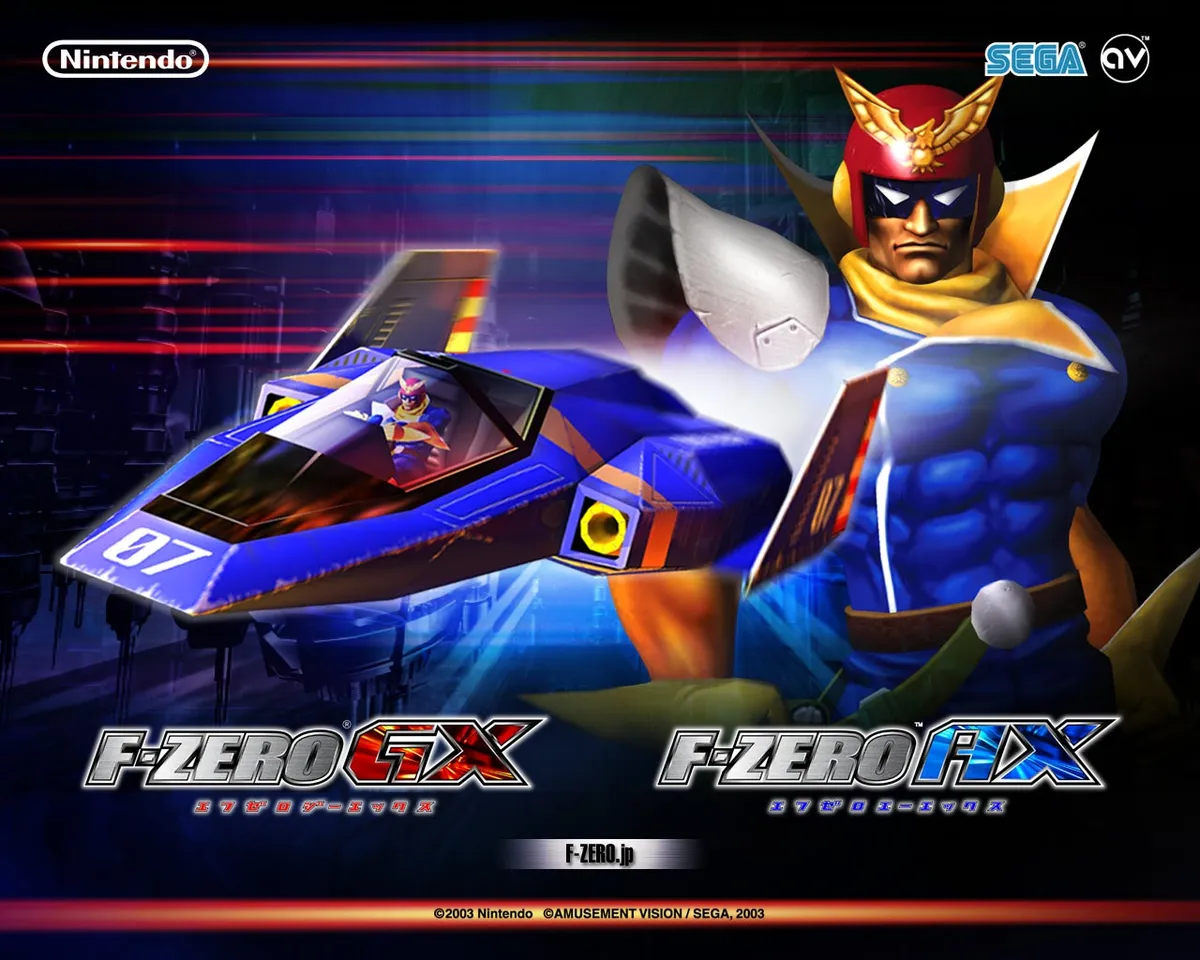 While Nintendo has always relied on stuff like Mario, Pokemon, and Zelda to carry the torch of franchise representation, they’ve always had a tremendous back catalog of more bizarre titles right alongside them, even when their hardware wasn’t performing well. But it’s during successful times like this when their most creative stuff has a chance to break out and become the next big thing. Animal Crossing wasn’t always the mega-franchise it is today. Same with Fire Emblem and Xenoblade. These games found their audiences thanks to quality releases on platforms people wanted to play on. So it’s time for Nintendo to get off their butts, stop playing it safe, and take advantage of this audience they’ve cultivated.

Start in the Sky

The safest bet here, and probably the least weird, would have to be starting with a new Kid Icarus game. Kid Icarus Uprising on 3DS wasn’t an earth-shattering success, but it did sell a pretty hefty number of copies, and had Nintendo put the effort in, I have no doubt the series could have found a much larger niche than it has today. Heck, just porting the masterful 3DS game to Switch could do the trick, especially in terms of getting Pit in front of more eyes than even the 3DS could have, but also fixing the weird bar of entry the game had which was its controls. They really did make sense once you got into playing the game, but they were completely insane, and porting Uprising to Switch with cleaned up visuals and a more traditional control scheme would result in a truly brilliant game. It’s also just the right kind of weird to not put too many people off while not losing its distinct personality. Eggplant and Tempura wizards, Komaytos, spelling errors embraced for comedy’s sake, the wonderfully weird Hades as the villain, Kid Icarus has it all, and it’s just the right amount of weird. 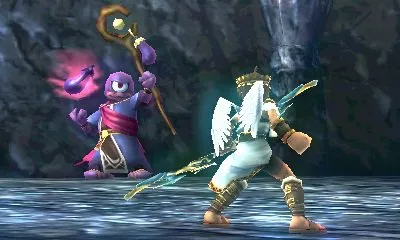 Now that you’ve dipped your toes in the weird category with Kid Icarus, it’s time to take the next step and reintroduce Chibi Robo. This little guy hasn’t had the best of luck in the past, but the last time he had a genuinely great Chibi Robo experience that could exhibit some mass appeal was arguably on his original GameCube adventure. They’re tried time and time again to make this little guy stick, but it’s always been with games that were just left of center enough to not make a dent without a clearly defined pre-existing fanbase. So it’s time to remake the original Chibi Robo game. Not just a straight port, mind you, a full on remake. Put some effort into it! Make it accessible to play, but keep everything that makes it special and weird. It’s been quite a while since I’ve played the original Chibi Robo game, but I have rather fond memories of the whole series, and it’s totally the kind of thing that could gain an audience under the right circumstances. 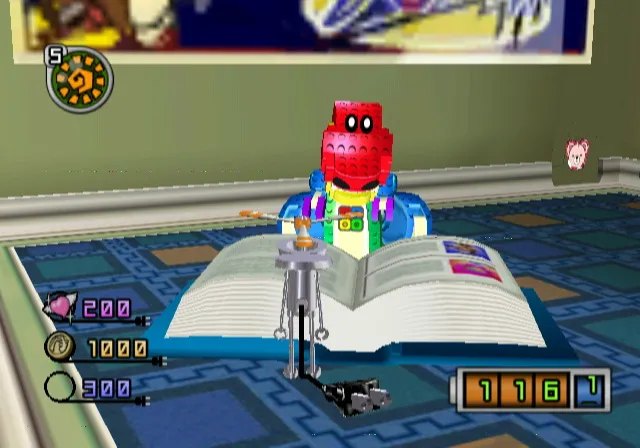 Next, let’s get some puzzle action going on the eShop. Nintendo tossed some great stuff on the 3DS eShop that’s only had a sliver of a chance on the Switch. There’s one Boxboy game on there, but Pushmo has been completely ignored. It’s time for either a new game in that line, or some sort of compilation of previous games in HD. These titles are wonderful, and it’s the kind of low-effort weird Nintendo could certainly afford to take a risk on.

The Rhythm of Weird

Now, let’s get properly weird. Rhythm Heaven deserves a new lease on life, and there’s never been a better time than now to give it. As much as I’d love to see a proper new game in the series, I don’t think we’re there quite yet. Rhythm Heaven did pretty okay on DS when it launched here in the US, but it landed on mostly deaf ears when it came to Wii thanks to that system’s audience not really existing outside of Wii Sports and Carnival Games. Switch though, is the perfect place for a fancy HD version of the 3DS exclusive Rhythm Heaven Megamix. This fantastic game combines the best of the first 3 Rhythm Heaven games, but it was a digital-only 3DS game here in the US at a time when physical 3DS sales were a pretty important part of that platform's ecosystem. I’d venture a guess that the majority of Switch owners know absolutely nothing about Rhythm Heaven and given the chance, would likely have a very good time with it. 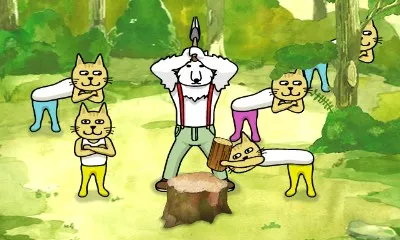 Once Rhythm Heaven is out there in the wild, it’s time to take things a step further and bring back the Elite Beat Agents. This is the US version of a much more successful series of games in Japan called Ouendan. Elite Beat Agents is actually a completely unique take on the formula thanks to the gameplay being largely tied to popular music. So Elite Beat Agents features a bunch of North American licensed popular music, and it’s soooooo weird! But it’s also incredibly fun and addictive. The only real issue here is how much of the gameplay is built around the touchscreen, but I suspect with a little effort Nintendo could make it work with the joycons.

Weird Horror is the Best Horror

Ready for a hard left turn? It’s time for a sequel to Geist. Yeah, I know. That game didn’t exactly move the needle back when it launched on GameCube, but there’s something there. Geist is a really cool idea, and with proper funding and creativity behind it, I can't help but feel it would be possible to turn it into something more. Mature games have no problem selling on Switch. Just look at Bayonetta, Doom, Resident Evil, etc. That audience is itching for more quality games that fit that style, and reviving an idea as bizarre as Geist would be a great way to service that crowd. 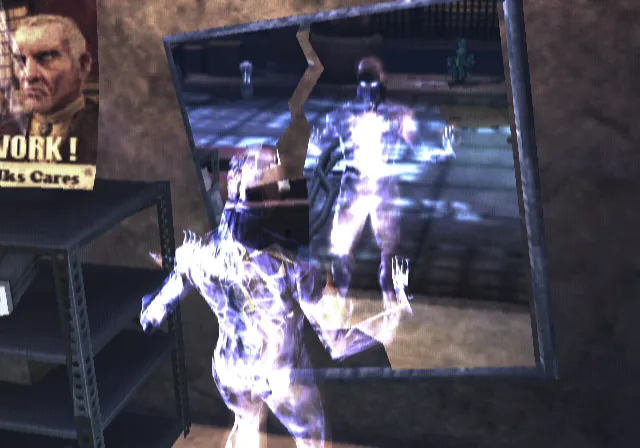 And while you’re at it, let’s finally do something with Eternal Darkness. Re-releasing the original in some form would be a swell idea, but the insanity effects would surely seem tame by today’s standards. It’s time to get a whole new team to give that brand a shot and really go bonkers with it. It’s a license with an incredible amount of potential, and I would love to see something come of it.

Looking to the Past

Backing away from the horror of things, it’s time to reach waaaaaay back into the ol’ catalog and make new Ice Climbers and Clu Clu Land games. Yeah, you heard me! Clu Clu Land might be a hard sell, but while its weird concept may not have ever really caught on, it’s also got a ton of interesting personality. With some tweaks to its basic gameplay, it could wind up being a really fun arcade style eShop game. Treat it like Atari has treated its Recharged titles, and you have a winner. 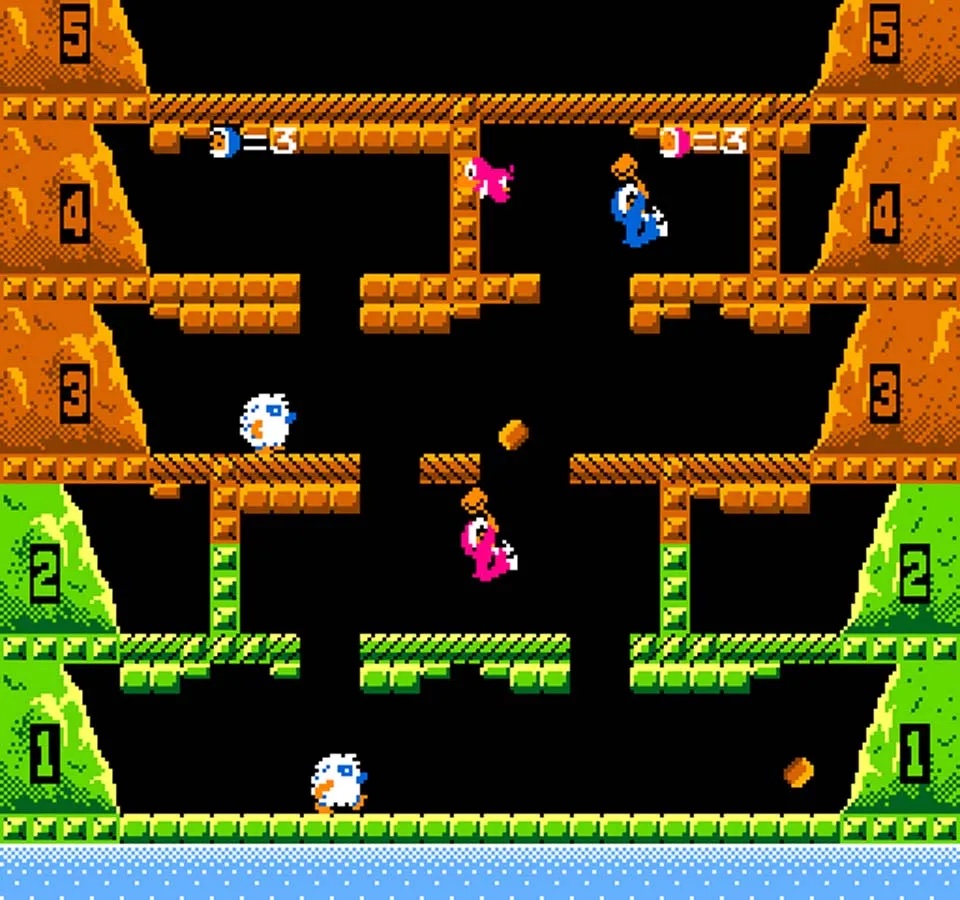 The Ice Climbers on the other hand, those poor little guys are in desperate need of a new game that is actually fun to play. Fix the controls, put speedos and sunglasses on more than just the polar bears, and make it some sort of online battle royale experience. Like a big dumb race to the top. Think Fall Guys but vertical and 2D. That’s a winning idea if I ever had one!

Oh, I could go on and on. Doshin the Giant, Sakura Samurai, Electroplankton, Nintendo has so many wonderfully weird brands at their disposal it’s ridiculous. We’ve seen far too few of them in recent years, and I for one would like very much to see a change in that. I’ve said it before and I’ll say it again, there’s never been a better time than now to get those games an audience. The Switch is just too good a platform to miss out of this opportunity. I just hope Nintendo takes advantage before it’s too late.