A story of co-opted gameplay

Donkey Kong has always been one of Nintendo’s biggest icons. He and their biggest icon Mario, are inextricably linked in history having both debuted in the same game, 1981’s Donkey Kong. While Mario and Donkey Kong have both gone on to become the stars of their own plaforming series since the old days, Nintendo has briefly shown the world more than once that there’s a whole lot of life left in the arcade original’s gameplay to discover.

But something always gets in the way.

I’m not saying the Minis (the latest thing to steal traditional Donkey Kong’s thunder) are intrinsically bad things, but they fundamentally changed what the franchise was. Not necessarily into something worse, but I wouldn’t say it was something better either.

It’s been a couple of years since the minis have been up to anything substantial, and subsequently neither has the Mario & Donkey Kong brand, which is a real shame. Donkey Kong ‘94 is a pretty legendary game, and a return to those mechanics would be most welcome.

So let’s look at how we got here.

Donkey Kong released in 1981 to critical acclaim. People crammed into arcades left and right to play the game because it was challenging, new, and incredibly charming. 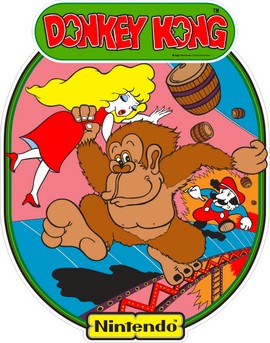 There was a series of four stages that Mario needed to climb with limited capabilities by today’s standards. He could jump high enough to clear a barrel but not much more. He couldn’t fall too far or he’d hit his head and lose a life. He could pick up a hammer that would provide temporary offensive capabilities, but he couldn’t jump while he was holding it. It’s limited, but that’s all part of the challenge. It’s short, sweet, and still a blast to play today.

A year later, Nintendo released the sequel, creating another phenomenon in the process. Donkey Kong Jr. put you in control of Donkey Kong’s son, with Mario playing the part of villain, keeping Jr.’s dad locked up in a cage.

DK Jr. played a bit differently than the original DK, but the fundamentals were still there. Jumping was still limited to somewhat normal heights, falling too far would still kill you, and the objective was to make it to the top of the screen.

The biggest new mechanic they added was climbing. Jr. could climb vines and ropes to help reach his goals. Climbing with one hand was very slow, but if you managed to grab a vine in each hand, you could climb faster. Doing so made you a bigger target though, so there was a nice little layer of strategy to the game.

It wasn’t quite the killer success that the original Donkey Kong was, but it wasn’t far behind, and people loved the adorable new Donkey Kong Jr. character. 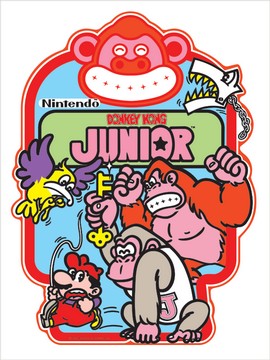 This is where we encounter our first hurdle. The Donkey Kong formula was a great one, and people clearly loved it, but his franchise was about to be overshadowed in a big way, but not before starring in one more arcade outing before going into hiding for a very, very long time.

Donkey Kong 3 hit arcades one year later in 1983, but this time it wasn’t met with quite the same applause. Partly because of another game Nintendo released around the same time, but also because Donkey Kong 3 is a very different game.

Around this time, Mario parted ways with the Donkey Kong series to go on an underground adventure with his brother in Mario Bros. This meant Donkey Kong needed a new antagonist, and those shoes were filled by Stanley the Bugman!

Poor Stanley never stood a chance. Not only was he filling in for the guy who would eventually become gaming’s biggest icon, but the game he was attached to had very little to do with what made Donkey Kong successful in the first place.

Donkey Kong 3 is basically a shooter. You control Stanley at the bottom of the screen, where you can run, jump, and shoot bug spray. Donkey Kong has invaded your greenhouse (for some reason) and you need to repeatedly spray him in the crotch with bug spray to convince him to leave. While you’re doing this, a series of bugs will come down and try to steal your flowers. 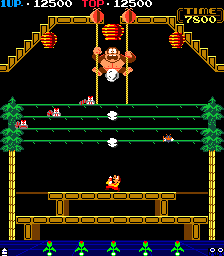 It’s not the greatest game Nintendo’s ever made, but it’s still pretty fun. That said, Stanley never landed a starring role again, nor did the gameplay that made DK3 what it was. Mario went on to star in the industry-changing Super Mario Bros., and Donkey Kong lived on in cameos and a series of arcade ports to home consoles.

Moving to the Country

11 years later, the gaming landscape had changed considerably. Handheld gaming was common, 16-bit home consoles had taken over TVs worldwide, and even with the rejuvenation brought on by Street Fighter II, arcades were a shadow of their former selves. Donkey Kong, once Nintendo’s premier brand, hadn’t had a new game in over a decade, but that problem was about to be solved in the most spectacular way possible… sort of.

Donkey Kong was scheduled to have a major, and I mean MAJOR comeback in a little game called Donkey Kong Country in November 1994. However, earlier that year, the great ape had a different comeback tale on the Game Boy. Simply titled Donkey Kong, I suspect a lot of people slept on this game thinking it was just a Game Boy port of the arcade original. After all, arcade ports to Game Boy weren’t exactly uncommon in those days. But Donkey Kong ‘94 was anything but a simple arcade port, and while massively overlooked in its day by the looming shadow of the exquisite Donkey Kong Country, Donkey Kong ‘94 is arguably just as good a game, if not better. 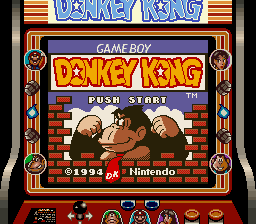 Donkey Kong ‘94 took the basic concepts introduced in Donkey Kong and Donkey Kong Jr. and ran with them as far as they possibly could. They made Mario more versatile since having him lose a life after falling 3 feet would probably come off as a bit silly following the Super Mario series. It did more than make him more sturdy though. This game introduced the triple jump, backflips, and all other manner of acrobatic abilities to Mario’s repertoire. He could toss hammers into the sky and catch them elsewhere instead of being stuck with them until time ran out. He could tuck and roll if he was falling from a height that would probably kill him. He could climb vines just like Donkey Kong Jr. Mario’s new mechanics were perfect.

The gameplay also got a bit of a makeover, too. The first four stages are a basic retread of the original arcade game, but at the end of the 4th stage, instead of rescuing Pauline and leaving Donkey Kong to languish with his head injury, DK gets back up, breaks down the construction site, grabs Pauline, and books it to a nearby city.

What follows is a massive collection of puzzle platforming stages where the objective is no longer just getting to the top of the stage, but instead finding a key and bringing it to a locked door so you can reach the next stage. 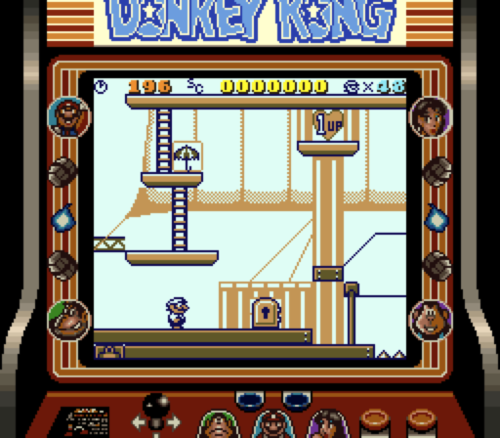 The game is genius from top to toes, and has earned quite a reputation for itself. It was a fairly successful launch at the time too, but that success was short lived.

Donkey Kong came out in late July 1994, leaving it just 4 months in the spotlight before Donkey Kong Country completely took over the gaming world. I love Donkey Kong Country as much as, if not more than the next guy, but for everything that game did right, its one big flaw was how much spotlight it took away from the utterly brilliant Donkey Kong ‘94. Donkey Kong continued his illustrious new career with a number of sequels, but the formula that put Nintendo on the map back in 1981 was once again put on ice.

10 more years went by before we actually got a sequel to Donkey Kong ‘94, and while it was pretty great, it was the beginning of the end for the brand’s identity.

Mario vs. Donkey Kong is a delightful, if a bit garish, game. It follows up a bit more on the puzzle aspects of Donkey Kong ‘94 with things like color swapping switches and whatnot, but it’s really fun. It loses a lot of the unique character Donkey Kong ‘94 introduced with its classic spritework and awesome art direction, but that’s to be expected for something of this era. It’s the story that got things headed in the wrong way. 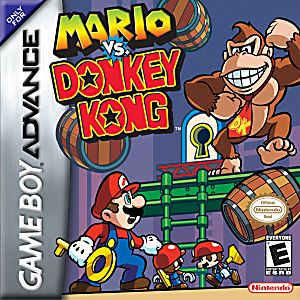 No, I don’t have an actual complainant with the game’s story. Story is mostly irrelevant in Mario platformers (unless you’re Super Mario Sunshine, in which case the story should be skipped at all costs). In this game, Donkey Kong sees a TV commercial for cool new mini Mario toys, and decides to break into the factory where they’re being made and steal a bunch of them. And thus, the Minis were born. Innocuous at first, but soon, they’d steal the spotlight altogether. 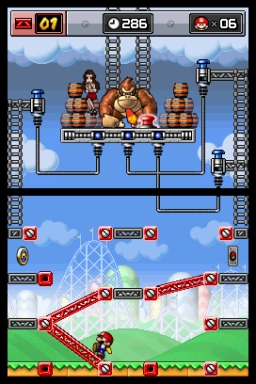 So, let’s recap. Donkey Kong puts Nintendo on the map in 1981, gets a spinoff sequel a year later and then isn’t properly revisited until 1994, where that game gets overshadowed by an unrelated Donkey Kong game, then goes on ice until 2004 only to have its core gameplay ignored in six subsequent sequels. What the heck, man?

I dig the Minis, I really do. Those games are neat. But they should have been in their own IP. They shouldn't have had anything to do with Mario or Donkey Kong in the first place. It’s the perfect kind of gameplay for creating a new IP around. Actually, I can’t help but feeling like they would have been a cool way to revive the Gyromite brand. Instead, they continued the trend of one of Nintendo’s best gameplay designs being completely overshadowed instead of being allowed to flourish.

I hope that someday Donkey Kong ‘94 gets revisited. A flashy, hand drawn animated remake of that game would be incredible. A proper sequel that incorporates elements of Donkey Kong 3 would be killer. The potential is bottomless. In the meantime, the best we can do is replay what we have. The good news there is, what we have is pretty darn great.