I CAN SEE THE FUTURE!

I wrote a whole piece about Castlevania Legacy Collections and now they’re a real thing! Okay, I didn’t actually have anything to do with it. And they’re called Anniversary Collections. And they’re about more than Castlevania. So let’s toss the jokes aside and simply rejoice that Konami has decided to go and do something awesome for the first time in what feels like forever. 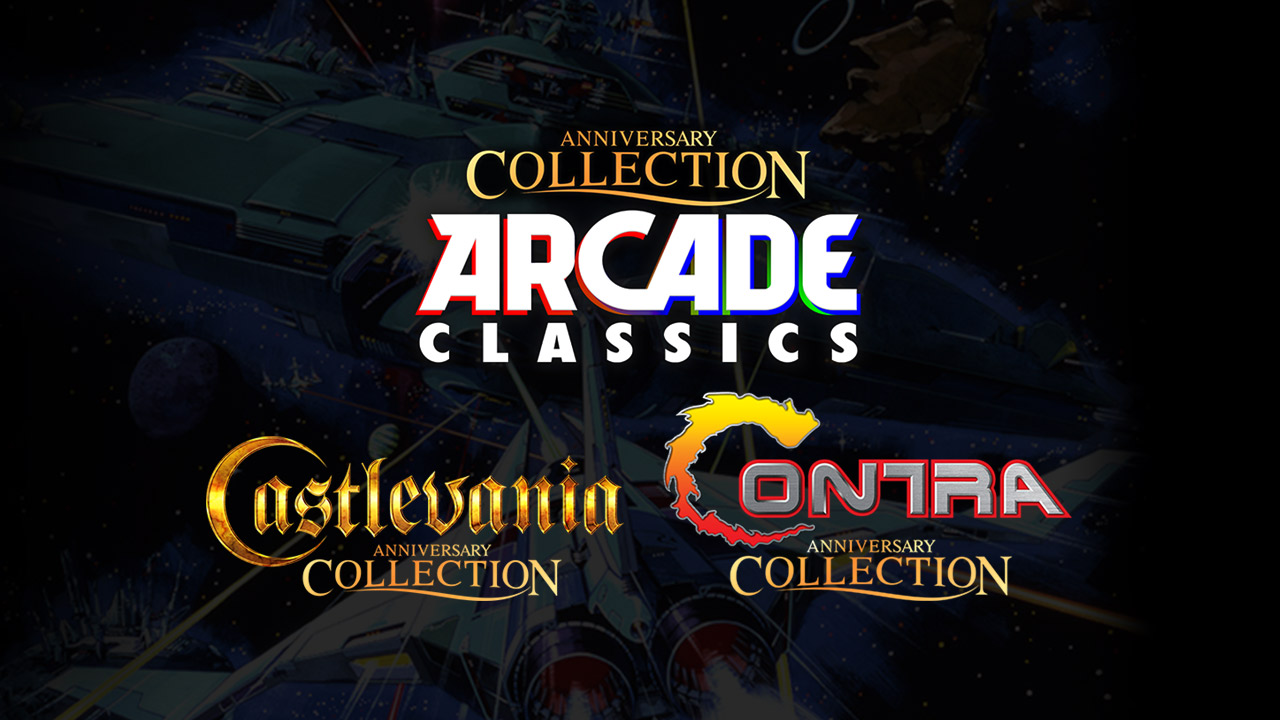 The one with the most details is the Arcade Classics collection. It seems that all of the collections are going to have 8 titles, but of the three that have been announced, only the Arcade Classics one lists all 8 titles. It’s also the only one that lists a price, $19.99, which I think it fair considering the content, and if that price stands for all of the collections, more than fair. These have been announced as digital only releases, which is a big turn-off for some folks, but I’m honestly just happy to have them at all. The Arcade classics lineup is Haunted Castle, Typhoon (A-JAX), Nemesis (Gradius), Vulcan Venture (Gradius II), Life Force (Salamander), Thunder cross, Scramble, and TwinBee. Haunted Castle is the real outlier here in that it’s the only game listed that isn’t a scrolling shooter, and it’s the only game here that isn’t any good. Haunted Castle stands as a really cool piece of Castlevania history, but that’s about it. It’s kinda crap as its own game. But the rest of this collection is really awesome. This is one of the best collections of scrolling shooters I’ve ever seen, so if you’re a fan of that genre, this is going to be a must-buy. 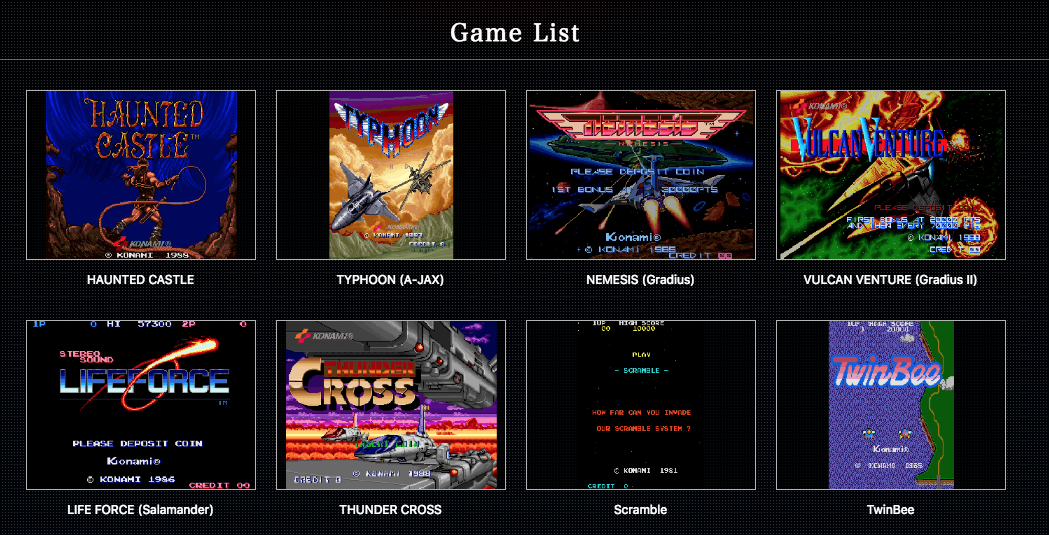 Again, the wording on the site implies that there could be more arcade collections, and I really hope that’s the case because as great as this collection is, there’s still more classic Konami arcade goodness to be had. First and foremost is Frogger, which was originally developed by Konami. I’m not 100% sure that they own the rights to the game as it’s been published by everyone from Sega to Parker Bros. over the years, but it still stands as a killer arcade classic that would be great to have on a compilation. Then you have other arcade mainstays like Gyruss, Rush n Attack, Track & Field, Double Dribble, Blades of Steel, and so on. Unfortunately, there’s pretty much no chance of seeing some of their most prolific arcade beat-em-up work show up thanks to licensing issues. As awesome as it would be to have a collection of Teenage Mutant Ninja turtles, Teenage Mutant Ninja Turtles: Turtles in Time, The Simpsons, and X-Men, that's just never going to happen in a million years. Though with Disney now owning both the X-Men and Simpsons licenses, maybe getting those two in one place could happen. Who knows?

Now let’s turn our attention to the Castlevania Anniversary Collection. I’ve already written my speculation about a dream Castlevania Collection series before, so let’s take a more realistic approach to this one. What really throws me off here is that the four games they’ve announced for the collection so far are not what I expected. Well, one of them in particular really. 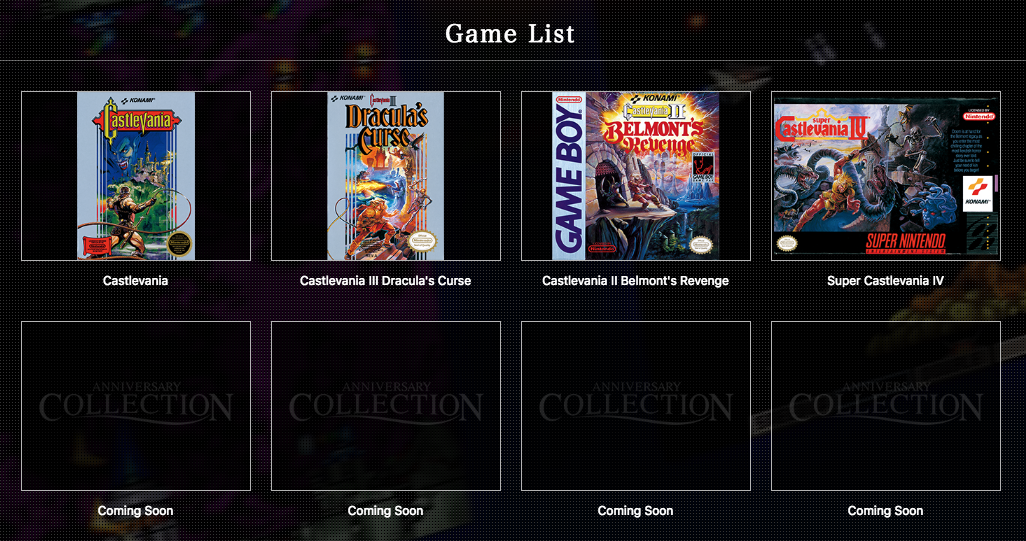 Castlevania, Castlevania III: Dracula’s Curse, and Super Castlevania IV all make perfect sense. They’re the most iconic entries in the franchise, they’ve been ported to multiple platforms many times, and their historical significance to the franchise is undeniable. What throws the speculation machine into overdrive is the inclusion of Castlevania II: Belmont’s Revenge instead of Castlevania II: Simon’s Quest. Not only has Simon’s Quest not aged terribly well (it had its own litany of problems to begin with) but the quite awesome Belmont’s Revenge has never been re-released before. Okay, there was an obscure Japan-only Konami collection that semi-colorized the game back on the Game Boy Color, but digital shops like the Virtual Console or PSN have never seen this game before. So with this collection seemingly open to including games that have never been re-released, and focusing on the more action-oriented Castlevania games over the exploration-heavy ones, the remaining four titles could be really interesting.

My wish list is Castlevania Bloodlines, Castlevania: Rondo of Blood, Castlevania Chronicles, and Castlevania: The Adventure ReBirth. Bloodlines has inexplicably never been re-released on any format, and tells the stories of two relatively important protagonists in Castlevania’s lore. It’s also really freaking good. Rondo of Blood is where Richter is from, originated Castlevania’s most iconic art design, and is legendarily awesome in its own right. This was just recently released as part of the Castlevania Requiem pack for PS4, but I suspect these Anniversary Collections are going to be all about recreating the original experiences with no real remastering going on, so I wouldn’t rule it out on that account. Castlevania Chronicles is one of those Castlevania titles Konami seems to love trotting out whenever they can, and I guess gives us the origin of Simon Belmont’s pink hair for some reason. It’s pretty good, too, so there’s that. And finally there’s ReBirth, which is great, and completely unavailable by any legal means since the Wii Shop Channel closed down. 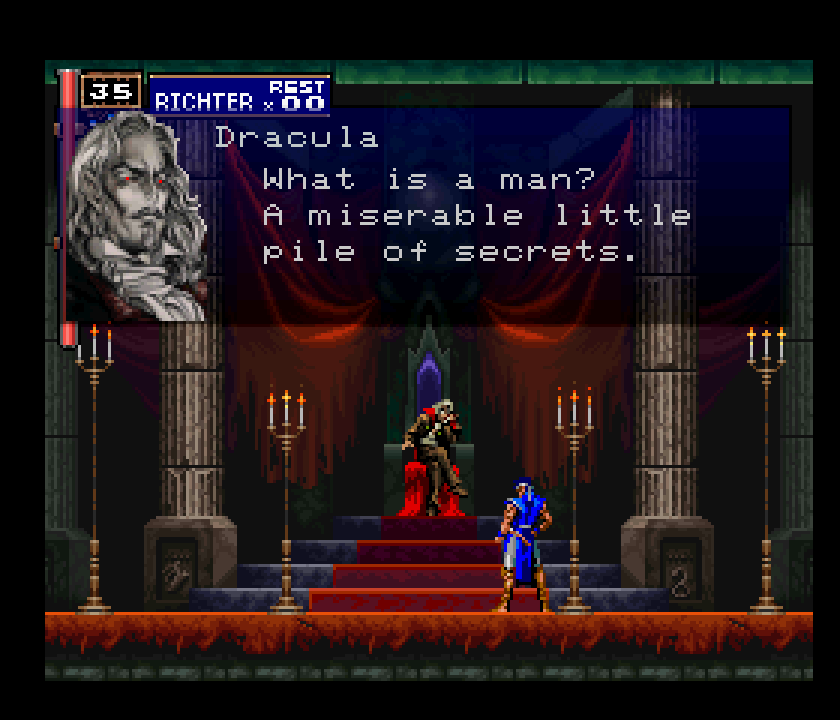 As for future collections, I’d put my money on a Metroidvanis collection with Symphony of the Night, Circle of the Moon, Harmony of Dissonance, Aria of Sorrow, Dawn of Sorrow, Portrait of Ruin, Order of Ecclesia, and Simon’s Quest. Then they could follow that up with the 3D games, Castlevania for Nintendo 64, Legacy of Darkness, Lament of Innocence, and Curse of Darkness. With them being big, fancy 3D games, I wouldn’t be surprised to see only 4 games on that pack. Makes perfect sense, right?

So that just leaves us with the Contra Anniversary Collection. The four games included so far are Contra (Arcade), Super Contra, Super C, and Contra III: The Alien Wars. Filling the remaining four slots here is a bit more difficult because there doesn’t seem to be any indication that there will be multiple volumes of Contra collections. So with four slots left and way more than four Contra games left to include, which four should they go with? 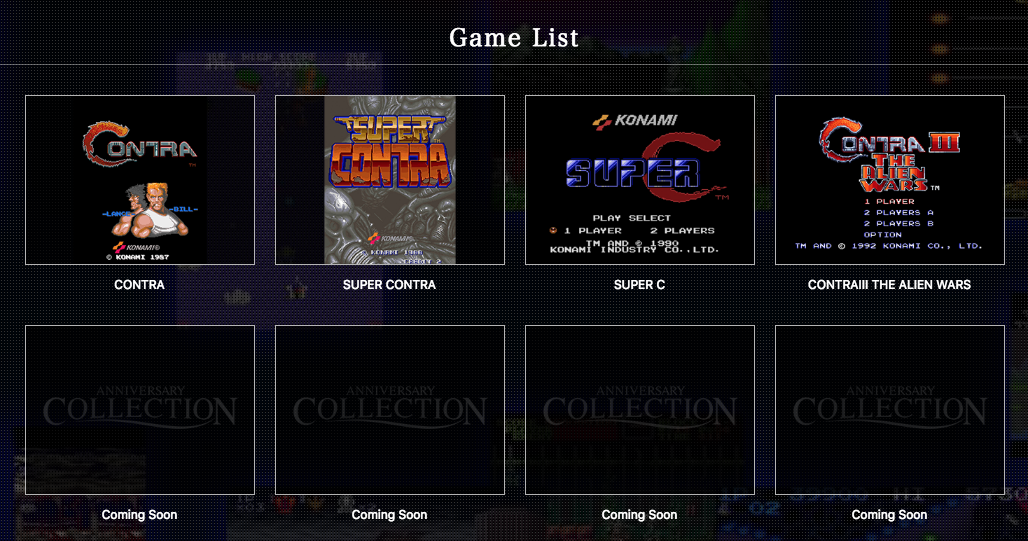 First and foremost, one slot absolutely needs to go to Contra for NES. To my knowledge the only times that game’s been re-released was on the obscure Windows Konami Classics: Castlevania & Contra pack, and as an unlockable in Contra 4 for Nintendo DS. Contra for NES is why Contra is famous. That didn’t come from the arcade game, it came from the NES game. It popularized the Konami code. It set the bar for couch co-op gaming. It’s unbelievably important to the history of that franchise, and it needs to be there. Next, I’d say Contra: Hard Corps for Sega Genesis. Like Castlevania Bloodlines, it’s a badass Sega Genesis game that’s never been re-released anywhere for no good reason, and it still holds up today. It’s tough as nails and more than a little weird, but in the best way possible. For the third spot I’d say Contra 4. This Wayforward developed masterpiece is absolutely everything a Contra game should be. It didn’t really rely much on the touch screen, so porting it wouldn’t be impossible, but it would still be a bit of a challenge considering the vertical nature of the game. If you’ve never played it, the action takes place on both DS screens as if they were one big vertical screen. It’s incredibly cool, but that does make it a little hard to make work on standard displays. That said, there was a port of Contra 4 to mobile phones, and even though it looks terrible, it stands to reason the game could possibly be adapted if necessary. Or it could just play out super vertically like the two arcade Contras. That leaves one last slot, and that’s a real tough one. On one hand you have the 3D stuff like Shattered Soldier and Legacy of War, but most of the modern Contra games haven’t been met with much acclaim. There’s Hard Corps: Uprising, but that doesn’t even have Contra in the title. It’s supposed to be really cool, though. But for my money, I say they will include Contra ReBirth. As a WiiWare exclusive, it’s one of the most criminally underplayed entries in the series, it’s super cool, and it really fits in with the other games on the collection. 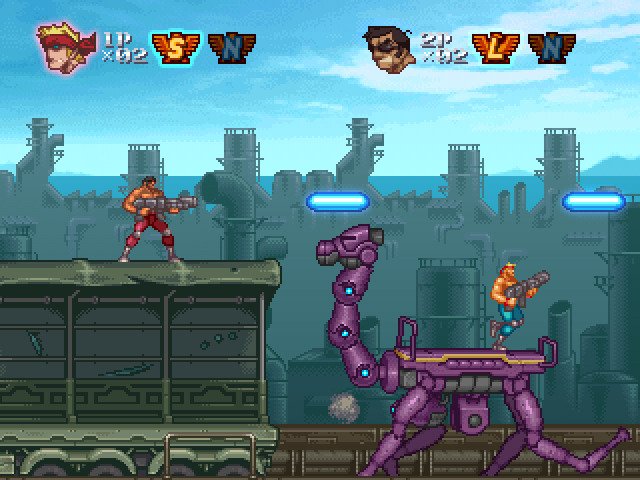 I guess the only thing left to cover is what’s next. Like I said, I’m going to assume there will be a volume 2 for the Castlevania and Arcade Classics collections, but Konami’s got a heck of a lot more in their catalog that would be great to see. Probably the biggest hole in this lineup is the lack of Metal Gear. Sure, there have been plenty of Metal Gear collections over the years, but that’s because people can’t get enough of them! A retro themed Metal Gear collection that has Metal Gear and Metal Gear 2: Solid Snake for MSX, Metal Gear and Snake’s Revenge for NES, and Metal Gear Solid for Game Boy Color on it would be a really interesting pack. And how about giving us another shot to play Twin Snakes one of these days? That franchise is really a bottomless well of great re-release ideas. 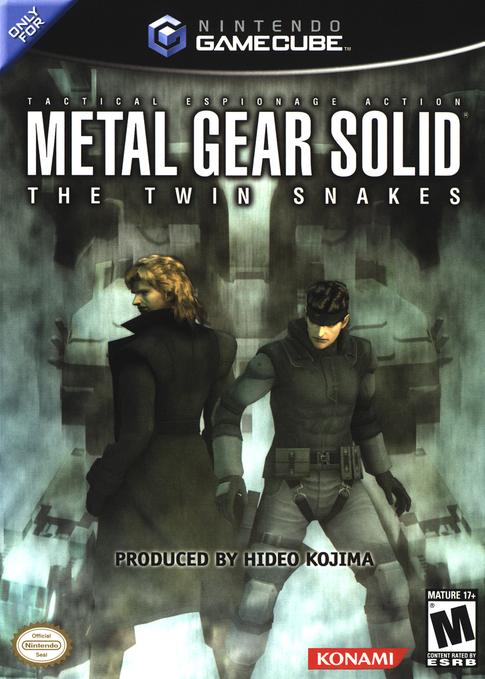 It’s also pretty easy to overlook, but Konami’s Dance Dance Revolution and Beatmania games are a hugely important part of their history. I can’t say i’d be super stoked to have them personally, but a DDR Anniversary Collection would probably sell pretty well.

But what I would love more than anything would be a Konami Console Classics line. I wrote a whole article about the TMNT games being collected together, but there’s still so many great Konami classics that would be so cool to have collected. All the silver label and Ultra Games titles for the NES like Skate or Die, Stinger, Track & Field II, Silent Service, and of course the Goemon games, are mostly lost in time. Konami’s 16-bit output was full of awesome games like Gradius III, Axelay, Mystical Ninja, Sunset Riders, Rocket Knight Adventures, both Sparkster games, and even International Superstar Soccer. Then you have some of their next level stuff like Snatcher, Mystical Ninja 64, Hybrid Heaven, Elebits, Gradius ReBirth, and so on. Konami did delve pretty heavily into licensed properties like Tiny Toon Adventures which are unlike to see spots on these collections, but their original stuff is legendary, and should absolutely be included if possible.

I know a lot of this is very pie in the sky, but celebrating the company’s 50th anniversary is a pretty big deal, and if there’s money to be made, I’d like to think Konami will jump at the chance. What do you think? How many Konami collections would you buy? Is the lack of physical media a dealbreaker?