When I was younger, I secretly loved the Sega Genesis, and I kept that secret as close as I could. I was a Nintendo kid through and through, so when it came time for lunchroom arguments over who had the better console, I could trash the Genesis like the best of them. The Super NES is still my favorite system of all time (though I have to say the Switch is creeping ever closer to that mark) and with good reason. Its game library is insane, it has one of the best controllers the world has ever seen, and its ad campaigns were absurdly fun to watch. But no matter how hard I tried to hide it, there was no denying that I had a fascination with the Sega Genesis since day one. In light of the Sega Genesis turning 30, I thought it would be fun to look back on my time spent with the system, and my personal top 5 things that made this Nintendo kid jealous of his Genesis-owning friends.

When I started out in gaming, all I had was an Atari 2600, and I loved that thing with all my might. Then I was introduced to the NES and it changed everything about how I viewed video games. That was such a monumental leap in graphics and gameplay. But shortly after seeing the NES, I saw my first Master System. I played Fantasy Zone at my uncle’s house and I was mesmerized by the colors. I turned the system on without a cartridge in it and I got to try Hang On and Safari Hunt. And Safari Hunt was totally better than Duck Hunt! (Nothing against Duck Hunt, that game rules) and for a minute I thought about maybe asking my parents for a Master System instead of an NES. Three factors separated me from forever being a Sega kid though. The controller didn’t feel as good to use as the NES one, the music and sound effects weren’t anywhere near what the NES could do, and it didn’t have Super Mario Bros. The reason I bring this up is to illustrate that I’ve always had a healthy respect for Sega platforms. But when you were a kid in the 80s and 90s, the system you had was the system you had. Most people didn’t live in multiplatform homes, so you had to defend your (or your parents’) choice to the death! 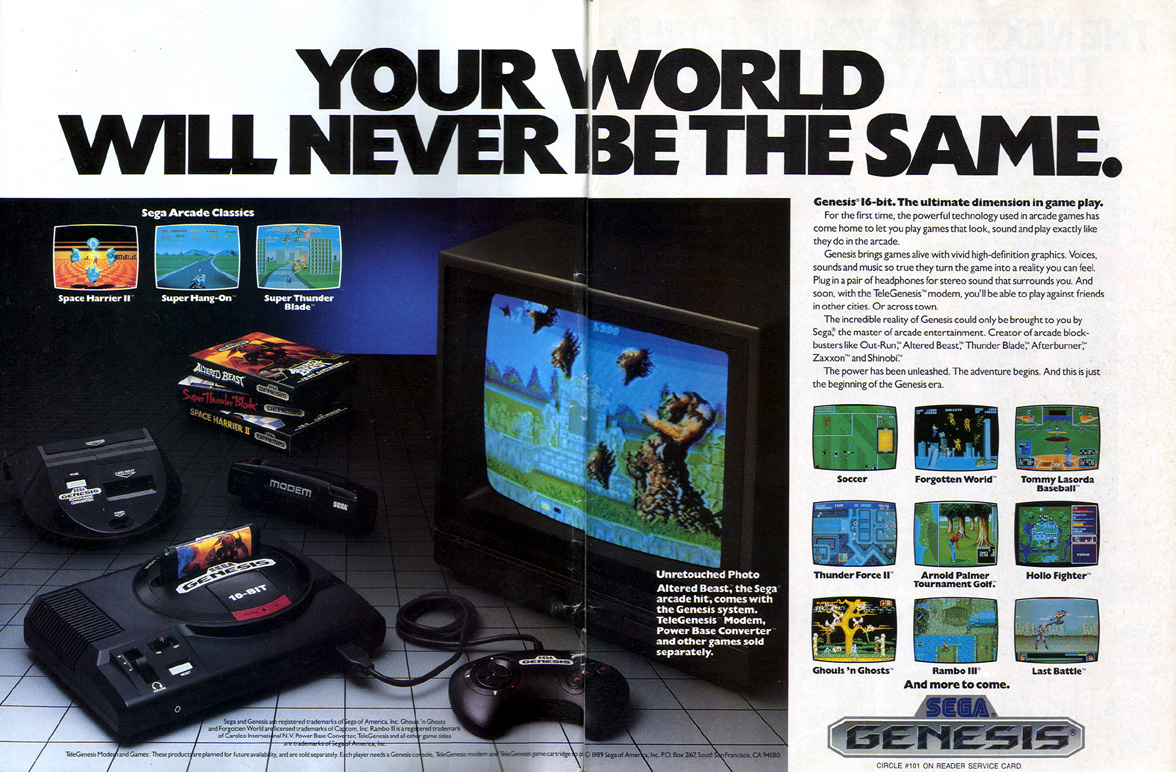 I don’t remember how I heard about it, probably via some sort of TV commercial, but when the Genesis became known to me, there was some discussion between my sister and myself about getting one of our very own. This was a pretty unlikely scenario because we hadn’t had our NES very long (I’m pretty sure we got ours in 1988) and it took a lot of persuading for our parents to spend the cash on that in the first place. Buying a new console seemed like a pipe dream, but my specific brand loyalty hadn’t been good and truly solidified quite yet.

I loved my NES to death, but I had my Atari too. I just figured jumping from platform maker to platform maker was the thing you did back then. I remember thinking the graphics looked really cool, and my sister and I were big fans of Altered Beast in the arcade, but when I saw the Genesis it really made me wonder what a 16-bit Nintendo would look like. Of course, it wasn’t long before Nintendo Power published their first look at Super Mario World, and that was basically a wrap for my desire to own a Sega Genesis.

Even after playing one at a couple of my friends’ houses, amusingly enough the same things that turned me away from the Master System reaffirmed my choice in the Super NES. The Genesis controller always felt mushy and plasticy compared to the super tight SNES one. The Super NES had vastly superior sound (to my ears, I know this is a very subjective thing), and Super Mario World was only on the SNES. My decision was made, Nintendo fealty forever! Sega Genesis was the bad guy!

This foolish brand loyalty cost me a lot of fun gaming experiences. For anyone who lived through the 16-bit wars, they were fierce. Fun in retrospect, but at the time they were undeniably fierce. Sides were chosen and that was that. But even as a fervent Super Nintendo kid, there were times when the allure of the Sega Genesis was almost too much to take. Here are my top 5 things that made me jealous of the Sega Genesis. 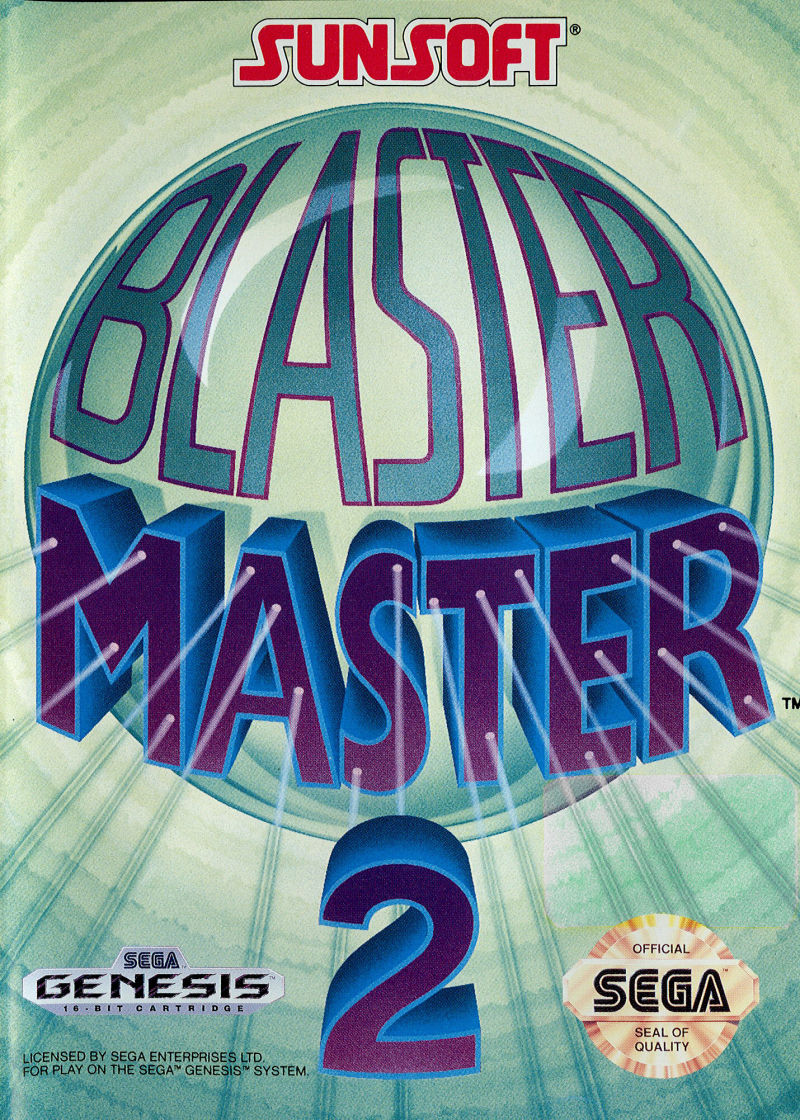 The original Blaster Master for NES has been one of my absolute favorite games since I first played it as a kid. Years later I was in Toys R Us with my friend Joe and I saw that bright green Blaster Master 2 box and I couldn’t believe my eyes. They finally made a sequel to one of my absolute favorite games... and it wasn’t on Super NES, but the Genesis! I’m not exaggerating when I say that at that moment in time, I was devastated.

I honestly don’t remember how I wound up playing it for the first time. I think I convinced my friend Greg to rent it or something, but my time with the game was painfully short and left my mind reeling with the possibilities of a proper 16-bit Blaster Master. I would later learn that the game wasn’t half as good as I hoped it would be, but I seriously considered finding a way to get a Sega Genesis when Blaster Master 2 came out. 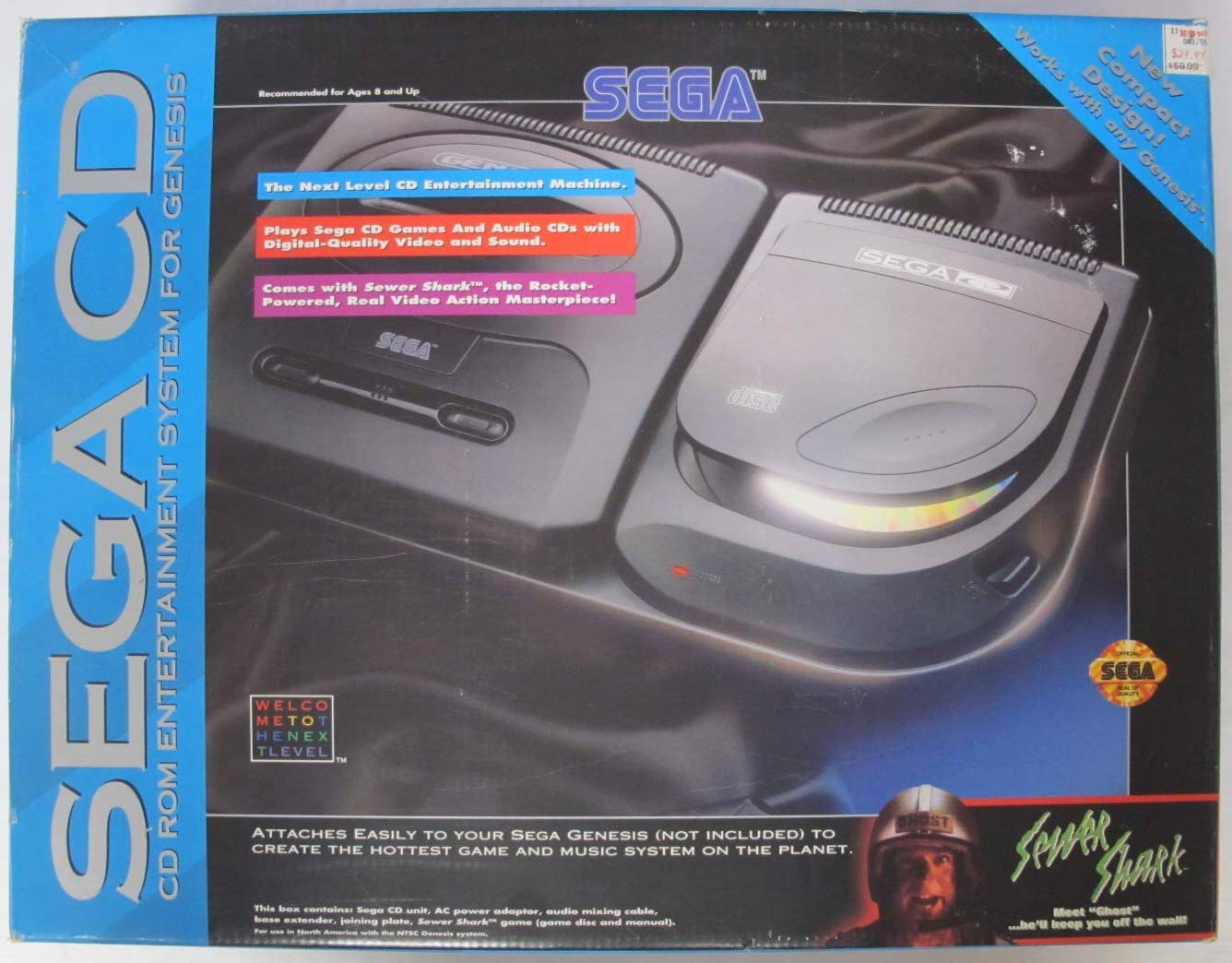 When my Dad brought our first PC home, I was immediately enamored by CDs. When I was little we had a record player. Then cassette tapes happened and they were cool and all, but CDs weren’t just the wave of the future, they were like the records of old dressed up as future tech! After spending time with The Secret of Monkey Island, Wing Commander, and Ultima VI: The False Prophet, my mind endlessly whirred with what future home consoles could do with CD technology. Then Sega went ahead and did it.

Exactly none of my friends got the darn thing, but the videos I saw in stores, the images I saw in magazines, they were all incredibly cool. More than anything though was those long boxes the games came in. I’m a sucker for uniform branding, and when Sega started hitting us with the blue striped Sega CD packaging that perfectly complemented the red Genesis and purple Game Gear stuff, I can't deny that I was jealous. I’ve always loved the durable cases Sega games came in more than the flimsy cardboard Nintendo and Atari used, but those gigantic jewel cases were the coolest. 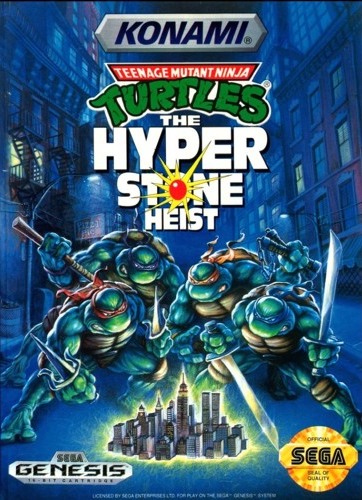 As a Nintendo fan, I was always able to point to some of the awesome third party support they had as a great reason to choose Nintendo over Sega. After all, you could only play Castlevania, Contra, Ninja Turtles, and more on Nintendo. Then Konami started taking the Genesis seriously and they hit the platform with a crazy collection of really awesome and interesting games. Castlevania: Bloodlines, Contra: Hard Corps, and TMNT: The Hyperstone Heist all looked incredible, and while they may not be the best examples of their respective series when viewed today, at the time they were a tremendous source of jealousy.

Sure, the SNES has the (arguably) superior Super Castlevania IV, Contra III: The Alien Wars, and TMNT: Turtles in Time, but that doesn’t make these new Genesis-exclusive entries any less cool! And that doesn't even take into consideration original Konami Genesis-exclusives like the sublime Rocket Knight Adventures. Konami’s Genesis output was completely insane, and as a Nintendo fanboy, I missed out on some killer games for way too long. 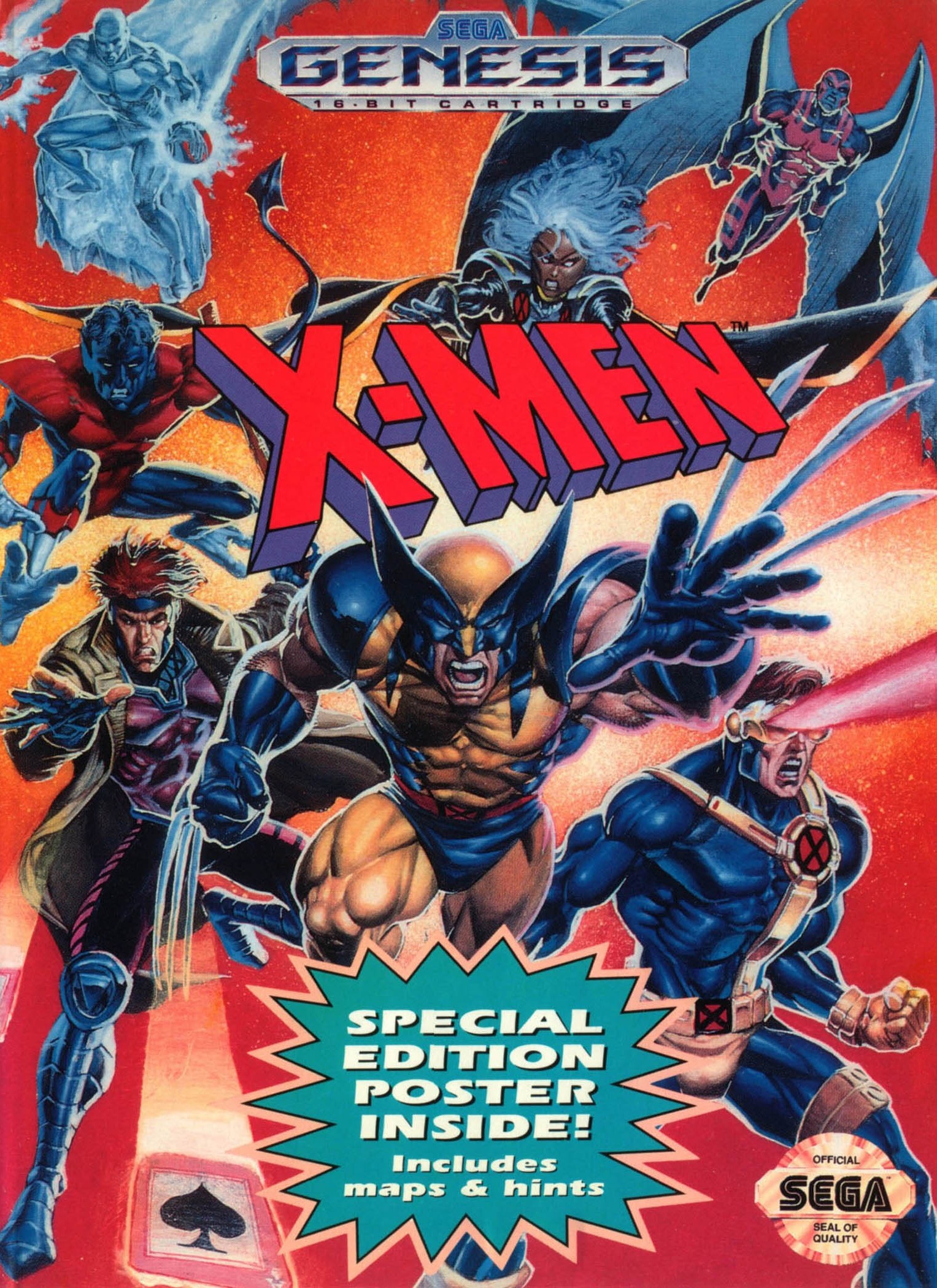 I was absolutely obsessed with the X-Men as a kid, which was weird because there weren’t any comic book stores near me. The comics themselves were like these mysterious relics that I hoped to actually pick up and see someday in the distant future. No, I learned to love the X-Men through the X-Men and Marvel Universe trading cards, the endless run of ToyBiz action figures, and of course, the FOX X-Men animated series and the one-off Pryde of the X-Men VHS tape. I couldn’t get enough of these characters. I adored their designs and I learned as much as I could as often as I could.

Then in 1992, my love of X-Men finally met my love of video games in the form of the infinitely awesome X-Men arcade game (I didn’t know X-Men for NES existed, which in retrospect is a probably good thing). I hoped and hoped that said arcade game would get ported to the SNES, but the only X-Men game I got was the abysmal Spider-Man/X-Men: Arcade’s Revenge. Then X-Men for Sega Genesis showed up and no, it wasn’t the arcade game, but it was a heck of a lot cooler than Spider-Man/X-Men!

My friend Greg got this one and the two of us spent countless hours trying to figure that weird game out. Looking back, it’s not exactly what I’d call a “good” game, but at the time it was enough to drive me a little mad. A year later Capcom would release the exceptional X-Men: Mutant Apocalypse so that initial sting of X-Men exclusivity faded for sure, but that year was tough, man. 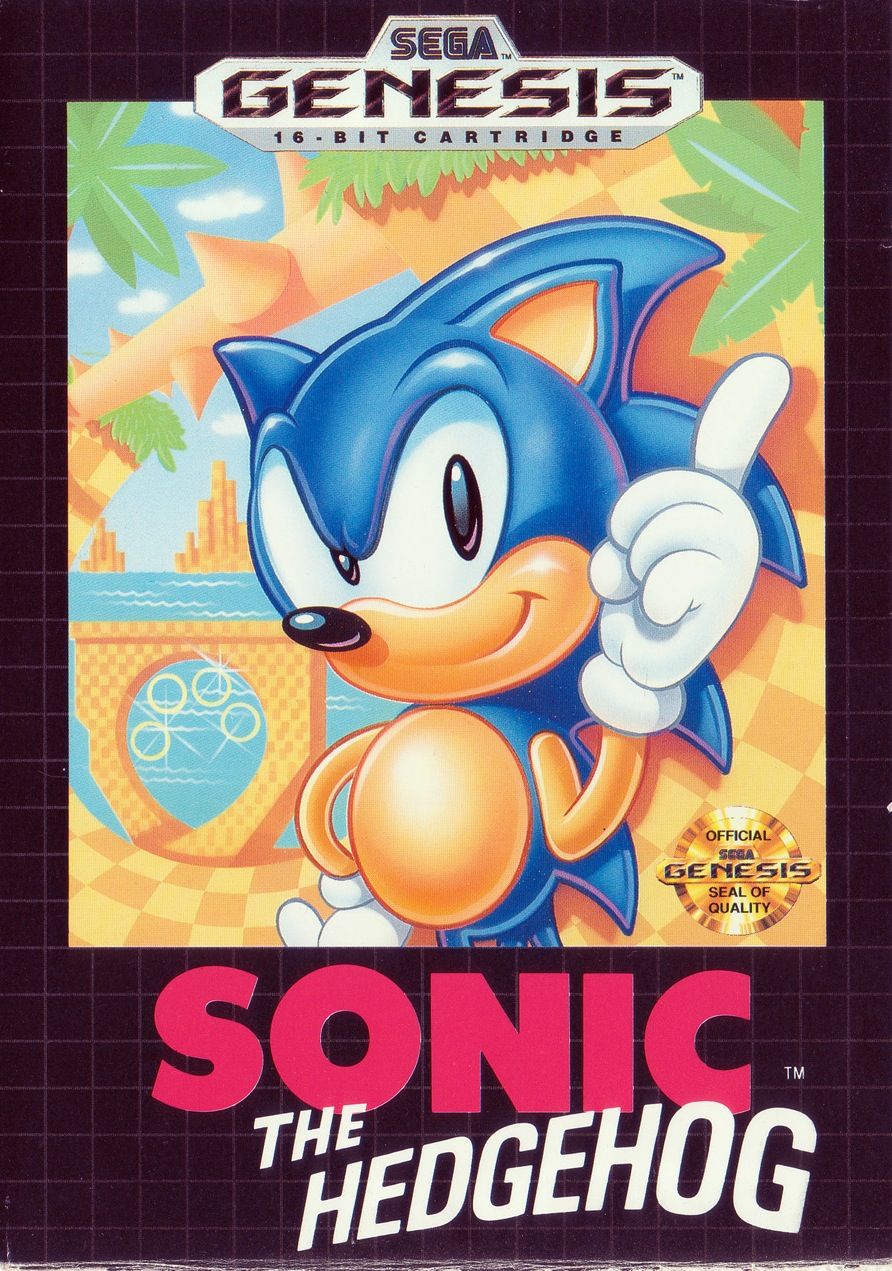 Of course Sonic was #1. No, Sonic the Hedgehog isn’t as good a game as Super Mario World. I don’t even think it’s as good a game as Super Mario Bros. But that doesn’t matter because it’s still a very good game, and not only that, it LOOKED and SOUNDED like nothing on the Genesis before or honestly since. Sonic was Nintendo-caliber game making. Almost every great Genesis game I can think of has a certain lack of polish to it that holds it back from clicking with me the same way most Nintendo games do, but not Sonic.

With the exception of Rocket Knight Adventures, Sonic, Sonic 2, Sonic 3, and Sonic & Knuckles were virtually unparalleled on the platform, and I noticed big time. Super Mario World looked nice with its scrolling background, but Sonic had multiple layers of scrolling. Mario could run up walls with a running start, but Sonic could run faster than Mario could even dream, and he could do it through loops and off ramps! Sonic was such a great character, and the rivalry he created was so much fun to be around.

I outwardly hated Sonic, but every time a new game was released you better believe I was at Greg’s house anxiously waiting to learn more about Tails, Knuckles, and whatever amazing new zones Sonic and his friends would travel to. I’ll never love the Sonic series as much as Mario Metroid, Zelda, or even Kid Icarus, but it’s up there, especially the classic 2D stuff.

Those are just my top 5. There were plenty more where that came from, but what about you? Were you a Nintendo kid who secretly coveted a Genesis? Tell your stories!