This game most certainly doesn't stink

Next month, EarthBound turns 25. June 5th, 1995 marks the date the now legendary game went on sale for the Super NES in the US, and it’s crazy to see just how far its legacy has come.

EarthBound had a pretty wild ride coming to the US at all. In case you aren’t familiar with the game’s lineage, EarthBound is actually the US localization of a game called Mother 2. The original Mother was actually translated and set to release on the NES here in the US under the name EarthBound as well, but for whatever reason, Nintendo of America ultimately decided against releasing it here. Mother wouldn’t grace our shores until June 2015 on the Wii U Virtual Console as EarthBound Beginnings. 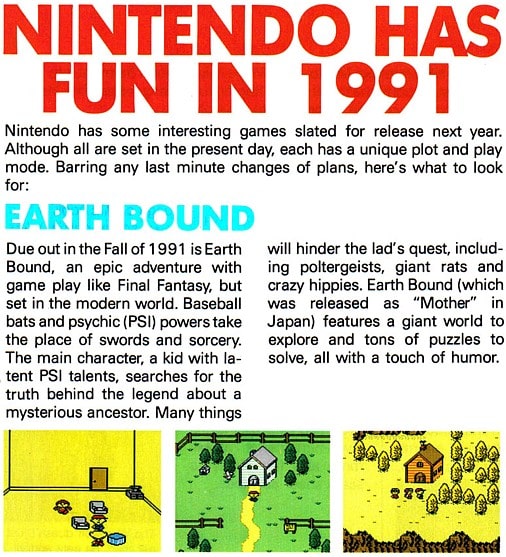 With the franchise’s first iteration missing its release, it’s actually sort of amazing that Mother 2 saw the light of retail at all. Sadly, when it did, it wasn’t exactly met with open arms. Sure, there were some folks who appreciated it for the bizarre wonder that it was, but largely, EarthBound and its oversized box were ignored by North America.

Eye of the Beholder

What may not be apparent to younger audiences who discovered EarthBound through Smash Bros. is that graphics were incredibly important back in those days. Sure, people analyze graphics today too, but this was different. Today, you can find side by side comparisons between the latest PS4 and Xbox One releases and they look nearly identical. One may have slightly sharper textures or run at a more consistent framerate, but back when it was Super NES vs. Genesis, the differences were massive, and the console loyalty was just as fierce as it is today, possibly even moreso.

Games looked and sounded completely different. Even if they looked similar in screen shots, when they were in motion, you could almost always tell if you were looking at a Genesis or a SNES game. Naturally, when it came to showing off exclusives, this was the ultimate fuel for console war arguments. 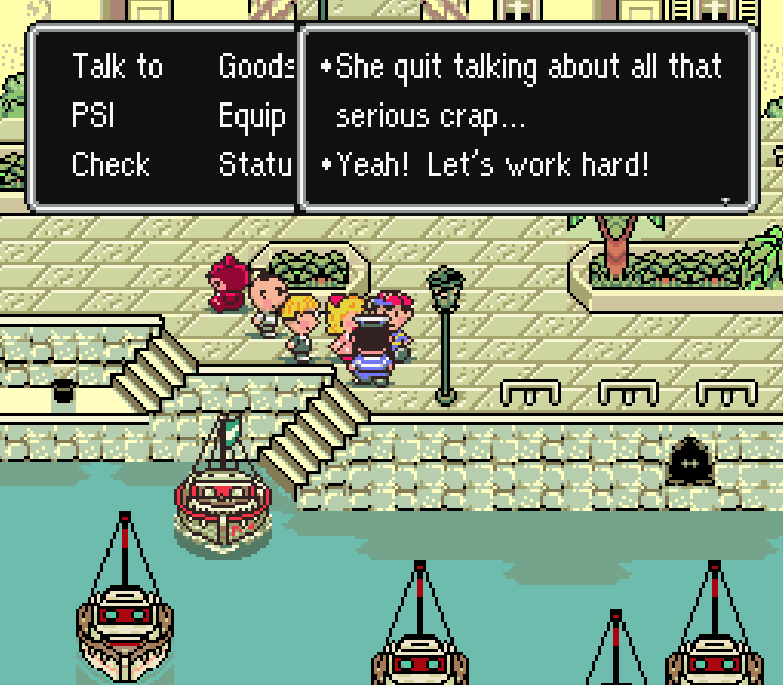 By the time Mother 2 was being localized for the US, a couple of things were happening. One, Super NES was really hitting its stride in the graphics department. Donkey Kong Country had already set the new standard in graphics and animation, and the jaw-dropping Yoshi’s Island was just a few months off. Elsewhere, JRPGs were starting to prove a major selling point for Nintendo’s console over Sega’s, thanks to Squaresoft’s Final Fantasy III, Secret of Mana, and their upcoming hype magnet Chrono Trigger. JRPGs being what they were at that point, it was a pretty good time for Nintendo to try and push one of their very own.

People love EarthBound’s style today, but much like The Legend of Zelda: The Wind Waker at the time, things like art direction weren’t exactly impressive in the eyes of the general gaming public. If it wasn’t pushing the limits of what the SNES could do, especially after Donkey Kong Country, it looked “bad.”

EarthBound was hit especially hard by this because its art style was incredibly simple. I distinctly remember showing the game to people back then and hearing them say it looked like an NES game, and that was enough for them to write it off without so much as a second thought. 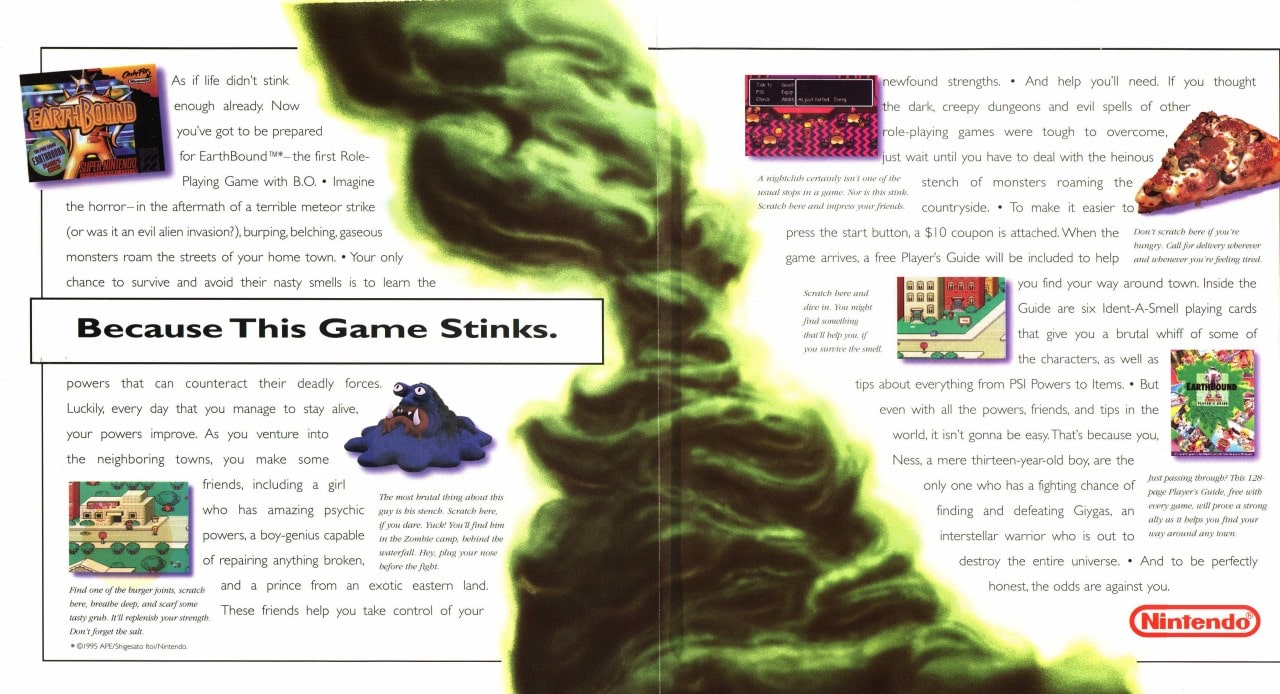 What Else Went wrong?

Many chalk EarthBound’s failure to its marketing campaign. The slogan “this game stinks” probably didn’t do it the favors they hoped it would, but it was a memorable campaign, and the scratch and sniff stickers in magazines fit right in with the irreverent nature of kids advertising of the time. Having the game come with a strategy guide probably didn’t make it seem all that accessible to people either. Any number of factors can be cited as to why exactly EarthBound didn’t resonate with audiences, but from what I saw at the time, there was no bigger factor than what people called back then “bad graphics,” which amusingly enough, is one of its most endearing traits today.

So here we are, on the eve of EarthBound’s anniversary, and thanks largely to Ness’s appearance in Super Smash Bros., the game has become a cult phenomenon. The cart itself goes for astronomical prices in the second hand market (though there are other ways to play it now, which you may already know about if you’re reading this…) and it’s still finding new audiences today. When EarthBound Beginnings was finally released in the US on the Wii U Virtual console, it saw record sales for the service, and Mother 3 is probably Nintendo’s most requested localization project of all time. 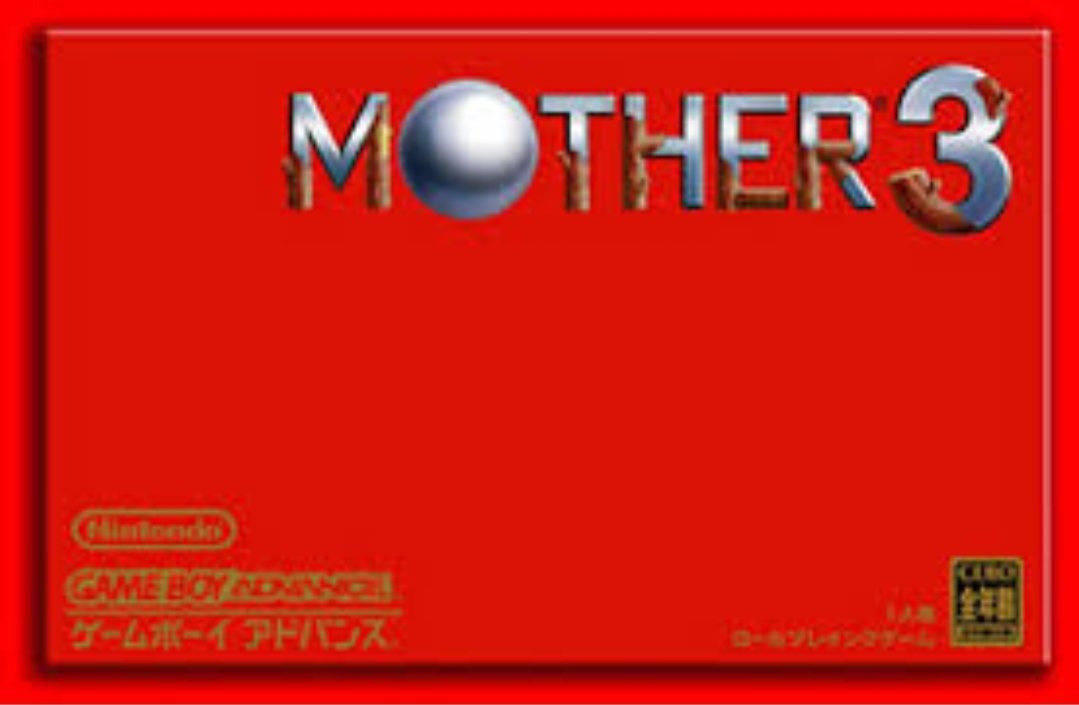 There’s no shortage of EarthBound-related stuff going on for its US anniversary too. A new book has been announced full of all sorts of texts from all three Mother games, and more announcements have been promised. They could be as simple as some new T-shirts or something, but hope that Mother 3 will actually finally be released in the US, along with possibly including EarthBound Beginnings and EarthBound in some capacity, would be most welcome indeed. EarthBound Beginnings in particular has only ever been on the Wii U Virtual Console, which features notoriously terrible NES emulation, making it a pretty bad way to play the game in the first place. If it were to come to switch, a console that has absolutely nailed NES emulation, it wouldn’t just reach a considerably more massive audience than the Wii U ever had, but it would be finally done proper justice.

What would be even more exciting though would be a potential remake for the three games. Maybe not a full 3D situation, but a proper HD remaster would be simply incredible. That said, any further looks into the history of EarthBound 64 (the game that eventually became Mother 3 for Game Boy Advance) would be awesome to see too. 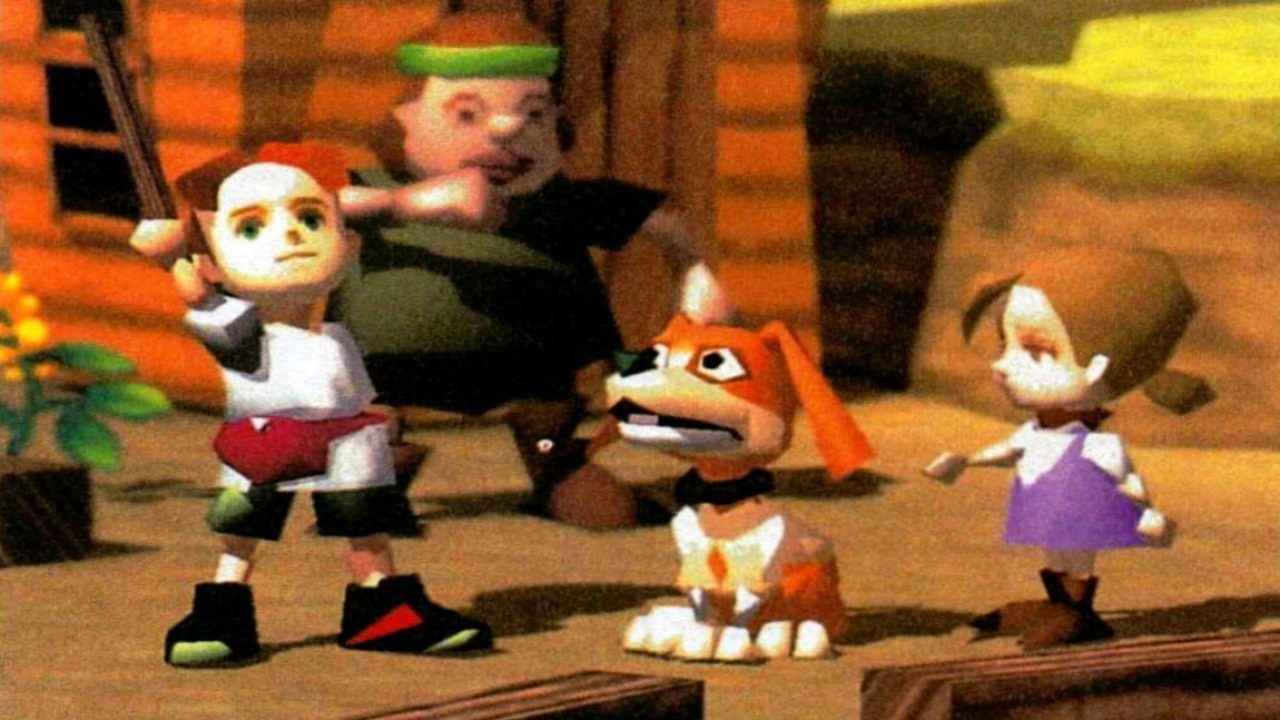 So, EarthBound fans have something to celebrate. Hope of a Mother 3 port still exists, though I suppose people are probably tired of having their hearts broken in that particular regard, but it’s there. There’s never been a better time to dust off your SNES and give the game a proper go. Chances are, if you like JRPGs, you'll find something to love about it. Even the graphics.