Ever since I was a kid, The Legend of Zelda has been my favorite game franchise. I will always adore the Mario games, Metroid holds a very high place in my heart, Donkey Kong Country was nothing short of an obsession for me, and Pit from Kid Icarus is my favorite Nintendo character, but The Legend of Zelda is on a whole other plane for me. No game has captured my imagination the way the Zelda franchise has, and easily one of the most magical (and frustrating) times to be a Zelda fan was during the lead up to Ocarina of Time 20 years ago today.

I played the Zelda games in order. My first interaction with the series came when I saw my sister playing the original gold cart with a friend of hers. It reminded me of Adventure for Atari 2600, but so much more involved. I was enthralled, and as soon as I got my hands on my own copy of the game I couldn’t stop not just playing the cart itself, but poring over the instruction manual and obsessing over everything Zelda-related I could find. Then came Zelda II: The Adventure of Link. It didn’t enter my life very long after I discovered the original, so I was just wallowing in peak hype levels at that point. The world was so much bigger, the mythology in the instruction manual was fascinating, and even though the gameplay had taken a dramatic turn, it was no less fun than the original. Meanwhile, in the real world, The Super Mario Bros. Super Show was playing Zelda episodes every Friday, Nintendo Power magazines occasionally graced my house, Nintendo Cereal was on my breakfast table (with 50% Zelda themed sugary bits), and I even asked my Mom to make me a Link costume for Halloween one year. (Everyone thought I was Peter Pan.) 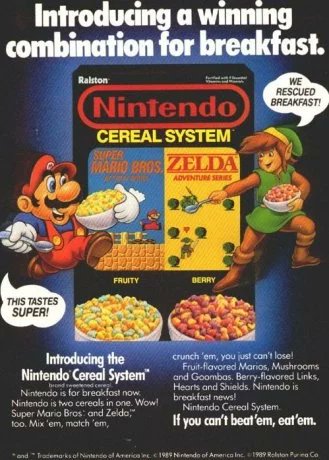 When it came time for the SNES, A Link to the Past was nothing short of life-altering for me. An improvement in every way over the first two games, Zelda on SNES was a dream come true. It still looks and plays amazing today. Just thinking back to the rain at the very beginning of the game. The story, the dungeons, Death Mountain, all of it. Seriously one of the most spectacular games ever made. Then came Link’s Awakening, and while it wasn’t the next gen evolution of the franchise, it was still an incredibly magical experience, and it was portable Zelda!

This is where, to my mind, the hype for Ocarina of Time officially began.

Shortly after Link’s Awakening, I started seeing infomercials for the Philips CD-i. During these weekly hour-long ads, they would show off what I thought at the time was the real next gen Zelda game, Link: Faces of Evil. I begged my parents for a CD-i over and over again, but they never caved. And strangely enough, not many magazines were covering Faces of Evil, or its counterpart Zelda: Wand of Gamelon, which I only discovered because I saw it on a shelf in a store next to Faces of Evil. Not knowing that Nintendo wasn’t exactly a fan of those games’ existence, and that they were in fact the hottest of garbage, this struck me as strange. 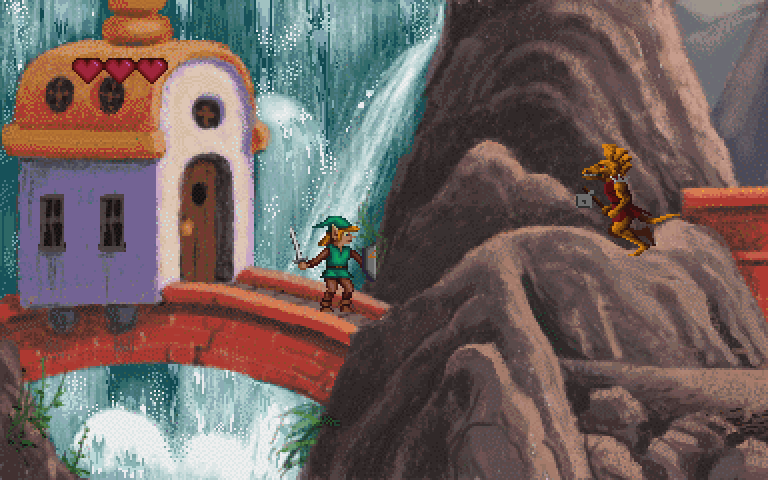 From that point onward, those scenes in the CD-i infomercial were all I had in the realm of a new Zelda experience, and they built themselves up in my head as these mythical creatures that I would likely never get to play. This radio silence maintained for two whole years. I spent countless hours imagining not only what the CD-i Zelda games were like, but what the next proper game in the franchise could be. Then I started hearing about “Project Reality” and how Nintendo was making some big moves to make their next console something truly spectacular. Before I knew it, all eyes turned to Nintendo’s next, the Nintendo 64.

During their annual Spaceworld event, Nintendo showed off the first footage of what was then known as Zelda 64, and at the time, this was beyond impressive.

Yeah, it looks pretty silly by today’s standards, but if you were alive back when this was happening, this was like taking the first steps into a whole new world. These few short seconds were all we had to go on for what the future of Zelda could be, but they were enough to make me forget all about those CD-i games. The following year was filled with me imagining what the rest of the game would look like. How amazing that shiny Darknut looked in 3D. How it would feel to move Link around a 3D world. After Super Mario 64 landed and changed the very foundation of what a 3D game could be, applying that logic to Zelda made the hype even crazier. Then came Spaceworld ‘96. The Nintendo 64’s library was looking much more full, and Zelda 64 had a fresh new look.

Again, it was just a few seconds overall, but Link looked so much better now. Hyrule was starting to take shape. It was starting to look like an actual game, we could finally start imagining what it would actually be like to play the thing. These screenshots graced every magazine out there, and I ate it up like candy. The whole thing, that level of anticipation was just nuts. There’s no other way to explain it. There was no internet to get the latest trailer on, and there was no constant connectivity to video game news. It was just magazines and our imaginations, and using Mario 64 as a template to fill in the blanks, Zelda 64 was looking like it could be the best game ever made.

Spaceworld 1997 rolled around, and you guessed it, we got even more hype than you could shake a stick at. However, the gaming landscape had changed quite a bit over the past few years. The PlayStation was now a factor, and it was bringing some serious games to the masses. Some of the biggest names in gaming were abandoning Nintendo in favor of Sony’s little gray box, and while Nintendo did manage to hold their own, there was no question that Sony had taken their crown as kings of the gaming world. But Nintendo still had Zelda in their pockets. They had been building hype for this game for years, and if it could manage to live up to the hype, the Nintendo 64’s troubles would be over. Fortunately, every time the game was seen, minds were blown.

Finally, we made it to 1998, and it was such an insane year for gaming. Konami released Metal Gear Solid, a game that basically redefined single player cinematic gaming. As a long-time fan of the franchise from the NES days, I couldn’t believe how amazing that experience was. Still, as a die-hard Nintendo fan, there was always this twinge of sadness behind some of these outstanding new iterations of classic franchises I loved. In the US, Metal Gear had been associated exclusively with Nintendo to that point, same with Final Fantasy, Mega Man, and Castlevania, but all those names had left the big N behind in favor of fancy new CD technology, and rightfully so. CDs were the wave of the future, and Nintendo’s stubborn adherence to cartridges back then was a huge mistake. Nintendo had lost a ton of steam, but they still had their own brands, and with the exception of Mario, nothing they owned was quite as big as Zelda. Having to follow Metal Gear Solid was just one more unpassable hurdle for Zelda to cross, but unbelievably, it succeeded. On November 23rd 1998, The Legend of Zelda: Ocarina of Time launched for Nintendo 64, and it lived up to every ounce of hype it had been building for the past 4 years.

I’ll never forget that day. I was a lowly Game Advisor at my local FuncoLand, and when those boxes showed up, I couldn’t believe my eyes. I had my preordered copy, so I was guaranteed a gold special edition, and just opening those boxes and taking the games out for the first time was a thrill unlike anything I had ever experienced. I had seen the title screen up and running at our competition, Electronics Boutique in the mall, a few days prior, and I couldn’t believe my eyes. It was real. I was holding it in my hands, and I couldn’t wait till my shift ended so I could go home and play all night. Which is exactly what I did.

I honestly didn’t think anything was going to match my experience with Metal Gear Solid only a few months prior, but Ocarina of Time pulled it off in spectacular fashion. There were so many absolutely breathtaking moments in that game from beginning to end. From the first sunset over Hyrule Field, to the incredible depths and sounds of the forest Temple, to the bar-raising set piece that is the entire final sequence against Ganondorf, Ocarina of Time was the pinnacle of gaming in its day, and it’s a rare example of a game from that generation that’s still very playable in its original form. 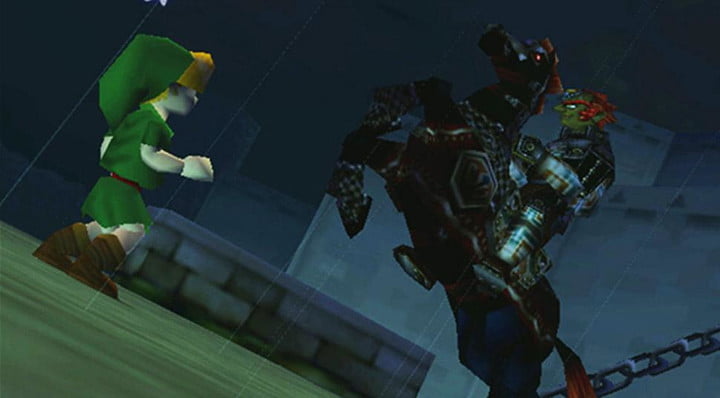 I could seriously go on for days about all the little pieces that made that game as special as it was. It really did manage to live up to the hype on every level, especially at the time, and it remains one of my favorite gaming experiences to this day. Every time I turn it on I’m filled with the memories of that time leading up to it. It was an astonishing culmination of years and years of imagination and hype that has rarely been recaptured since. For those reasons, Ocarina of Time will always be a truly singular game.

And now having played them, those CD-i games are awful.