The Intellivision Amico sure has been an interesting ride so far, hasn’t it? And now the plot further thickens with the announcement of its first exclusive game, a brand new installment in the Earthworm Jim franchise, from the original creators, no less! But is a new Earthworm Jim enough to put Amico on the map?

Jim once ruled the world of video games. When the first Earthworm Jim title hit in 1994, it blew up like crazy. Sega Genesis and Super NES owners were introduced to the completely bananas world of Jim, a humble earthworm who had a super suit dropped on his head, which he then inhabited and became a sort of space faring superhero, out to rescue Princess What’s-her-name from the evil Queen Pulsating, Bloated, Festering, Sweaty, Pus-filled, Malformed Slug-For-A-Butt. The game’s schtick was centered around that kind of irreverence which was especially popular at the time with cartoons like Tiny Toon Adventures and Animaniacs. Humorous gimmicks aside, the game was legitimately funny. Level 2, called What the Heck, took place in “Heck” which is ruled by Evil the Cat (because cats are evil) and is filled with lawyers and elevator music. It even included a game-long gag that started at the beginning of level 1 where you launch a cow into the air for seemingly no reason, only to have said cow land to hilarious effect in the game’s ending sequence. But what really made it work was the fact that it didn’t just have great graphics and awesome music, it was pretty darn fun to play, too. The game is littered with secret areas and hidden pathways, good-feeling controls, and the action is genuinely fun to play. It’s a classic 16-bit game that holds up mostly well today. 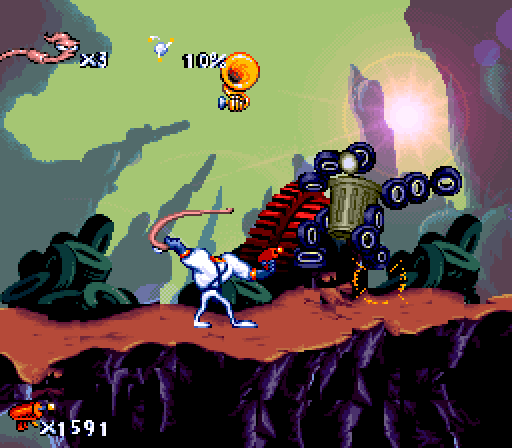 By the time Earthworm Jim 2 arrived on the scene, Jim had become a bit of a multimedia star. There was a cartoon on Kids WB wherein the cast of characters from the game go on wacky adventures. It even starred Dan Castellaneta, the voice of Homer Simpson as Earthworm Jim himself. It wasn’t half bad, either. As a New Jersey resident, the recurring joke about the really nice aquarium that was built in a not so nice town to boost tourism was always good for a chuckle. (The Camden Aquarium really is a nice place.) There was also a line of action figures from Playmates, which were something of a rarity back in those days. Video game characters didn’t get a ton of merch like they do today, so getting to see Bob the Killer Goldfish and his giant cat dude in action figure form was quite a treat for video game nuts like me back in the 90s.

Back to the games, Earthworm Jim 2 was an excellent follow-up to the original, albeit a little weird, and that’s saying something considering the franchise we’re talking about. It took a similar approach to level design as the first game, which is to say each stage almost plays out like its own sort of smaller game. In EWJ1, one stage is built around traditional run and gun platforming. Then you’re racing against PsyCrow in space. Then you’re bungee jumping against Major Mucus. Then you’re piloting an extremely fragile submarine. It’s all very diverse. EWJ2 continued that trend, just to an arguably less successful extent. The second level had you using your gun to dig tunnels in a sort of giant ant colony place, with some very strange dirt physics that never looked or worked quite as smoothly as you would want, but were also pretty ahead of their time. Jim once again rode his rocket that he conveniently keeps in his pocket, but this time it was in a strange ¾ perspective stage that played sort of like a less fun version of Zaxxon. These gripes weren’t enough to ruin the game, though. Earthworm Jim 2 was a critical and commercial success, and deservedly so. Though it arguably took its weirdness levels a step too far (The Villi People stage is just… weird…) it was a blast to play. 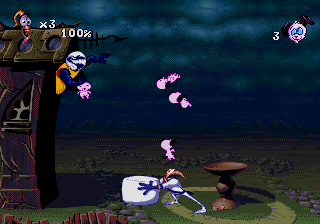 And then the dark ages began. Where Earthworm Jim was once lauded as the next immortal video game mascot character alongside Mario and Sonic, companies being sold and transitions to 3D put Jim in a very bad way. Shiny Entertainment, the company responsible for the first 2 Jim games, was sold to Interplay, and with that transition came some not so great decisions about the Earthworm Jim brand. Shiny shifted their focus to a game called Wild 9, which never really caught on the way Jim did. I remember the game had its fans, especially in the FuncoLand where I worked. There was this one guy who always wanted to sell people on the game, but few really bit. It got mediocre reviews, and that was basically the end of that. Meanwhile, the Nintendo 64/PC exclusive Earthworm Jim 3D could be considered half-decent at best, but nowhere near the highs the series had become known for. It also didn’t help that games like Super Mario 64 and Banjo Kazooie existed to compare Jim 3D to. Being a Nintendo 64 console exclusive was a strange direction to go in too. Since the brand was way more closely associated with Sega than anything else, the Saturn or Dreamcast probably would have been a far more fitting home. Even the PlayStation could have bought a little synergy with Shiny’s Wild 9 if they wanted to go that route, but no. Nintendo 64. Blocky, ugly, Nintendo 64. 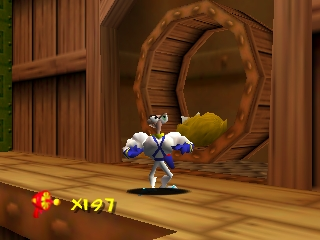 The only other new game the series got was a putrid little Game Boy Color title called Earthworm Jim: Menace 2 the Galaxy released in 1999. The less said about that one the better. One look at the game’s awful cover art should tell just about everything you need to know about the game. Yuck. 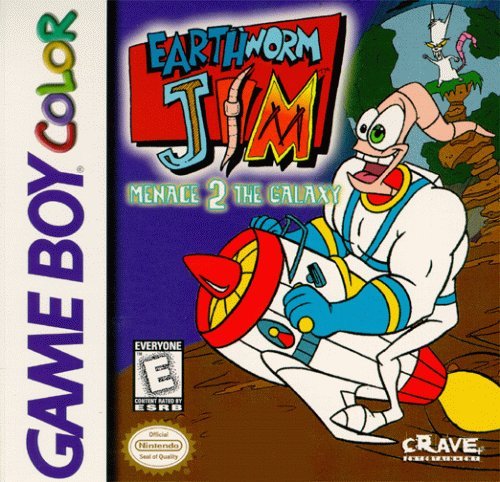 In the years that followed, there were always whispers in the air of Earthworm Jim threatening to make his grand comeback. Rumored follow-ups floated around, and an eventual HD remake did manage to surface on Xbox 360 and PS3, but a true Earthworm Jim sequel never quite materialized. That is, until the Intellivision Amico.

We’ve talked about Amico a bit before, but the quick refresher is Tommy Tallarico, original Earthworm Jim composer and, let’s say notable video game industry personality, bought the rights to the Intellivision brand and is hoping to breathe new life into it with a new console called Amico that’s based around family fun, affordable prices, a catalog of all exclusive games, and some weird-ass controllers. The system made some waves when he announced it last year, but very little of substance has actually been seen on the unit. Now this isn’t like the Atari VCS or the Coleco Chameleon. One thing that can’t be said of Tallarico is that he and his team aren’t being transparent. They’ve been incredibly upfront about the system’s development since the get go, which in a world where the Chameleon “existed” is a pretty welcome change. Still, it’s an incredibly bizarre and risky move, making an entirely new kind of video game console in this market, but I’d be lying if I said I wasn’t rooting for its success. Still, a game console lives and dies by its game library, and that’s where Jim comes in. 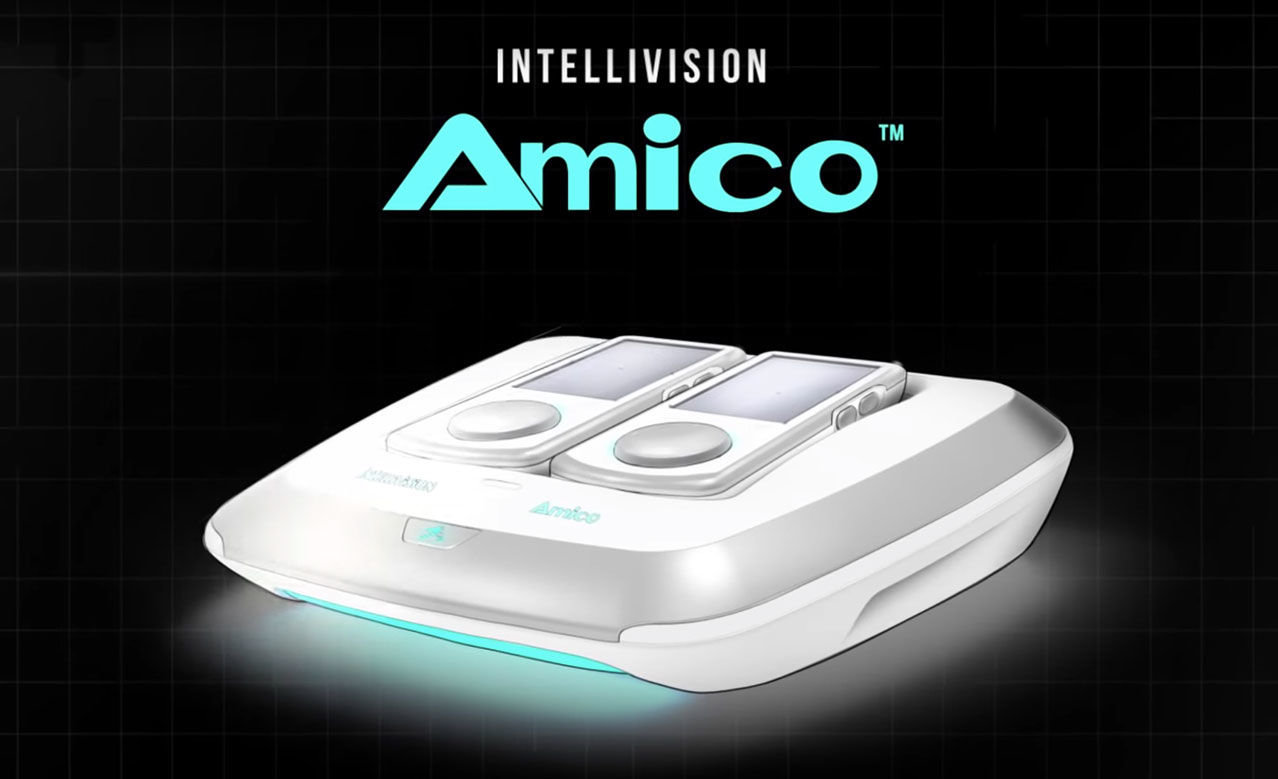 According to Tallarico, the entire original dev team for Earthworm Jim is reuniting to create an all-new Amico exclusive Earthworm Jim game. And when he says the entire dev team, he really means 10 people. Granted, they’re arguably the 10 most influential people from the original projects, but come on Tommy. Don’t go around saying the entire team is back together when that’s really not true. Regardless, a new exclusive EWJ is a bold move for the Amico, but is it enough to get people to buy into it?

The Earthworm Jim brand isn’t even a fraction of what it once was. That name simply doesn’t hold the same clout as it used to. Heck, we’ve seen more out of Bubsy in recent years than we have from Jim. If this is the biggest gun they have to pull out for getting people to pay attention to Amico when Switch is breaking sales records left and right, and new hardware from Sony and Microsoft looms heavily in the not too distant future, I don’t think that’s going to cut the mustard. The Amico’s visuals aren’t likely to wow anyone given its preliminary specs, and it doesn’t have the portable/console gimmick that the Switch does. In fact, the only thing Amico has going for it is its philosophy and Tallarico’s name, which if we’re talking about mainstream appeal, isn’t much. 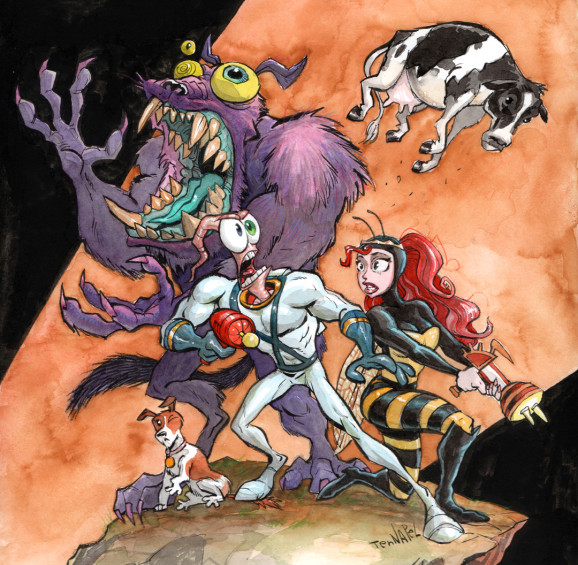 On the other hand, just because Earthworm Jim isn’t much of a brand today, doesn’t mean it can’t be. The original games were successful for a reason, and if this team can prove that they're capable of making something that’s not just skating on the Jim name, but is truly innovative and fun to play, there’s a small chance the thing could actually pull off a miracle. Because to my eyes, that’s what the Amico needs at this point. A miracle.

Like I said, I’m rooting for the thing, but I really don’t see it taking off. I want to be wrong though. I want to see this weird thing find an audience, and I wouldn’t mind being a part of it myself. Every piece of news I’ve heard about the VCS makes it sound completely unappealing to me, but Amico, for all its strangeness, is oddly enticing to me. But a new Earthworm Jim isn’t quite enough to sell me.

What about you? Will you pick up an Amico for a new Jim game?