We seem to be in something of a golden age for Tetris games. I didn’t play Tetris Effect, but I’m told it’s beyond amazing. Puyo Puyo Tetris is an incredibly solid and feature-filled game, and it’s available on multiple platforms. Then there’s Tetris 99, which is absurdly fun. These are great, they really are, but I believe we can do better. There are pieces of Tetris’ past that, if gathered together, could make for the ultimate Tetris game.

The thing about those three Tetris games I mentioned above is that they’re all uniquely their own thing. Tetris Effect is special because of the VR angle. Puyo Puyo Tetris is special because it’s a mashup with another excellent puzzle game. Tetris 99 is special because it’s basically the Fortnite of Tetris. It does the one thing it does very well, but it’s not exactly a fully featured release. (It is a free game, after all). What we need is a Tetris game that stands on its own. Something that gives Tetris lovers just Tetris, but also delivers on the limitless potential the Tetris brand brings with it. 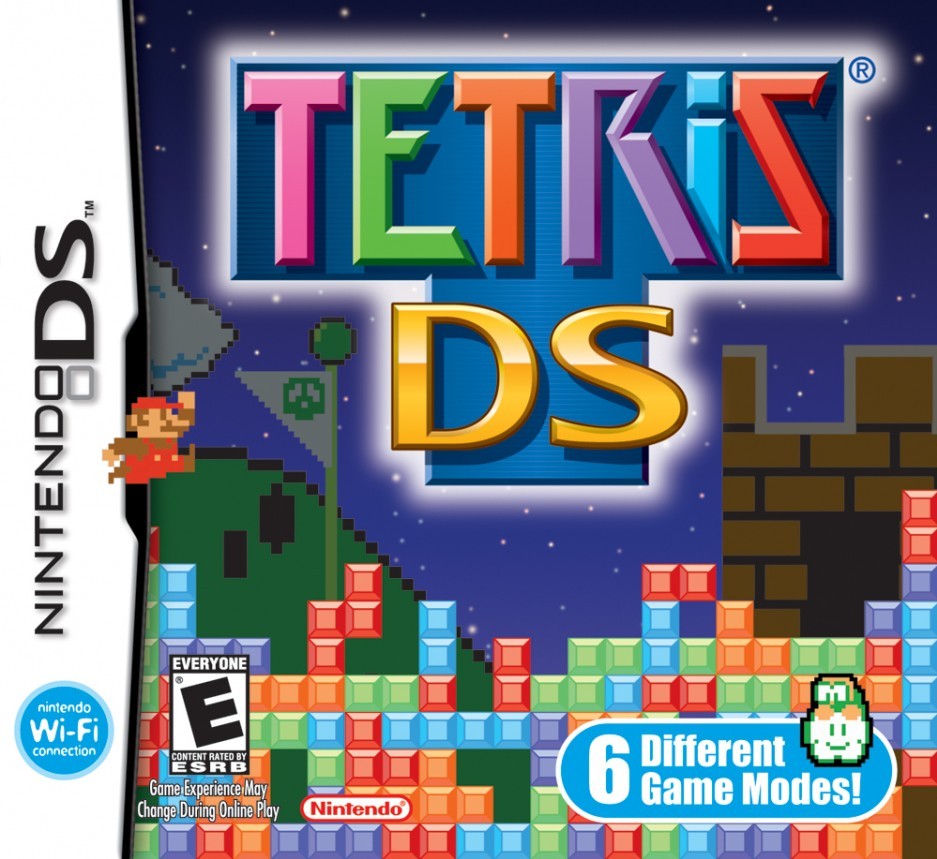 First, it should build off the foundation set by Tetris DS. If you haven’t played it, Tetris DS is one of the most wonderful Tetris packages ever put together. The core Tetris mechanics are near flawless, it uses all the modern Tetris trappings like shadow blocks, reserve blocks, the ability to spin blocks into place, etc., and it’s jam packed with different modes. It also had this extremely delightful NES-themed visual design that was a joy to look at… if you were an NES fan. But we’ll get to more on that in a bit. What I’m getting at is, the game should offer a basic endless Tetris mode, but also offer a cornucopia of other modes to mess with to keep things lively.

To start, it needs lots of custom rule options. Similar to how you can set your own custom rules in fighting games like Smash Bros., you should be able to set up your Tetris games the same way. And I don’t just mean setting custom difficulties. I mean crazy rules and modes that make things way more interesting. For example: 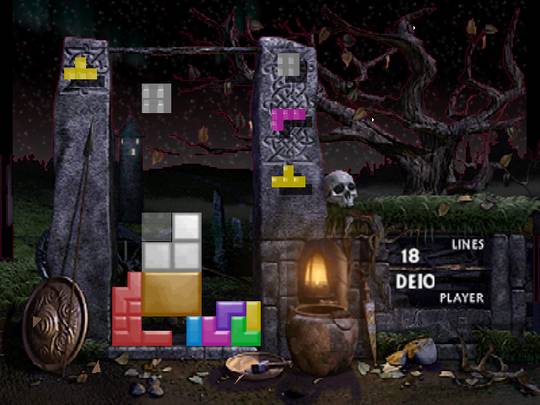 Next, let’s talk aesthetics. Tetris has come is a variety of flavors, and everyone has different ones they love. From random anime characters to classic 8-bit Nintendo sprites, Tetris is an incredibly versatile game that works no matter how it looks. So that’s why the ultimate Tetris game should offer themes. Whether done via microtransactions or unlocking them in-game, the ultimate Tetris game should try to visually be all things to all people. Your basic modern Tetris with the thumping dance music and basic background elements could be the standard, but how cool would it be to be able to change the entire game’s aesthetic whenever you want? Love NES Tetris? Now it looks and sounds like that. All about The New Tetris? Boom. Done. Want a more retro feel? Game Boy theme, complete with green dot-matrix filter. Tetris DS, Tetris DX, original arcade, Tetris themes would be amazing. And that includes music and sound effects! Because everyone loves to Tetris to a different song. 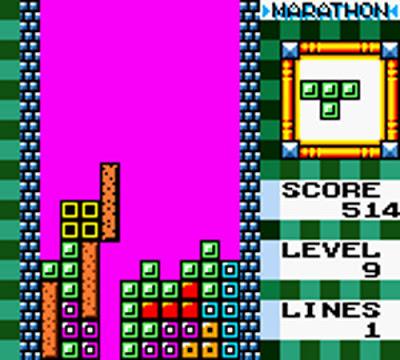 Finally, let’s talk game modes. Obviously, you have to have your standard endless and vs. modes. 1-4 players on a single console, and up to 8 players online I think would be just fine. But like I said before, Tetris DS spoiled us for modes, and the ultimate Tetris should do the same. In fact, it should go further. 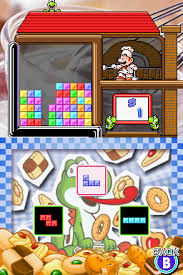 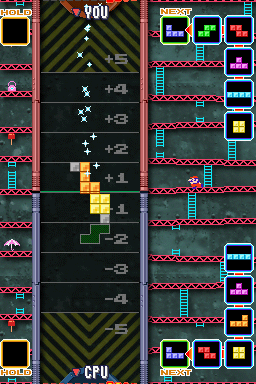 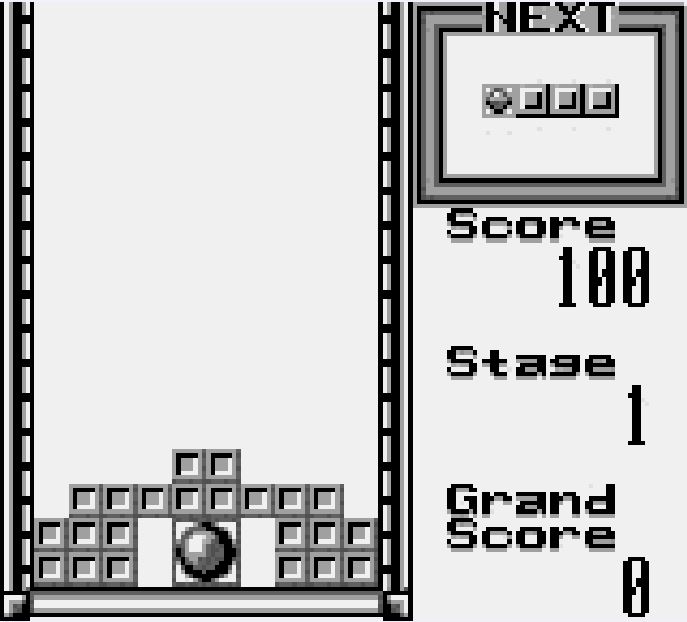 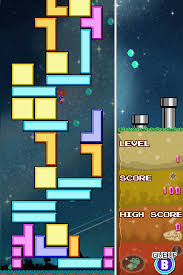 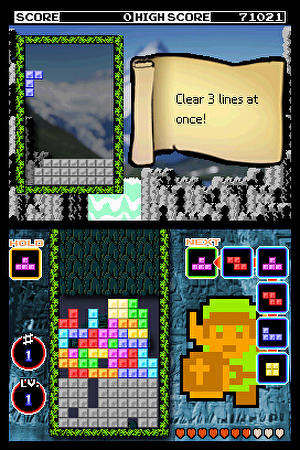 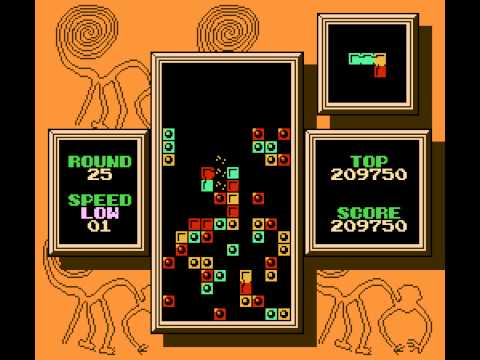 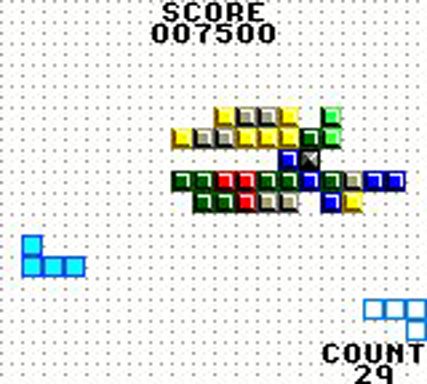 Is this asking a bit much for a single release? Maybe, but I’d argue it isn’t. Tetris DS had almost all of this stuff in it on its own, so if they were to make an all-encompassing ultimate Tetris game on Switch or PS4, it wouldn’t be unreasonable to hope it would contain this much awesomeness. The likelihood of a game like this coming to fruition is quite another thing, but a man can dream, right? Thing is, the powers that be could absolutely do this, and honestly, I don’t know why they don’t. There’s clearly a market for this kind of thing, and now that there are all these great Tetris-type experiences out there for people to get their hands on, isn’t it about time we got one definitive console Tetris game to call our own? I think it is. And I’m ready for it.