HAMSTER's arcade ports are fantastic, and a little bit off

Last week, Super Punch-Out!! hit Nintendo Switch. No, not the classic SNES game by the same name, I’m talking about the sequel to the arcade original. The first appearance of Bear Hugger, Super Macho Man, and more. This is kind of a big deal because it marks the first time the game has ever been legally available for purchase on a home console. It’s also the last Punch-Out!! game to have never been ported before.

Punch-Out!! may not be Nintendo’s biggest brand, but it wouldn’t be a stretch to consider it a B-tier franchise for them. Punch-Out!! for Wii was a pretty big success, and even got re-released as a Nintendo Select title. The NES and SNES Punch-Out!! games have been re-released many times over the years, and even the Game & Watch game “Boxing” which at one point saw a release under the Punch-Out!! brand made it onto Game & Watch Gallery 4 for Game Boy Advance. For as well-loved as the series is, its actual origins were stuck as arcade exclusives until very recently. Punch-Out!! and Super Punch-Out!! may not be as fun to play as their follow ups, but they’re still remarkably cool to look at from a historical perspective, and while they’re definitely quarter munchers, they aren’t without their charm. 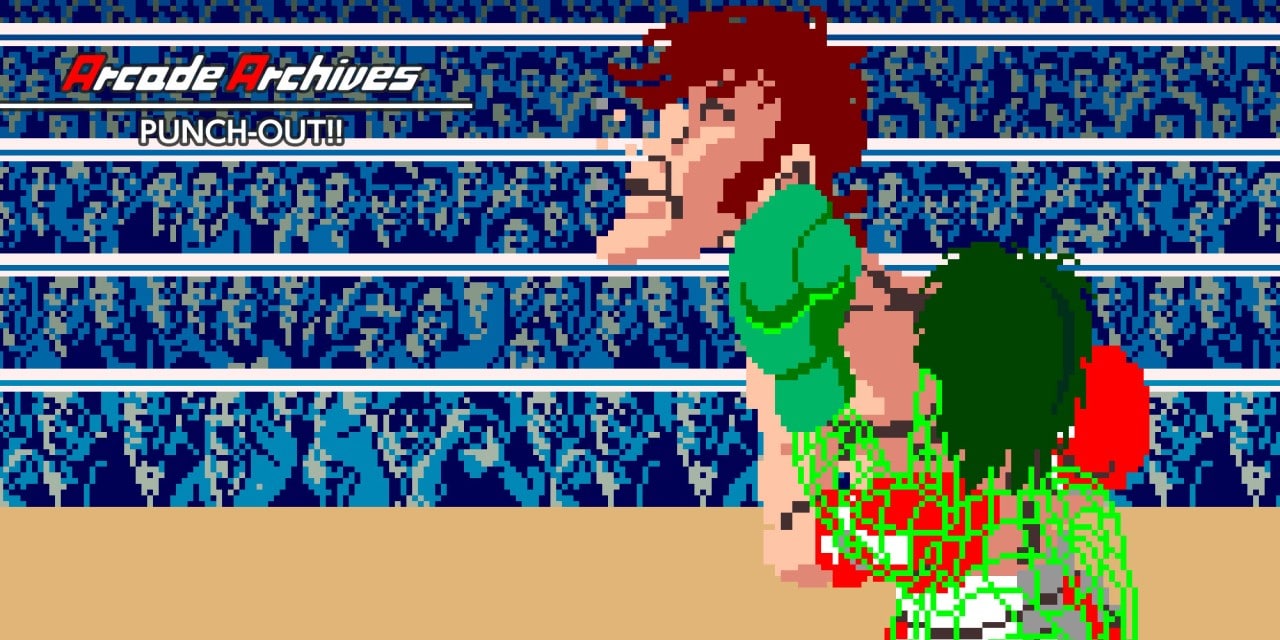 That’s why I’ve been beyond elated that Nintendo has allowed HAMSTER to mine their arcade back catalog for release in their Arcade Archives line. They’ve managed to finally make some of Nintendo’s greatest arcade hits available on a home console, but unfortunately, the transition hasn’t exactly been flawless.

Let’s take Donkey Kong as the first example. The arcade version of Donkey Kong had surprisingly never been ported to a home console before. Yes, there was a version of the game hidden inside Donkey Kong 64, but as far as I know that was more of a recreation of the game than an actual port. Meanwhile, Nintendo has re-released the NES port for decades, with the actual arcade original, the game that basically made Nintendo of America, completely unavailable outside of an actual arcade.

When HAMSTER announced they were releasing the game on Nintendo Switch, I’m sure I wasn’t alone in my excitement, and I bought it the moment it popped up on the eShop. The trouble was, it wasn’t as arcade-perfect as the Arcade Archives brand had been known for.

The actual gameplay and visuals are spot on as far as I can tell. This is the arcade version of Donkey Kong running on my console for me to play whenever I want. The sound though, is just a bit off. 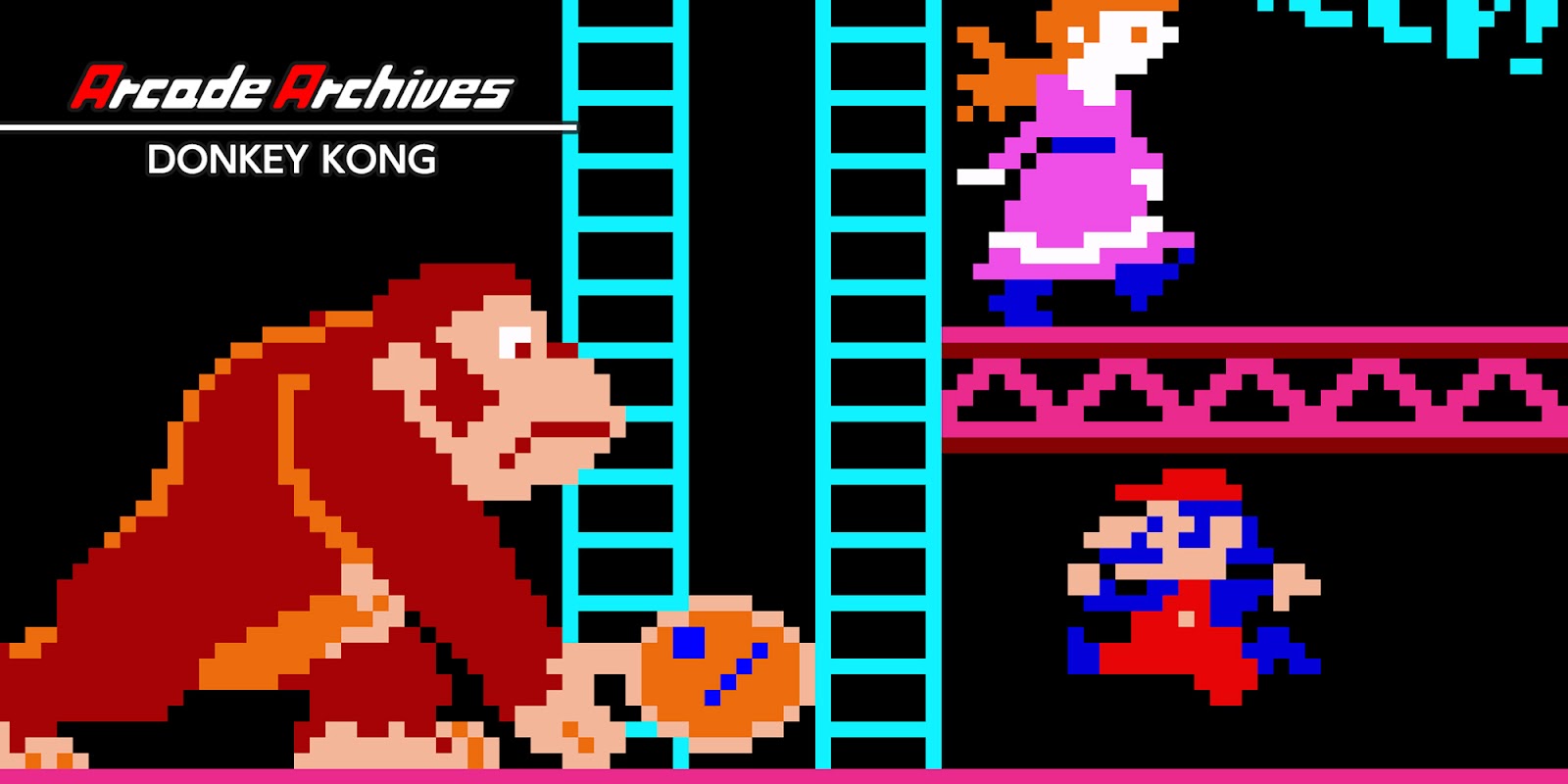 I don’t know the actual science behind it, but there was something in the game that made the sound of Mario’s footsteps change as he walked. It’s my understanding that this is some sort of weird programming thing they were able to do with the original arcade hardware, but when the game was ported to Switch, that particular idiosyncrasy was lost in translation. Mario’s footsteps now just repeat the same sound over and over.

(EDIT: I just watched the second episode of Netflix’s High Score documentary series, where this sound’s importance was discussed. See? I am not a crackpot!)

This isn’t a game breaking bug or anything, but it does remove a lot of the original game’s personality. This is one of the most important titles in the history of video games, how did Nintendo let this get out the door in this condition? And more importantly, why hasn’t it been fixed yet?

The game released in June 2018, and a patch to fix the sound still does not exist. 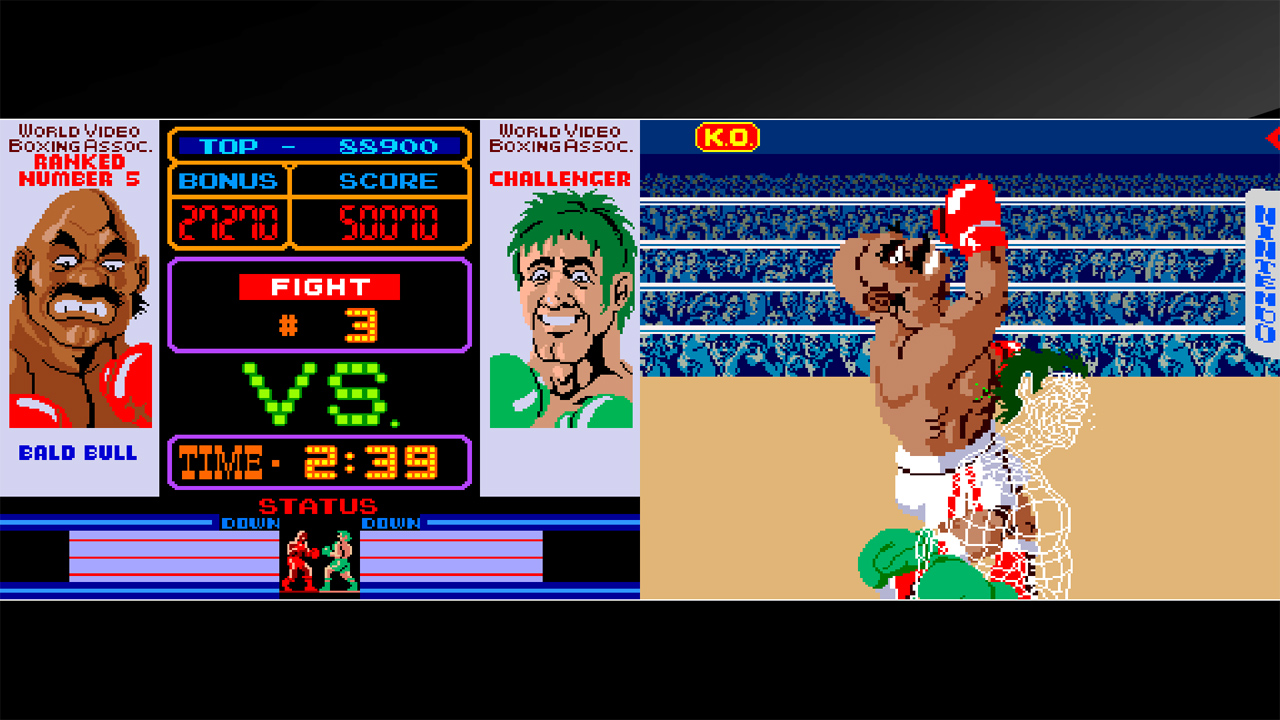 Punch-Out!! has a similar issue. As a lifelong Punch-Out!! fan, having the arcade original to play on my home console has always been an unattainable dream. I was elated when the Nintendo DS came out because I thought finally we’d see an arcade perfect translation, but we didn’t. I’ve spent some time with the game in arcades over the years, and it’s always been this magical, mystical thing full of weird sprites, culturally insensitive characters, indecipherable gameplay, and plenty of memorable voice overs. So many of the original versions of the characters I know and love from Mike Tyson’s Punch-Out!! on NES and Super Punch-Out!! on SNES came from this game, and seeing them in action is crazy. As is getting to play against boxers who were never seen again like Pizza Pasta and Kid Quick.

The way HAMSTER made the dual screen setup work on Switch is super cool, and it’s honestly commendable how well the whole thing plays. The arcade game is by its nature sluggish and unfair, and this home release is exactly that. It’s almost as perfect as it could possibly be. But it fails where it counts.

Not where it figuratively “counts” because really, it’s fantastic. I mean literally, when you knock down an opponent, and the referee starts counting, something is wrong.

I might be crazy, and without an actual arcade machine next to me to compare to I can’t be 100% sure, but I’m fairly certain that the counting in the Arcade Archives version of Punch-Out!! is way too fast. I know it goes by pretty quickly even in the arcade game, but this is borderline silly.

Again, it isn’t anything game-breaking, but every time I play it, it reminds me that it still isn’t 100% arcade perfect. It’s better than the nothing we had before, but why hasn’t this issue been fixed? 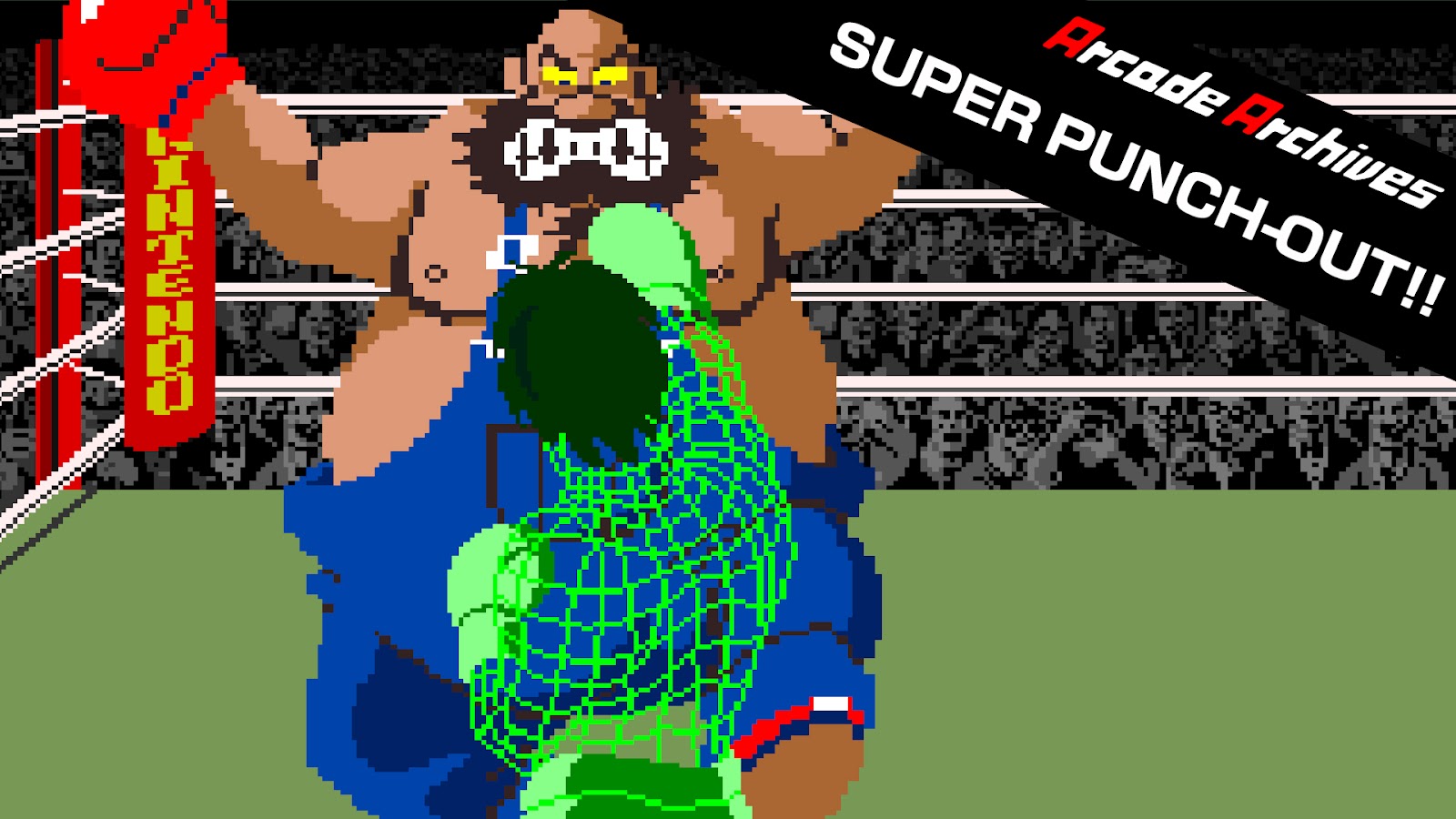 Finally, we have Super Punch Out, the last unreleased Punch-Out!! game (if you don’t count the spinoff Arm Wrestling game). It’s here, it’s wonderful, it’s a complete pain in the butt to actually play, and I’m incredibly glad to have it.

The sprite for Bear Hugger has always been one of my favorites, and I still think it’s wild that Super Macho Man and Dragon Chan came from the same game, even though they weren’t in the same console releases together. But once again, it’s just left of perfect, at least here in the US.

While other Arcade Archives releases like Donkey Kong have included different revisions, Super Punch-Out!! only features the Japanese version of the game. This means that Bear Hugger acts completely different, and most of the memorable voices are in Japanese. No more “Ladies and gentlemen!” whenever you get ready to start the next bout.

My question once again is, why? Why not go the extra distance to make sure the game is the one American audiences remember?

Almost perfect is better than nothing, and HAMSTER really does deserve credit for bringing Nintendo’s largely forgotten arcade history to home consoles for the first time, but I really wish something could be done about these minor shortcomings. Regardless, I can play through the entire Punch-Out!! franchise from the comfort of my own home, and that isn’t anything to scoff at.