Well, they’ve done it again. There's a remake of the Sega Master System classic Alex Kidd in Miracle World on the way, and it looks spectacular. Alex Kidd now joins the ranks of Wonder Boy, Streets of Rage, and Panzer Dragoon as classic Sega games that have been modernized after laying dormant for WAY too long.

These remakes have all been varying degrees of great, too, and I have no reason to expect Alex Kidd won’t follow suit. Naturally, that also gets my head-a buzzing as to what other classic Sega franchises should get the modernization treatment next. 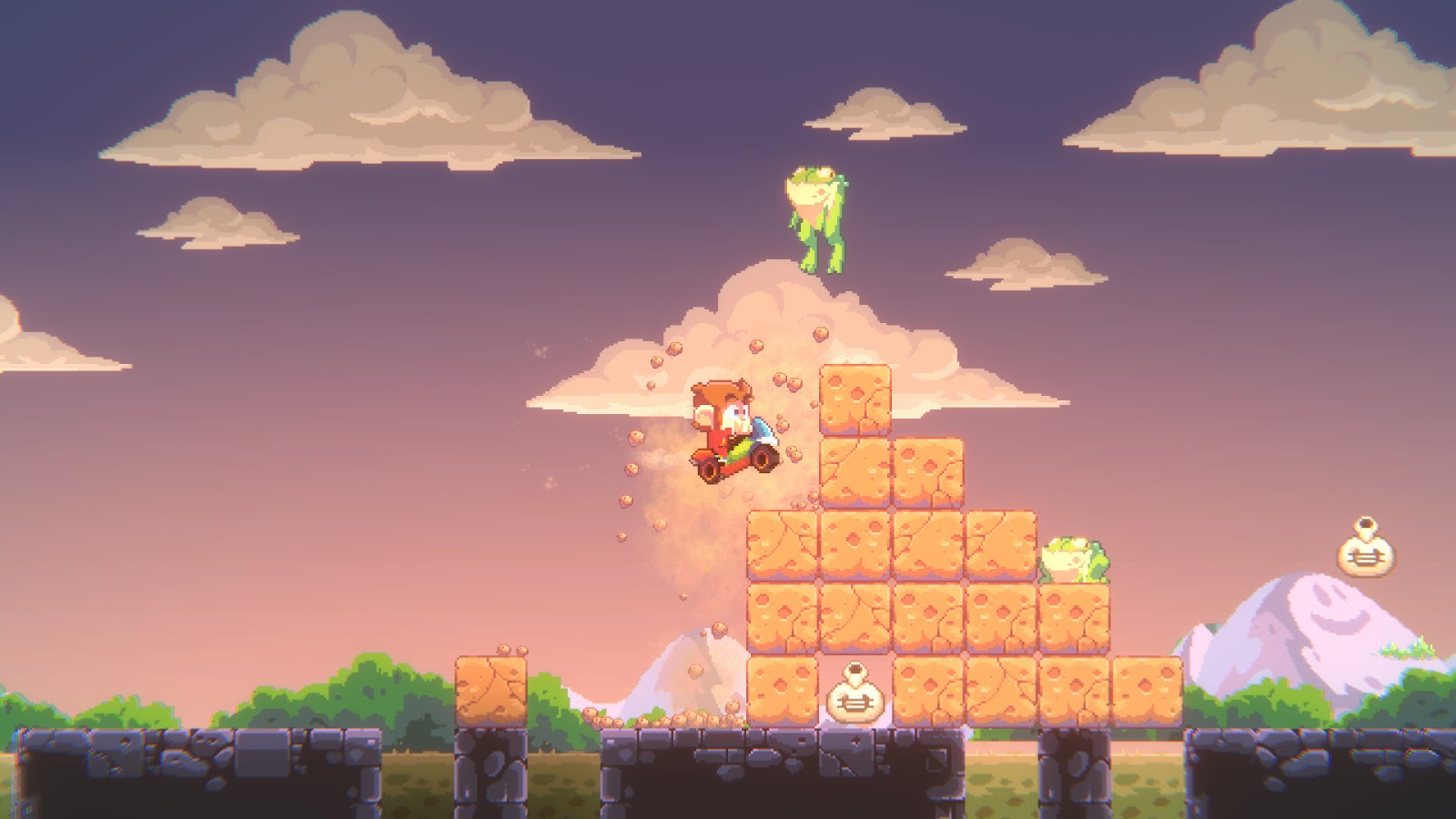 Sega has a killer catalog of franchises. Not quite to the same degree as Nintendo, but there’s a reason they were their biggest competition back in the old days. But even before they were duking things out on the 16-bit battleground, Sega was making some awesome 8-bit games, most of which have gone completely overlooked by American audiences.

So with Alex Kidd about to hit the big time once again, what better time to think of some other Master System greats that could use a modern revisit. 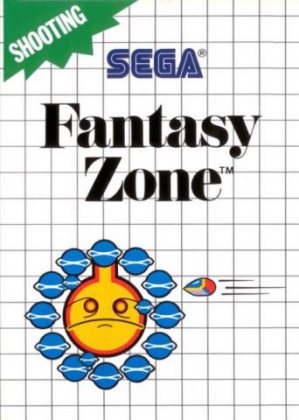 Fantasy Zone has always had an accessibility problem. It’s adorable, but it’s also brutally difficult. There’s so much potential for creativity in there though, between the weapons, powerups, and Opa-Opa’s adorable little feet that pop out of the bottom when you’re on the ground. Rife with possibilities, this one is. 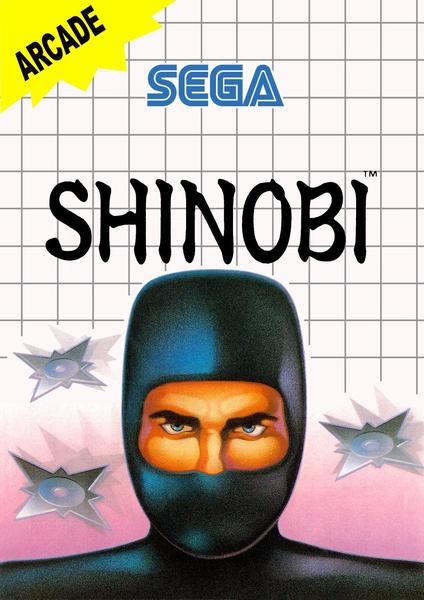 Side scrolling Ninja games have made some waves in the indie scene lately, between The Messenger and the upcoming Cyber Shadow to name a few, and since Tecmo seems unwilling to give us a new Ninja Gaiden game, Sega should let someone make a new classic style Shinobi.

The arcade original would be fantastic to revisit, but seeing how this franchise evolved through Shinobi III on Genesis, it would be killer to see a proper modern take on a 2D Shinobi. 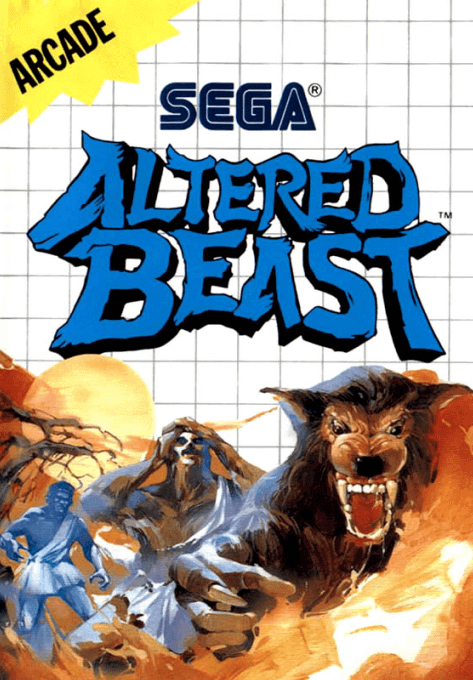 Altered Beast is not a good game. But it can be. If I learned anything from the criminally overlooked Altered Beast: Guardian of the Realms for Game Boy Advance, it’s that there’s a whole heck of a lot of potential in this franchise. Brawlers aren’t exactly uncommon, but auto-scrolling ones are. At least, I can’t think of any besides Altered Beast.

A remake of the original with some high quality art design and some gameplay tweaks would be an excellent starting point. Guardian of the Realms did a lot of stuff right, but it was UGLY, and not just because of the small screen. The art direction was gross, and the coolness factor is such a big part of what made Altered Beast what it was.

Pretty this one up, add some new features, and see where the future goes. 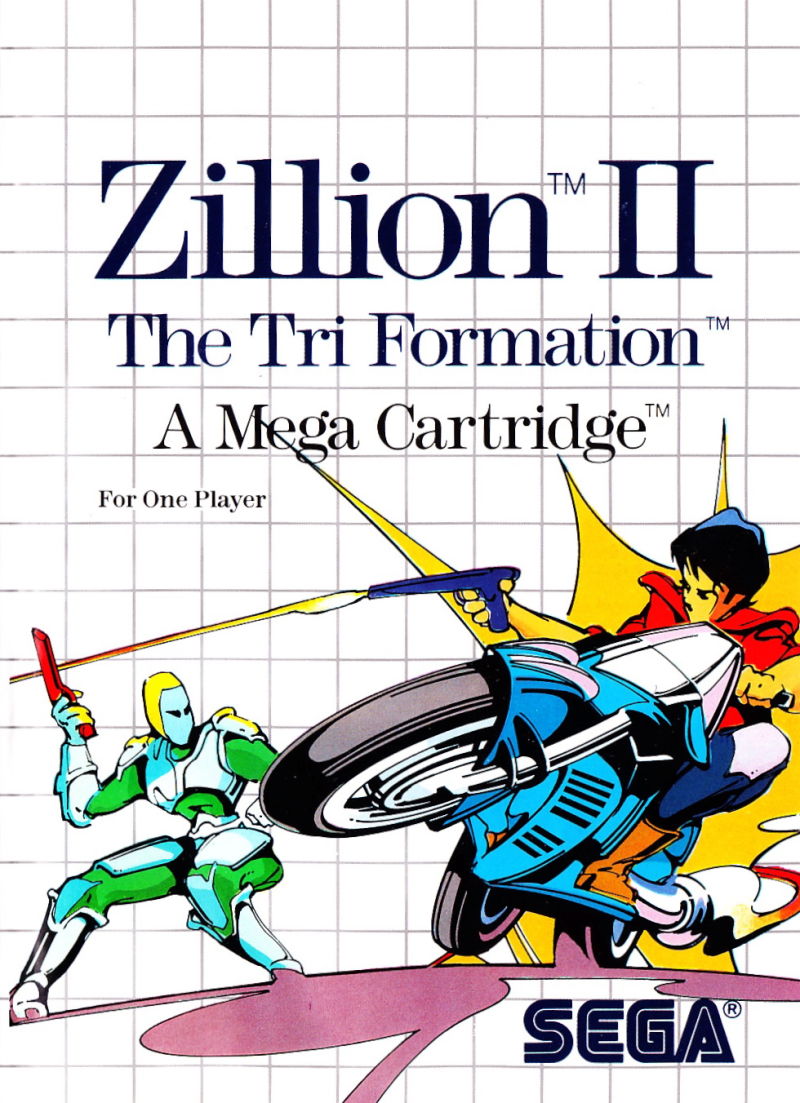 The Master System didn’t get a lot of direct sequels, so Zillion must have been something special, right? Honestly, I haven’t put much time into the Zillion games myself, but the little I’ve seen of them make them look pretty darn cool.

They’re also quite versatile and have excellent anime art direction to begin with (probably because they're based on an actual anime license...). These games are positively begging for a proper modern remake. Most folks wouldn't even know they were based on old games at this point, and the ones who grew up loving the franchise would likely be thrilled to see it again.

I know I wouldnt’ turn down an excuse to finally give these games a proper shot. 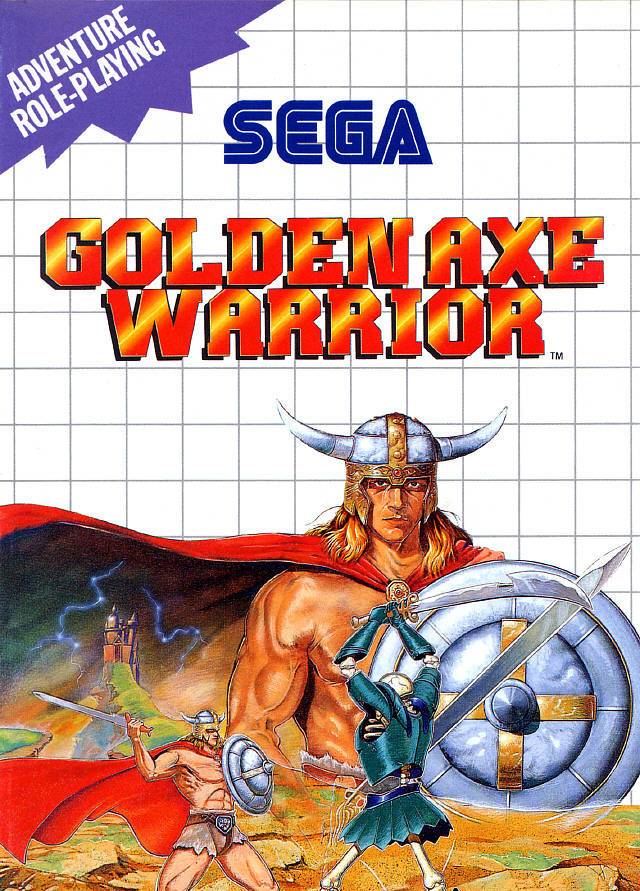 After Streets of Rage 4 released, I saw a flood of people begging Lizardcube to tackle Golden Axe next. But I’d like to see someone do a remake of Golden Axe Warrior.

Yes, it’s a positively shameless Legend of Zelda ripoff, from the pig monsters who totally aren’t Moblins, to the look of the overworld, to even the way the monsters appear in puffs of smoke. But it’s not without its own personality, and it’s a pretty decent game.

A remake could help give it more of an identity of its own, and really, who’s making games like Zelda 1 these days? I’m not saying don’t remake Golden Axe, or don’t make a new sequel or anything, I’m just saying Golden Axe Warrior is cool, and I’d love to see it given another chance to take off on its own. 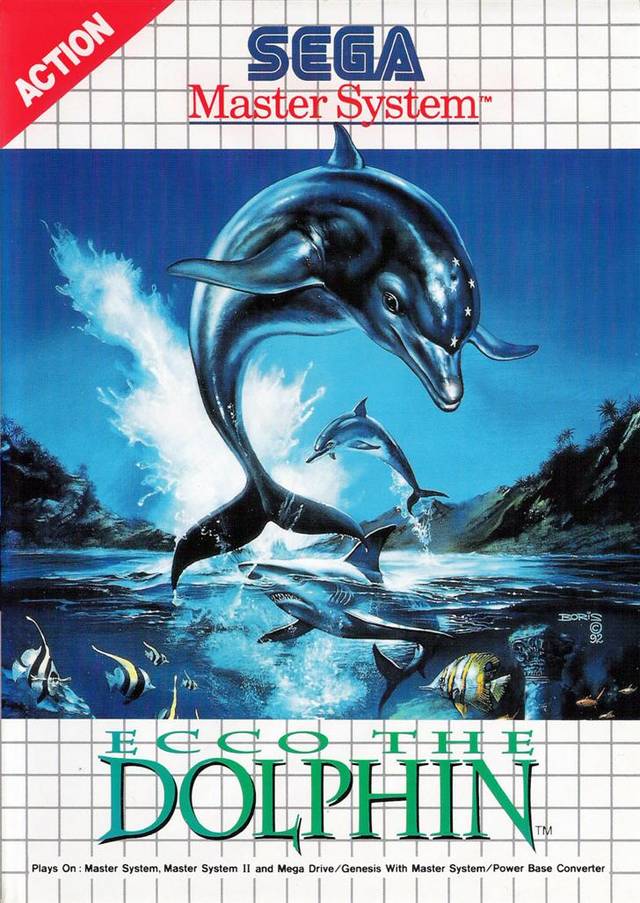 Sure, this was more of a Genesis thing, but a Master System version exists, and I think this franchise is cool, gosh darn it! Ecco the Dolphin may have a completely insane story, but the basic concept of the game is super interesting. It was maybe a bit too out there for audiences back in the old days, but in the age of indie hits, Ecco could have a ton to offer.

I’m strictly talking 2D, too. A real 2D Ecco Metroidvania style game with all the modern amenities could be really fun to play. I sure wouldn’t say no to a fresh take on the game's awesome soundtrack either. 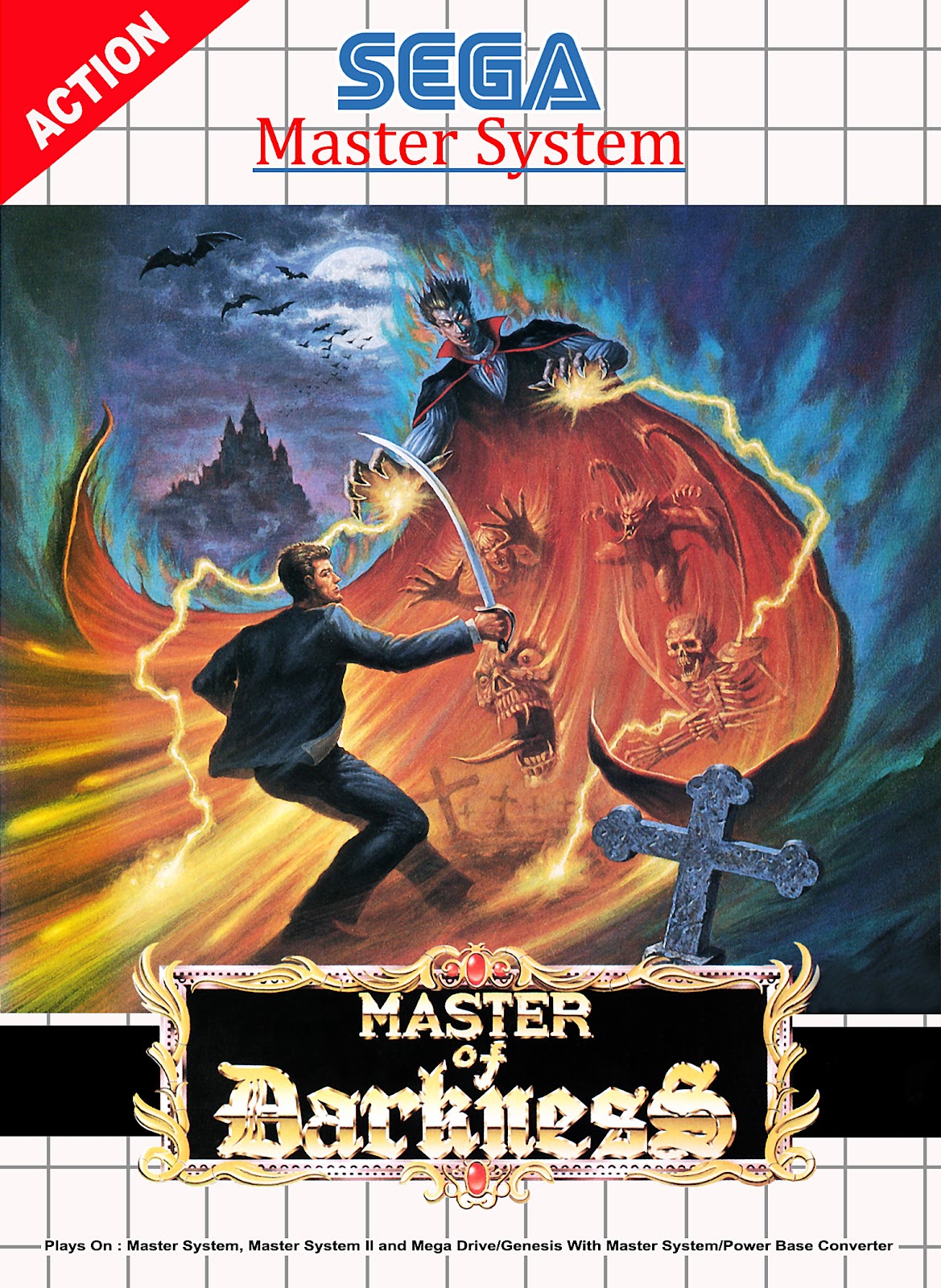 This one may be a shameless Castlevania ripoff, but if we’re not holding that against Golden Axe Warrior, I see no reason not to do the same thing here. There’s a really solid foundation in the original game, and with a few modern bumps to make it a little more user friendly, Sega could very well see themselves in a position to keep this franchise alive.

Art direction would have to be massively overhauled, though. This one wouldn’t work with the bright colors of Wonder Boy, but I’d hate to see it all polygonal either. A nice dark, hand drawn style to bring all the monsters and locales to life would rule. 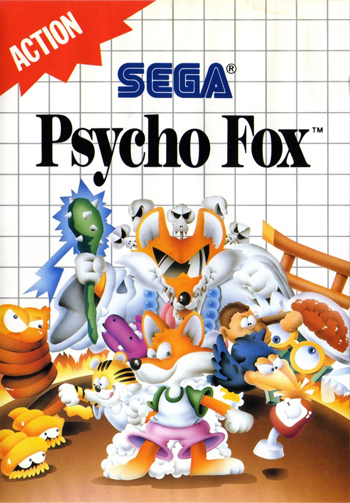 This one is so high on my remake request list. Psycho Fox has had some spiritual sequels and stuff over the years, but there’s no denying the personality of the original. The fox himself is a great little character design, and the bright colorful word full of poles to swing around on is begging to be redrawn.

Psycho Fox was a platformer ahead of its time. For everything it does right, it always felt held back by the console’s limitations. After playing the Wonder Boy III remake a few years back, this was the first game that came to mind for Lizardcube to tackle next. Honestly, I don’t care who remakes this one, as long as it’s done right. 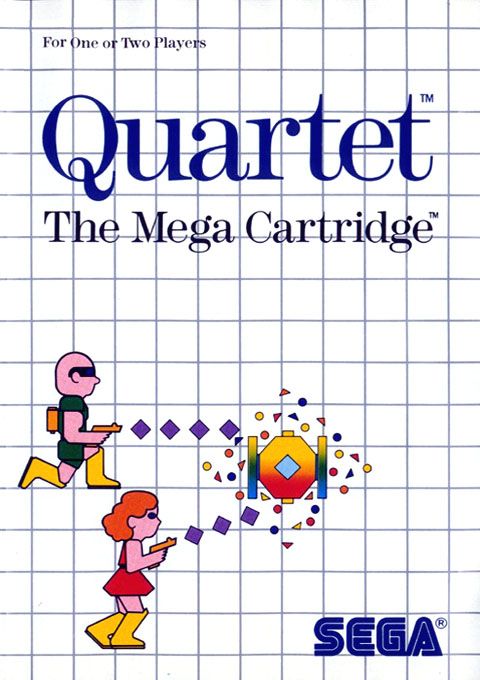 Holy cow, how amazing would a new Quartet game be? How have we not seen more of this game over the years? (I guess it’s not hard to see why it didn’t take off in the US with this box art, but whatever) It’s got an amazing fantasy setting, jetpacks, 4-player co-op (in the arcade), and did I mention jetpacks?

I’m genuinely shocked nobody has gone back to this well. It’s got a cast of clearly defined characters, and it’s pretty fun to play. A modern take with new levels and a more console oriented structure would be pretty great, but even a colorful remake of the original would satisfy me. Bring back Quartet! 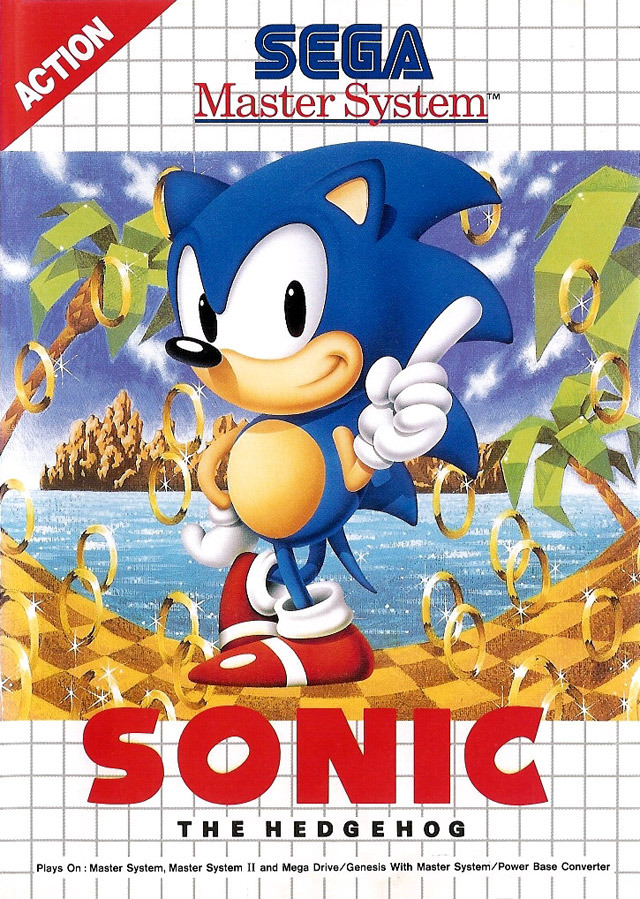 Yeah, I know, the whole premise of this piece was that Sega has more to offer than just Sonic, but have you played the Master System Sonic games? They’re pretty fantastic, and they’re not exactly attractive.

Sonic sold on his looks. The original Sonic the Hedgehog looked amazing on the Genesis, and was a real technical showpiece. The Master System games had to rely solely on solid mechanics, and I personally think they succeeded.

These old gems would be a great place to try something really different with Sonic’s visual design, too. Sonic Mania was great, but I can’t help but wonder what i could have looked like if it wasn’t tethered to Genesis nostalgia. That same thing doesn’t really exist for the Master System games, so they could go in some really bold directions with the art, like Wonder Boy did, and they wouldn’t tick off the Sonic faithfuls so much.

These were the ones that came to mind right away, but I know there’s more. Even venturing outside of the Master System for stuff like Ristar, NiGHTS, Vector Man, Toy Commander, Burning Rangers, and more, the list is huge. Sega’s franchises should be treated the way Nintendo treats (most of) theirs. That they've left so many good ideas on the floor for so long is criminal. This recent trend of digging up Sega’s past has been great, and I hope we see more of it. In the meantime, there’s no time like the present to bone up on your history. What Master System game will you play next?