A Franchise Playthrough for the Ages

My son and I have spent a bunch of our time in quarantine on our mission to play through every Zelda game in order of release. I’m honestly not even sure how it started at this point, but he asked and I couldn’t pass it up. We played through The Legend of Zelda, Zelda II: The Adventure of Link, A Link to the Past, Link’s Awakening (Switch version), Ocarina of Time, Majora’s Mask, and about ¾ of Oracle of Ages. It was about that time when he caught me playing Super Mario RPG and everything changed.

I hadn’t played through that game in years, and the mood just struck me one day. I expected him to think it was pretty cool, but it became a full on obsession for him in no time, so Zelda got put on hold while we traveled through the Mushroom Kingdom with Mallow, Geno, and the rest.

Once we beat the game, he kept listening to the music on my iPod. I didn’t mind so much because it has a fantastic soundtrack, but if you've been around kids, then you know they like to beat things into the ground, so after listening to Mario RPG music during every meal and several other random intervals throughout the day, I put together a playlist of Mario music that came from the mainline platformers as a healthy alternative. Since he also loved Super Mario Maker, he transitioned into that pretty well. 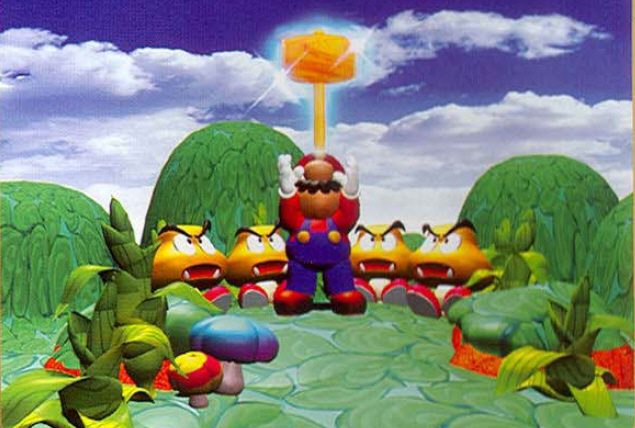 I kept trying to suggest getting back into our Zelda playthrough and he just wasn’t all that interested. He still loves the games we played through, but like me, he isn’t exactly enthralled by the Oracle games. So I made a proposition.

Put our Zelda playthrough on a little longer and play all the Mario platformers instead.

He was beyond thrilled, so I told him I’d come up with the list of games and we’d get started the next day.

This was a much more difficult task than lining up the Zelda games though, because Mario games are all over the freaking map. The question almost immediately became, how many of the spinoffs should we do, and what technically counts as a spinoff? What versions should we be playing?

Start at the Start

I decided we should start at the start, and by that I mean the very start. If we were going to do this, I wanted him to see exactly how these games evolved, and hopefully teach him to appreciate that progress. I booted up the Arcade Archives version of Donkey Kong on my Nintendo Switch, and we played through it enough to see all 4 levels. Easy peasy. Showed Mario’s first appearance, the basics of where his platforming came from, all is well. Then the first curveball came.

See, the idea is to play all the Mario platformer adventures. So we aren’t playing through the sports games or the RPGs, or the Mario Kart games. But Donkey Kong Jr. isn’t a Mario platformer. Mario is in it, but only as the villain, but skipping straight to Mario Bros. didn’t feel right. Mario spinoff titles can be as much a part of the overall franchise evolution as the mainline games, so I decided DK Jr. was a necessity in order to show an example of where Donkey Kong went from there, but we’d skip Donkey Kong 3, Donkey Kong ‘94, and all the Minis stuff. As great as that all is, it really is its own thing. 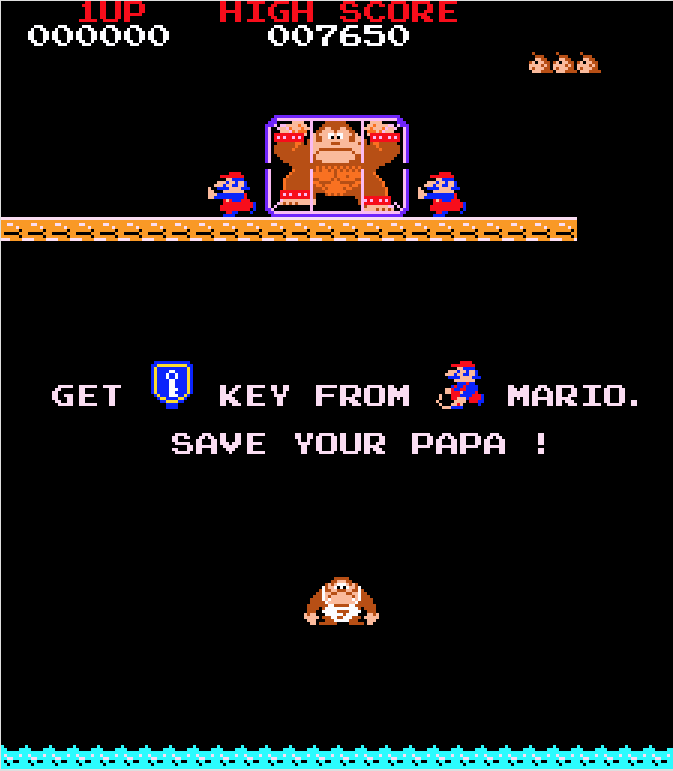 So once we finished off DK Jr., next up was Mario Bros., which we couldn’t exactly play through to conclusion because it doesn’t have anything even resembling an ending (as far as I know). He really dug it though, and he thought it was really cool that Super Mario Bros. itself was a sort of a sequel to Mario Bros.

Super Mario Bros. was next, but it brought a fresh set of questions along with it. Do we play the NES original, or do we play it in Super Mario All Stars? Sure, he’s used to that visual style from Mario Maker, but All-Stars is a very visually interesting take on the game, and it would be a cool opportunity to show him something a bit different. I went with the Link’s Awakening remake instead of the original when we tackled Zelda because I knew we’d get plenty of time with that particular flavor of visuals with the Oracle games since they ripped Link’s Awakening off wholesale, but that wasn't the case with the Mario games. So we went with the NES original, but we skipped Vs. Super Mario Bros. since I’m under the impression it doesn’t have all that much different in it anyway.

Then came Super Mario Bros. 2, and yet another fresh batch of issues. That game is terrible, but it’s still a thing worth seeing, so it came down to which way to play it that would be the least painful? This Is where I think I went wrong because my first instinct was to go with the Switch NES Online version. This was true to the original, sure, and it offered the rewind feature, which is SUPER important when trying to make your way through that particular pile of crap. 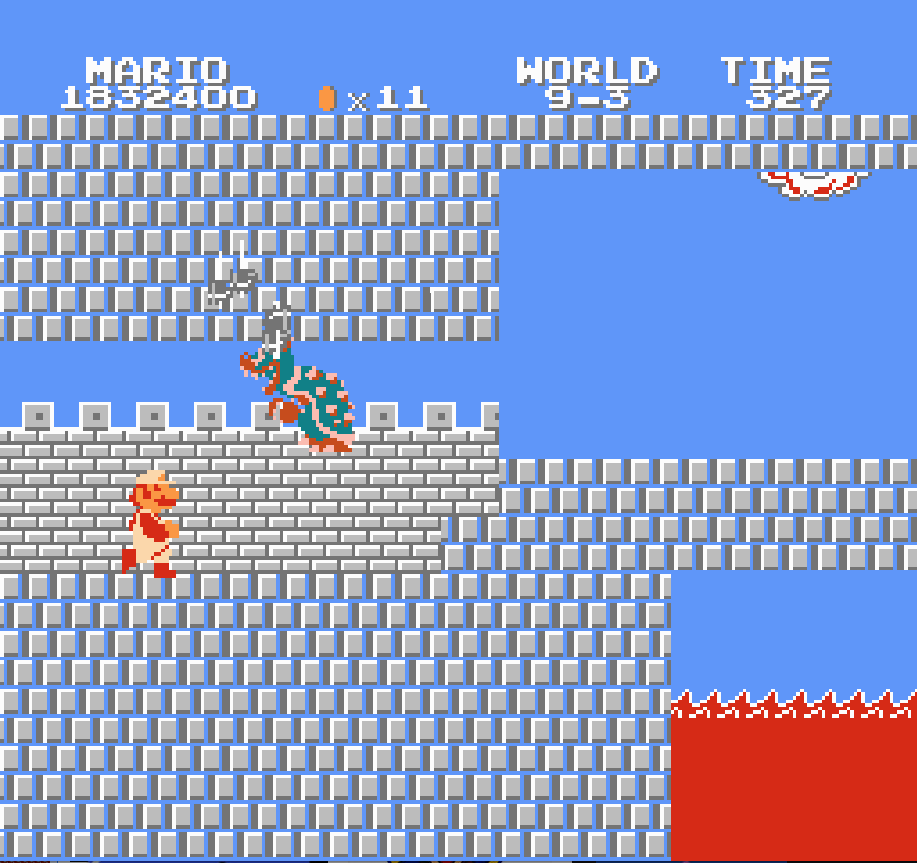 Thing is, while it’s visually interesting, it’s not in a good way. Super Mario Bros. 2 on Famicom is as ugly as it is crappy, and while it’s fun to look at how glitchy and nuts it all is, I probably should have gone with the All Stars version. That way we could have enjoyed the updated visuals we missed with Super Mario Bros., and enjoyed a far superior version of the game, which I unfortunately had forgotten at the time.

Once I finished the game on Switch, we played through World 9 and it just ended. I could have sworn there were A-D levels too, but I couldn’t remember how to make them show up.

The first time I played through The Lost Levels was when All-Stars came out and I thought it was great, if a little on the odd side. Every time I’ve tried to play it since though, has been on some flavor of the Famicom release, and I never realized just how much All-Stars did for that game.

For one, you never have to restart at the beginning of a world. In the original version, whenever you get a Game Over you have to start back at the first level of whatever world you’re in. In All-Stars, the most penalty you get is being tossed back to the beginning of the stage instead of the midway point. That’s a HUGE improvement considering how punishingly difficult and flat out unfair the game is.

The All-Stars version really does look and sound fantastic too, as I’ve rediscovered since I decided to boot the darn thing back up following our completion of the FDS version.

They changed up how to get to the lettered worlds in it as well, which is how I was able to learn about them in the first place. In All-Stars, they just let you play them after you beat World 9. In the original, apparently you have to beat the game with no warps something like 8 times in a row, which why anyone would want to play this game that much is beyond me. 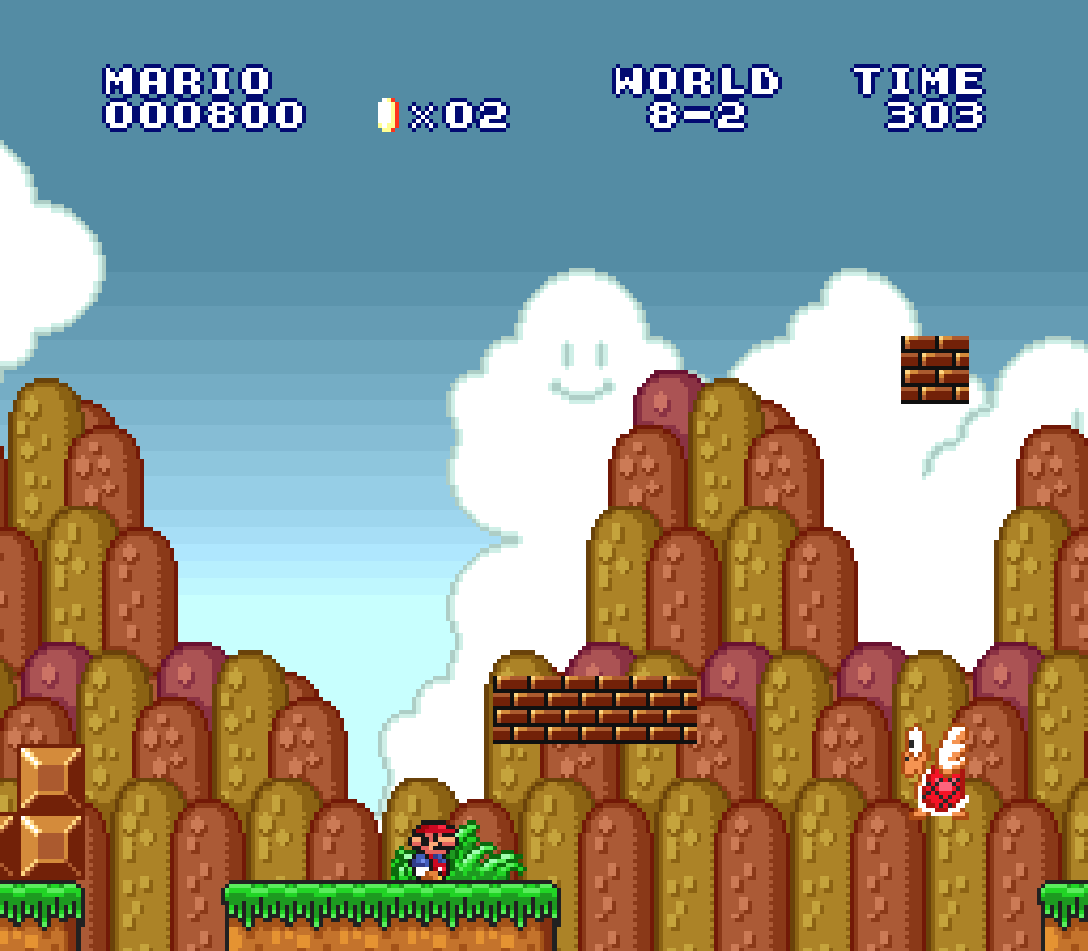 Anyway, I’ve been trying to get to the lettered worlds in my spare time to show them to him at some point in All-Stars, and in the meantime we got back to our adventuring proper.

We played the NES versions of Super Mario Bros. 2 (USA) and loved it because that game is pretty much perfect. It was also a lot of fun for him to get to see characters like Clawgrip, Fryguy, Triclyde, and of course Mouser, who haven’t really been seen or heard from again since the game.

Super Mario Land came next, and it made me a little nervous because of just how simple it is, especially in the visuals department, but he actually really enjoyed watching me go through it. He loved the music (because Hip Tanaka is a genius) and he thought the weird character names were super cool. He also thought Tatanga was neat, and continued to be totally surprised by how Mario used to fight other villains besides Bowser. That should be fun after we finish Super Mario World and tackle Super Mario Land 2. He knows Wario, but he doesn’t know where he came from yet.

Then it was time for Super Mario Bros. 3. My son isn’t great at these games, so he likes watching me play more than playing himself, but with Mario 3 on the Switch, as player 1 I had control over the rewind function, meaning I could create my own checkpoints for him and let him go at it as many times as he needed to to get it done. He eventually had to give up around World 6 because it simply got way too hard for him even with the rewind feature, but he felt like a freaking champ taking on Koopa kids without taking a hit after a few tries with the rewind feature.

Right after that is 1995’s Super Mario World 2: Yoshi’s Island and again, it's titled like a Mario game, but it’s really the first Yoshi game. 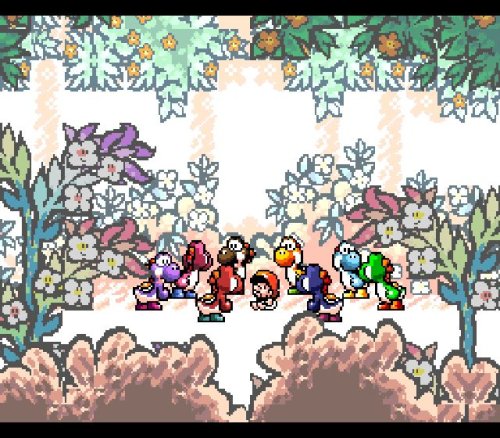 Ultimately, I think the right thing to do is to play through both of them, but not go any further down their paths, similar to how I approached Donkey Kong Jr. He’ll get to see where these other series came from and how they relate to the main Mario adventures, and if he wants to try stuff like Wario Land II or Yoshi’s Wooly World in the future, we can do that another time, but once we’re done with 1995’s Yoshi’s Island, the lines get straighter with Super Mario 64, Sunshine, New Super Mario Bros., etc, etc.

That is, of course, until we finish Super Mario Galaxy 2.

The Challenges of Modern Technology

The next game in the lineup would be the excellent Super Mario 3D Land, followed by the completely forgettable New Super Mario Bros. 2. I’m more than happy to play through both of those games again (especially 3D Land) but unlike every other game on the list, they can’t be played on a TV, or at least if they can I have no idea how to do it. Even New Super Mario Bros. for Nintendo DS is available on the Wii U Virtual Console, but playing 3DS on TV isn’t a readily accessible option as far as I know. So are we going to just huddle around my 3DS XL to play through those entire games? They aren’t exactly short, and that screen is pretty small, even on the XL. 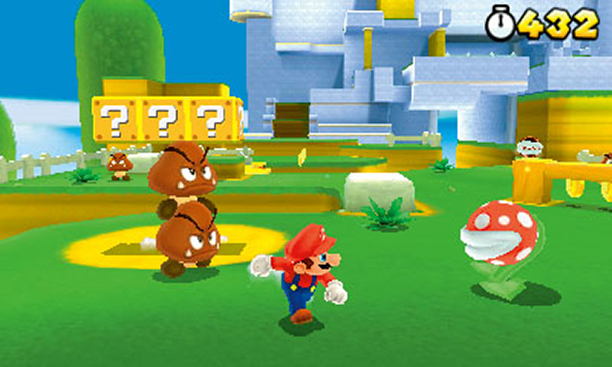 The good news is, I have plenty of time to figure that out. Games like Sunshine and Galaxy should take us a considerable amount of time to get through, so maybe I can figure something out by the time we get here. That or we’ll just have to get real snuggly on the couch, which I’m sure I can live with. (My kids are adorable, after all.)

Franchise playthroughs are such a neat thing that we get to do these days. Back when I was a kid, playing through all the Mario games was something you could do in an afternoon. Now it’s this big drawn out thing with decades of evolution on display. It’s fascinating to my son because he keeps pointing out things like “That’s the first game with upside down pipes!” or ”That's the first game with the spin jump!”

So what about you? Have You attempted any franchise playthroughs? Have you done it solo, or with kids? Let us know!