We just got some new information on the Mega Man X Legacy Collections and it’s left me with a lot of thoughts. It seems that Capcom went ahead and did what we all thought they might but shouldn’t, and separated it into two volumes. Mega Man X, X2, X3, and X4 constitute volume 1, while X5, X6, X7, and X8 make up volume 2. Volume 1 is a no brainer. There’s a ton of great content there. Volume 2 though, looks like it may be a tougher sell for a lot of folks. The general consensus is that Mega Man X6 and X7 aren’t just the worst in the series, but outright awful games. X8 seems to have mixed reviews with some considering it amazing, while many others think it’s just a vast improvement over the dreadful X7. X5 is generally loved, but not more so than the almost universally praised X4. So yeah, Legacy Collection 2 looks like a pretty tough sell. That is, except in my case, because I’ve never played any of them.

It’s interesting to me just how many Mega Man X games I haven’t played. The original Mega Man X for SNES is one of my all-time favorites. It’s a damn-near flawless game. So, what happened? 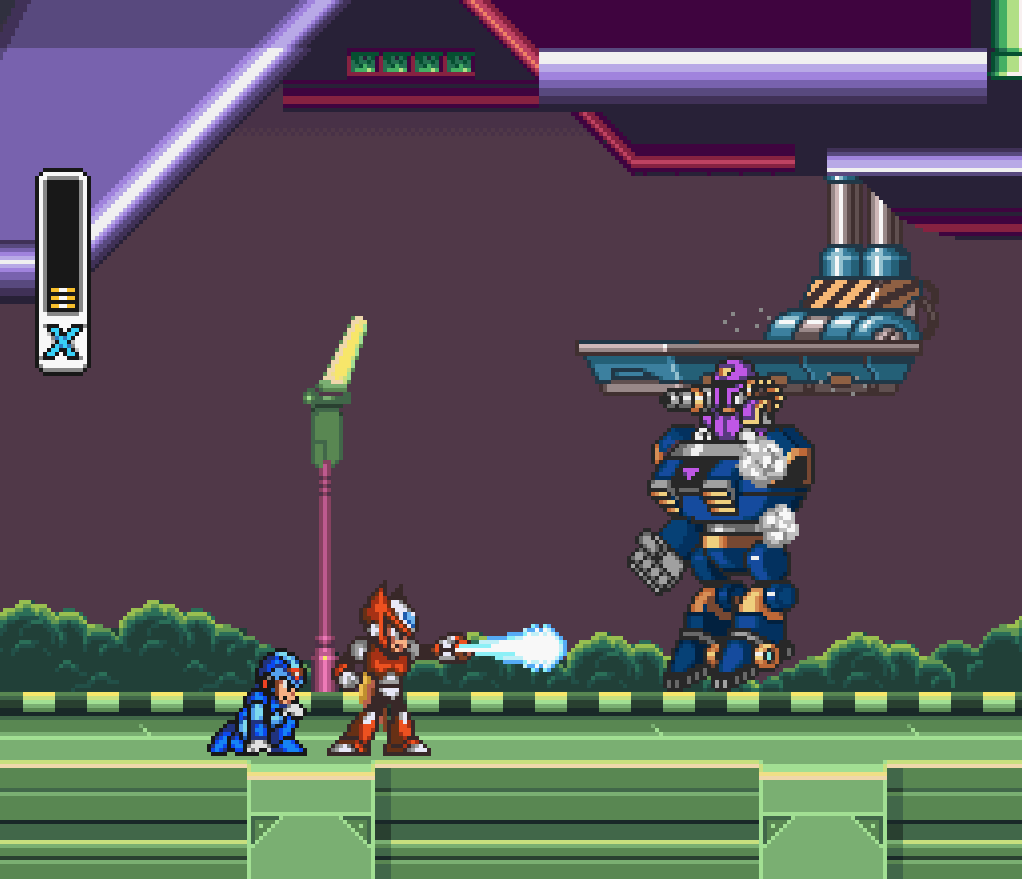 When the first Mega Man X came out, I was beyond enthralled. I was a huge fan of not only Mega Man, but the whole Mega Man mythology at that point, and the mystery of a future Mega Man and what connections it had to the original series were captivating. I remember renting the game when it first came out from my local video store and when I fired up that cartridge, my mind exploded. This was one of those incredible moments that only really happened between the 8 and 16 bit generations. Seeing the worlds of my favorite NES games come to life in 16 bits was unlike anything before. Super Mario World, A Link to the Past, Contra III, Super Metroid, Super Castlevania IV, seeing them come to life in new ways were all unbelievable experiences, and Mega Man X is right there with them. It played like a dream. It had an edgy story full of incredibly well-designed characters. It looked and sounded crisp, clean, and unbelievably cool. Like I said, it’s a near-perfect game. I must have beaten it 100 times over the years. Shattering the glass in Storm Eagle’s stage, blowing up that giant whale thing to break through the floor in Launch Octopus’s stage, and the freaking Hadouken, so many good memories and amazingly awesome moments. Mega Man X was all-time. Naturally, because it’s Capcom, it wasn’t long before I started hearing about Mega Man X2.

Again, I rented it from my local store the moment it was available. Not even 5 minutes in though, I didn’t like it. Something was wrong. Something was missing. On paper, there’s no reason I shouldn’t have loved that game, but I didn’t. It was full of cool things, but it didn’t feel the same. It didn’t have the same soul. The music wasn’t as fun. The levels weren’t as cool. The Mavericks were kind of lame. It just didn’t do anything for me. I felt absolutely crushed when I had to return it to the rental shop, not because I wanted to keep playing it, but because I didn’t. 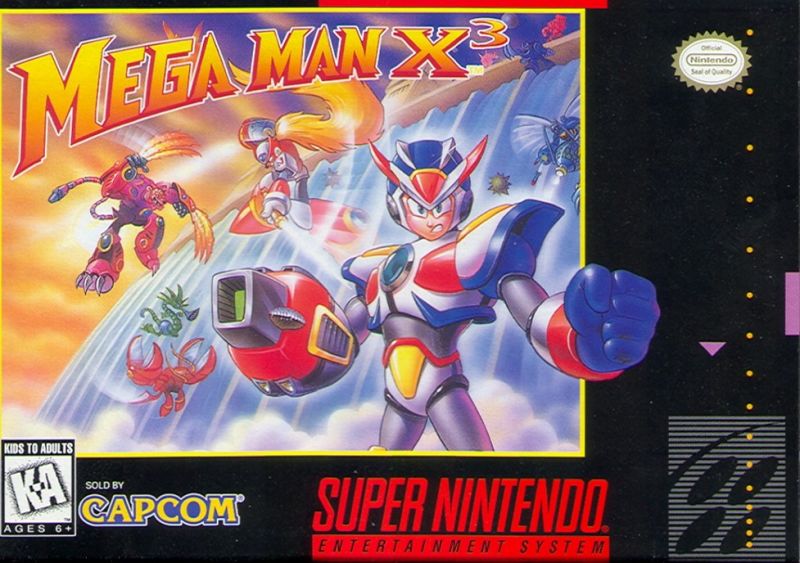 Mega Man X3 was a victim of a few circumstances, not the least of which were my feelings about X2. Mega Man 7 landed on SNES in the middle of 1995 and I fell completely in love with it. I still adore that game to this day for a number of reasons, but when X3 hit the SNES a few months later, I can’t say I was exactly jazzed about it. I thought the idea of him finding yet another suit of armor was silly (how many buried capsules can there be?) and after X2, I was just so much more sold on the original series that I couldn’t convince myself to care about X again. I still loved the first game, but I didn’t have much hope they could recapture that original magic. I wish I could remember the context in which I played the game, because I know I played at least a few minutes of it. It must have been at a friend’s house or something. I distinctly remember playing as Zero for a few minutes and thinking that was really cool, but I never came back to the game. I must have still been playing Donkey Kong Country 2 or something, which is probably the biggest reason I didn’t get around to it. There were so many great games coming out and even as a teenager, I only had so much time to play them all. 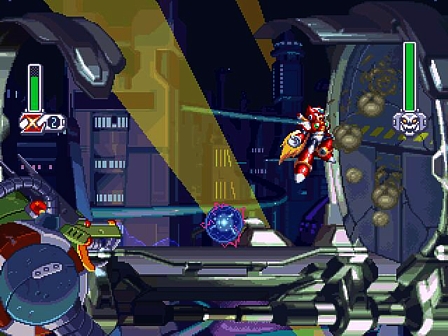 Mega Man X4 caught my eye, but the 32/64-bit generation was an odd duck for me. It was the first time I had bought a non-Nintendo console (excluding my original Atari 2600, which I didn’t actually buy) and having just dumped a bunch of cash into my shiny new PlayStation, I only had a limited budget to spend. I picked it up in October of 1997 when Castlevania: Symphony of the Night came out, and that’s where I started. It wasn’t long before I picked up Soul Blade because that game is amazing, and a handful of other titles my Nintendo 64 wasn’t able to play, but when it came time for me to pick a Mega Man game, my options were Mega Man X4 and Mega Man 8. I picked 8 because of my love for OG Mega Man, and for whatever reason I still haven’t gone back to give X4 a serious try. Mega Man 8 became one of my least favorite games in the original Mega Man lineup (thought I’m excited to give it a fresh look now that several years have passed since I’ve played it) and I heard a ton of great things about X4. So many good things, in fact, that I bought the game on both PlayStation and Saturn with every intention of playing it someday! But someday never came. I think I’ve played the game a grand total of 30 seconds once when I put it in my Saturn to see if the disc worked. I definitely liked what I played, but I never went back to finish it. What’s wrong with me? 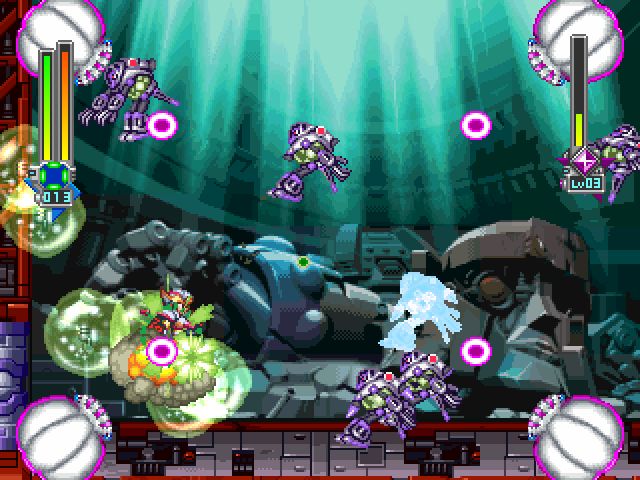 Not long after, X5 and X6 came out. I remember X5 was a big deal because it was supposed to be the end of the X series, which I didn’t believe for a second because Capcom is Capcom, but I wasn’t paying a lot of attention at the time. I bought a copy, but I didn’t play it. Same with X6, even though I was hearing at the time it wasn’t exactly what most people would consider “good.” I still have my copies sitting in my collection, completely untouched and ready to be played. But did I play them? Of course not! Why? Who can say? I know I was playing games at the time, but there must have been other stuff going on that kept me from giving them a shot. The fact that I hadn’t played any of the games since X probably had something to do with it. I’m kind of a nut for playing stuff in order. To this day, the only Pokemon game I’ve ever played is Blue. 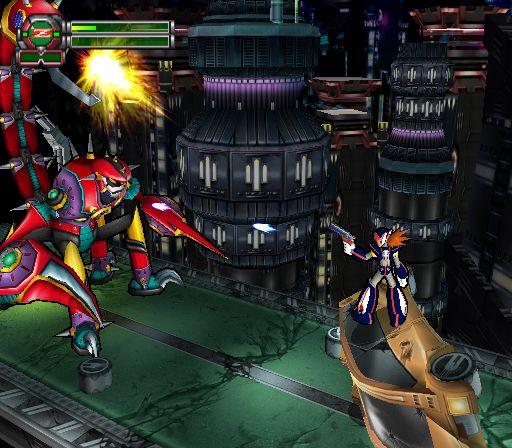 When X7 rolled around, I had become so disillusioned with the X franchise that I didn’t even attempt to buy it. I thought 3D Mega Man was kind of a terrible idea to begin with too, so coupling that with the abysmal reviews the game was getting, I could never justify the purchase. Naturally, when X8 hit store shelves, no amount of people telling me “It’s better than X7” was going to convince me I needed to own it. Apparently I missed out. On a lot, really.

Well, not for long.

Having thought through my history with the X franchise, there’s basically a whole series of Mega Man games I haven’t given a serious shot to. Yes, Dan and I played X2 for the SAG Summer Series last year, and yes I do in fact think that game is terrible, but X3-X8 are basically going to be brand new experiences for me. I’m finally in the right mindset for it, I’m getting it on the Switch which is a system I love to play on, and I’m genuinely excited to see what this series has to offer. So yes, to many people Mega Man X Legacy Collection 2 is a hard sell, for me, I’m genuinely stoked for it. Between those, and the regular Mega Man Legacy Collections hitting Switch, as well as the upcoming Mega Man 11, I’ve got myself one heck of a Mega rest of the year ahead of me. 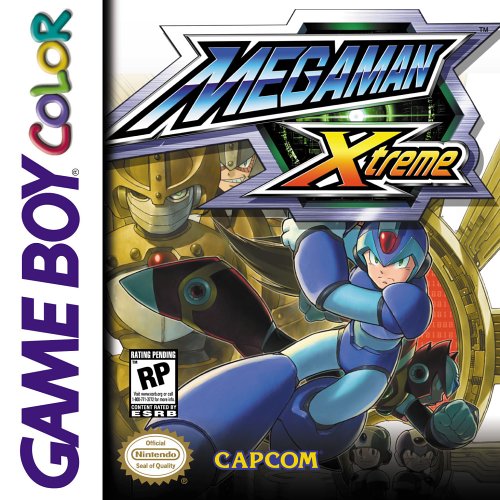 So with all this Blue bomber goodness hitting our eyeballs this year, where do these Legacy Collections go next? I already wrote about where I think they’ll go with the regular Legacy Collections, but X is a bit simpler. There aren’t a ton of titles still missing from the X pantheon, and the ones that are left would make for one heck of a Legacy Collection 3. First you have the not-amazing-but-still-pretty-cool Mega Man Xtreme games for Game boy color. These little mashups have a lot to offer, and haven’t really gotten much attention over the years. Then you have Mega Man X Command Mission, which is basically a Mega Man X RPG. And finally you have Maverick Hunter X, the PSP remake of the original Mega Man X. The Xtreme games are pretty small, but Command Mission makes up for that, and Maverick Hunter may not have been my cup of tea at the time, but I’d be more than willing to give a cleaned up port a shot. Of course, the real deal would be a brand new X game, but we already know that isn’t going to happen unless Mega Man 11 is successful, so I guess we’ll have to wait and see. In the meantime, I have a whole new world of Mega Man X games to learn about. I hope I have some fun.