Game compilations are great, and the industry is full of them. Heck, the Evercade is a whole video game system dedicated to nothing but game compilations, and it’s fantastic. What isn’t fantastic though, is the current situation with ININ and Strictly Limited Games.

There are a number of companies out there doing the whole “Limited Run” thing. People love their physical games, after all (myself included) and with the larger companies putting so much focus on digital content, having these folks out and about publishing physical versions of the games we love is a wonderful thing. 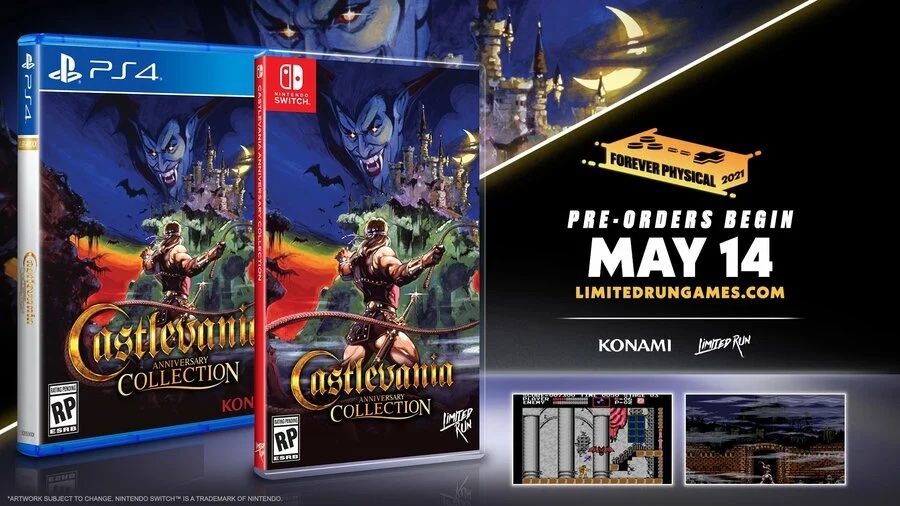 However, the duo of ININ and Strictly Limited have been doing what I can only describe as some less than savory stuff. First, they release a somewhat anemic collection of games from a beloved franchise priced well above the industry average, then shortly after they release a considerably more comprehensive version in a limited physical capacity for an even higher price. They’ve taken a few steps at mitigating some of this with eventual digital releases and making alternate versions a bit more transparent, but even with those small steps forward, I can’t shake the shifty feeling I get when I see these releases.

A Serious Invasion of Space 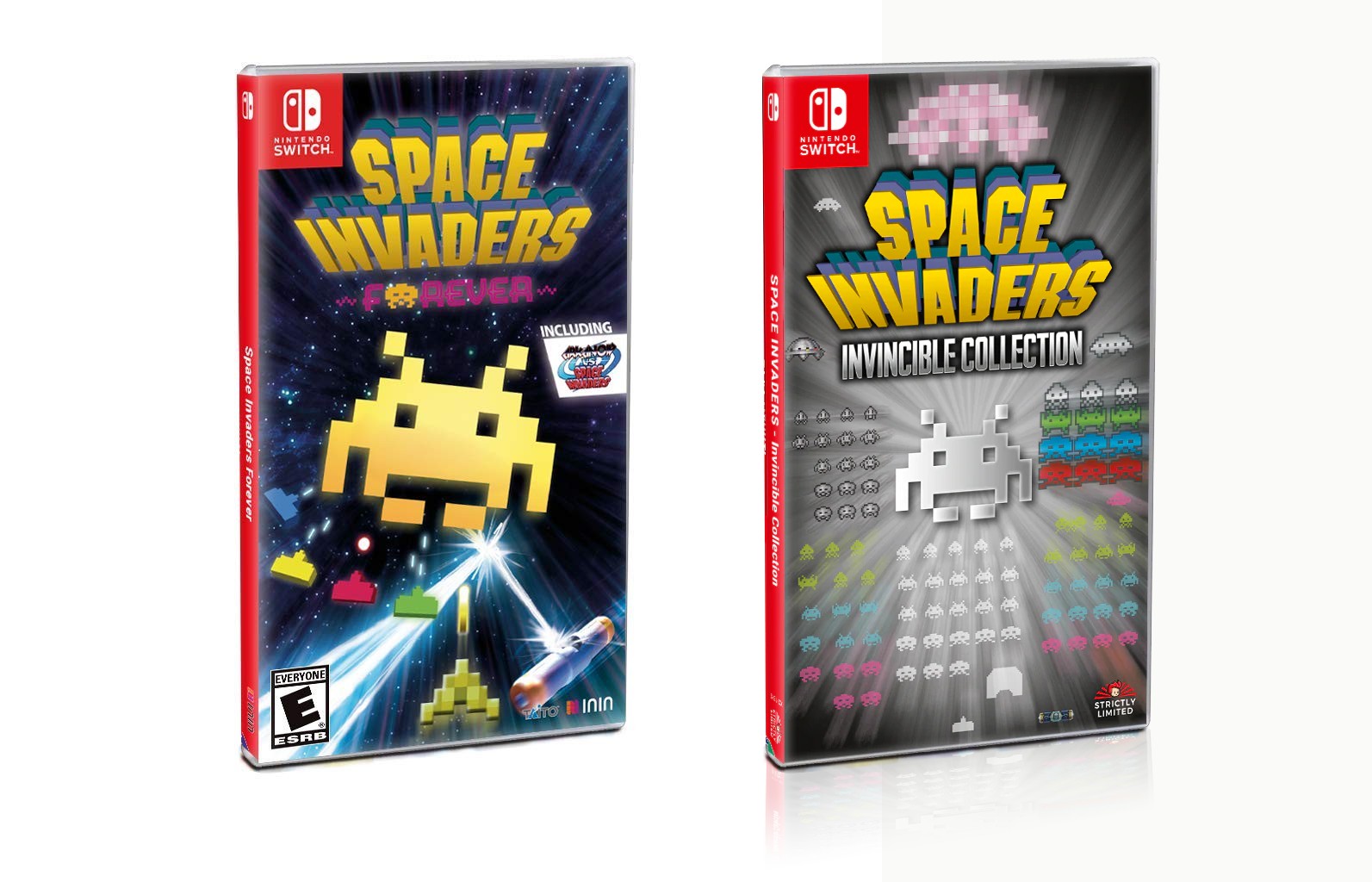 This Invincible Collection clearly wasn’t some sort of surprise to ININ Games. It was initially a physical only product released through Strictly Limited Games, and even though ININ published both collections, they never gave customers a heads up about a much more well-rounded package coming right around the corner. Most would also argue that $59.99 is an absurd amount of money to spend on a Space Invaders collection too, especially considering that even though this compilation is way better than their first one, it’s still a bit light on content, and there's still a ton of great Space Invaders games not included at all.

So, what was the purpose of the first release? Did they really think there was an audience out there who would be excited for a less expensive option that disregarded the original Space Invaders arcade games? Did they really see these two products coexisting without making consumers angry? Seems fishy to me. 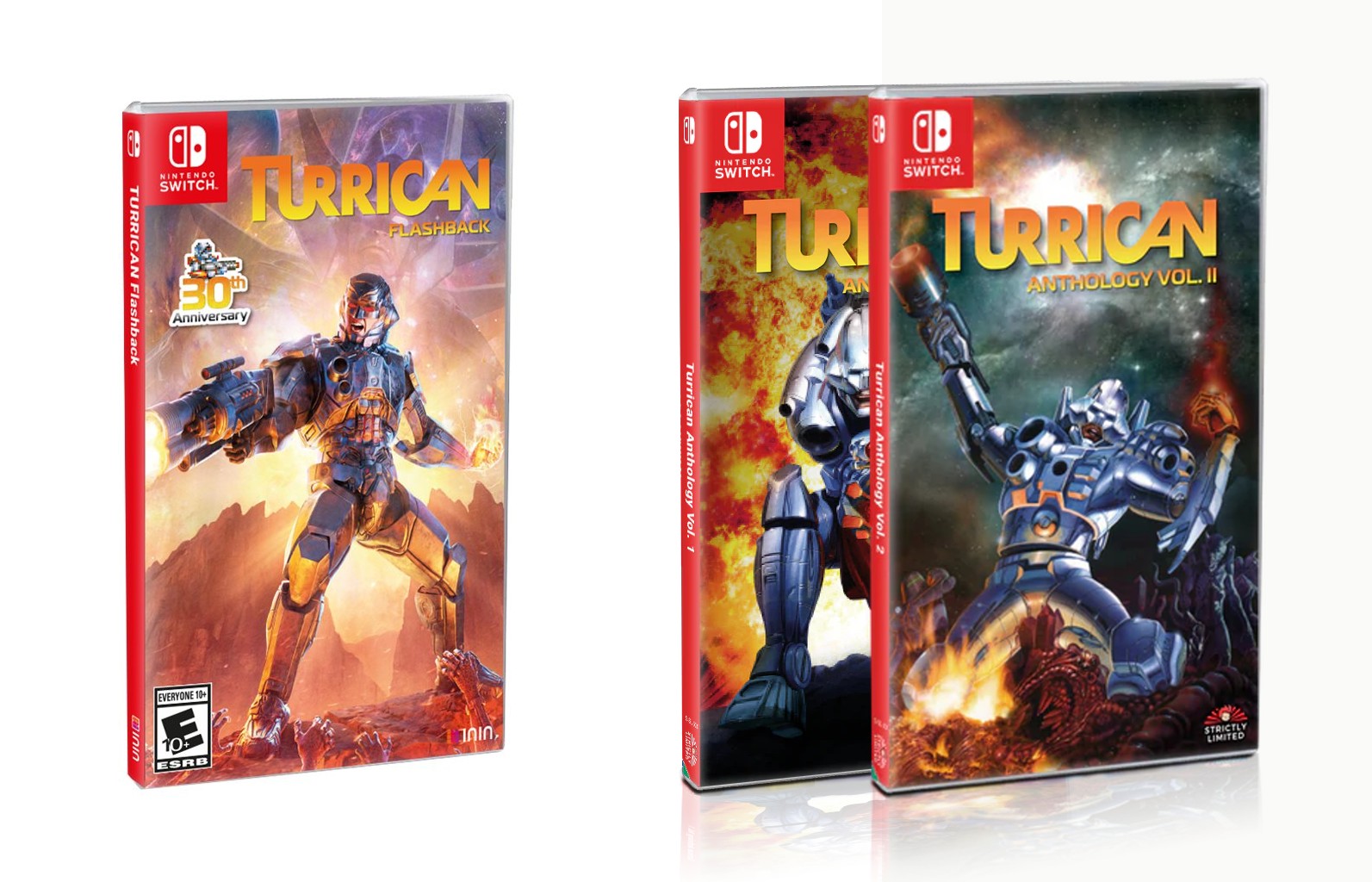 Looking at these collections, you’ll see that a lot of the extra stuff amounts to what arguably should just be bonus content in a single release. The bulk of what’s there is alternate versions of the same games, with the exception of Super Turrican 2. But here we are, with an obviously lacking collection currently out in the world and a more feature-complete version waiting in the wings. 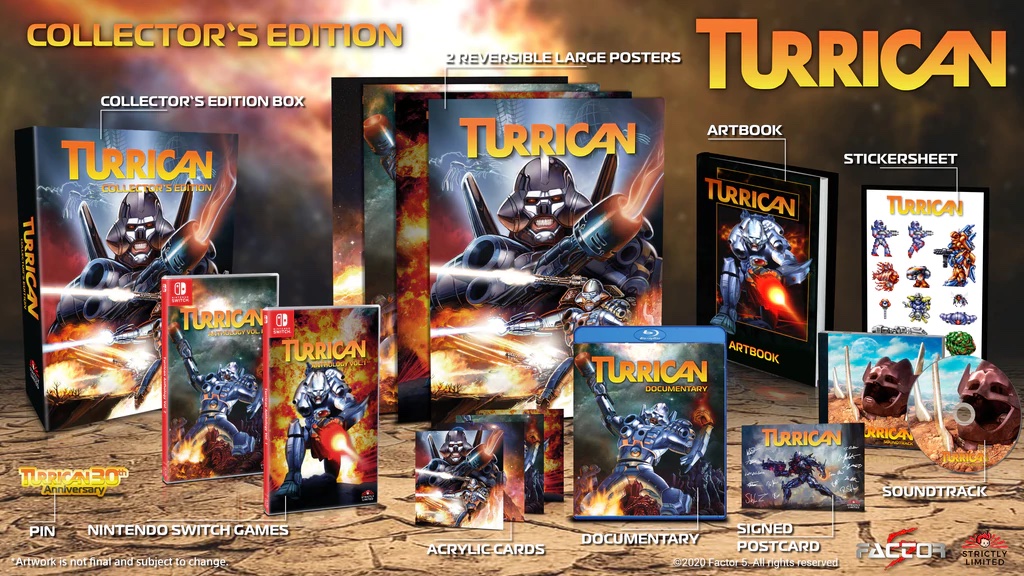 In case you didn’t know, Strictly Limited and ININ Games are both under the same umbrella as part of United Games. These collections aren’t some case of two competing companies trying to one up one another in making compilations or anything. The only thing that makes sense is that they seem to have been made with the intent of getting people to double dip and buy the more complete version after having bought the stripped down version.

What makes this one particularly problematic is that the Turrican Anthology games on Switch still haven’t come out yet. (UPDATE: I got mine in the mail July 12, 2022) I personally pre-ordered mine in January 2021, and while I felt the price was a little high, it was ultimately worth it to me to have all the Turrican games instead of just a few of them. This new physical version has a bunch of extra features baked in too, which feels like an even bigger middle finger to the folks who bought the original Turrican Flashback game. An on screen map function, updated soundtracks, and more are included, which make the existing game almost completely obsolete. Again, it’s less expensive, but it’s not hard to argue that the only collection that should exist for these games is a single package with everything in it at $59.99 max. This seems exploitative because unless you’re out there looking for this sort of thing, people buying the Turrican Flashback likely won’t be aware of the anthology sets coming soon, and from the same company no less! 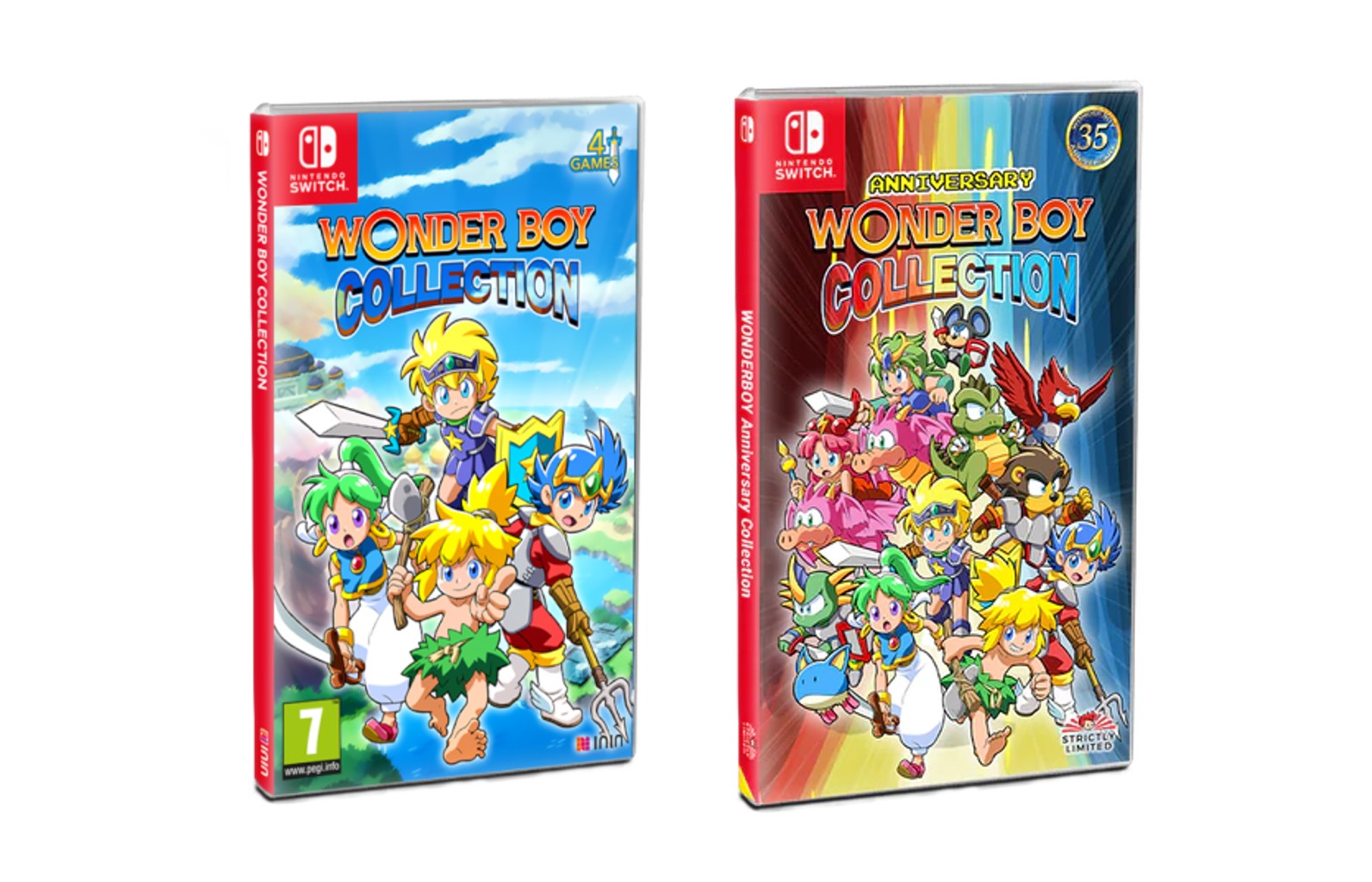 Meanwhile, in November of this year Strictly Limited will be releasing a physical collection called Wonder Boy Anniversary Collection for $49.99 which includes so many titles it needs its own spreadsheet. (taken from the official site) 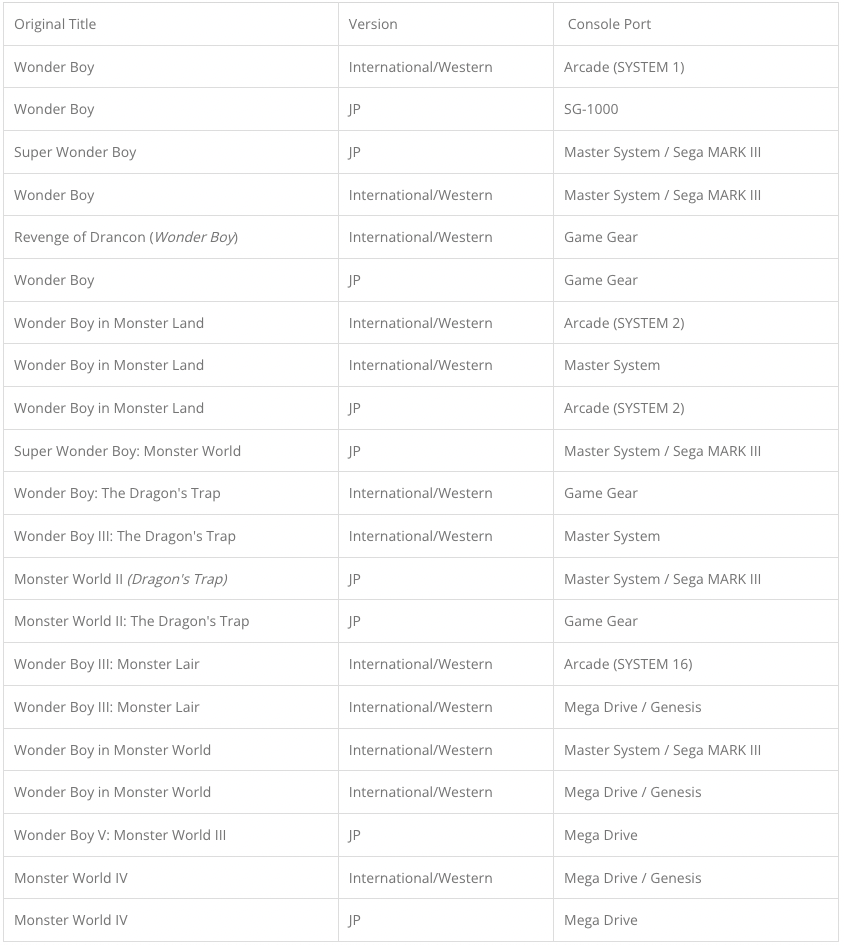 So again, I ask, what’s the deal here? Why is the same company releasing competing versions of the same product at different times if not to try and get two waves of sales out of the same set of ROM distribution rights? At least with Wonder Boy there’s a link to the Strictly Limited release on the regular Wonder Boy Collection ININ page, but it still can’t wash off the stink of this weird and seemingly exploitative release format.

So what’s the answer here? I honestly have no idea. As long as ININ Games keeps getting the rights to release compilations, it seems inevitable that we’ll see situations like this arise. I understand the notion of wanting to make your physical games unique in a digital world, but when you’re making actual content, especially entire older games, locked behind limited run physical releases, it just plain smells like an attempt to take advantage of folks' fear of missing out. That and the actual MSRP of these games being so high really doesn’t make these companies look very good.

What do you think? Is there a non-greed related explanation for releasing games in this manner? Let me know, because I’d love to see some sort of bright side here. In the meantime, they say my physical Turrican Anthology games will be in the mail sometime this month. I’ll continue to hold my breath.