The imminent release of the Xbox Series X got a lot of attention last week with the Xbox Games Showcase. In it, they seem to have made Xbox fans pretty happy with new trailers for Halo and Fable, among a handful of others that look pretty nice. (Okay, there’s a very loud contingent of folks who are Pokemon-level cheesed off about Halo’s graphics, but that’s a different conversation).

Microsoft is in a pretty interesting position at the moment. The Xbox One hasn’t been the success the Xbox 360 was, but it hasn’t exactly been a failure either. Regardless, the general census is that Xbox’s biggest problem is a lack of exclusive titles. Sony and Nintendo don’t have this problem, as they’ve both developed their own unique personalities over the years. Xbox is currently a brand that’s missing a real identity, though that wasn’t always the case. 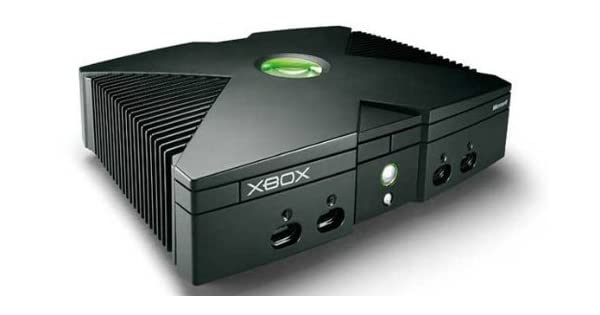 Back when the original Xbox launched, there were tons of exclusive games, though not all of them were created equal. The Xbox also lagged behind the PlayStation 2 in its day, but thanks to big games like Halo, Fable, Forza, and more, they built an audience that exploded on the Xbox 360. Now, it’s a bit harder to look at Microsoft and recognize a set of brands that are truly theirs.

They do, however, own a metric ton of studios. With the Xbox One lagging behind the PS4 and Switch in popularity, Microsoft didn’t just sit back and take it. They spent a bunch of money and bought studio after studio to create new exclusive content for their upcoming platform. It was a bold move, and I think it’s going to pay off.

But what about that all-important recognizability factor? Halo, Gears of War, and Forza are still around, but what other names are truly attached to the Microsoft brand? What others should be? What Microsoft needs is a larger stable of titles to call their own. IPs that say Xbox and nothing else. Now, on one hand, it’s easy to say take an old property everyone loved and make a new version on new hardware and call it a day. Classics like Crimson Skies, Jade Empire, and Otogi have the kind of followings many of Nintendo’s c-tier franchises do and making incredible new versions of them would be a sweet move. But what would be even bolder would be to take some of the bad ones, the decent ideas with cruddy execution, and give them another chance to shine.

The original Xbox’s lineup was full of these kinds of games. So let’s talk about a few, and whether or not they could be cool. 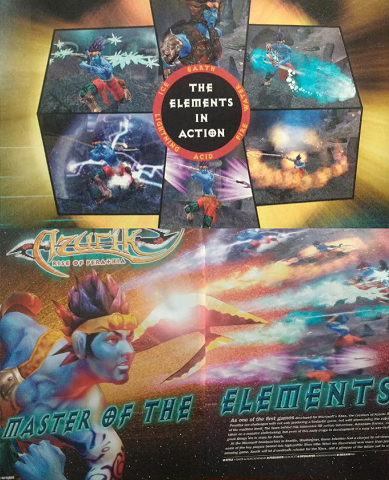 The first game that comes to mind for me when thinking of the original Xbox is Azurik: Rise of Perathia. This game had ads all over the place when the Xbox launched, and it looked kind of cool. “Looked” being the operative word here because I don’t think I’ve ever spoken to anyone who actually liked the game. Stil, a third person adventure starring a blue dude with magic and stuff seems pretty neat. 3rd person action adventures have been enjoying a bit of a renaissance as of late, what with stuff like Horizon: Zero Dawn and The Legend of Zelda: Breath of the Wild. A fresh take on this old property would be surprising and potentially kind of cool. 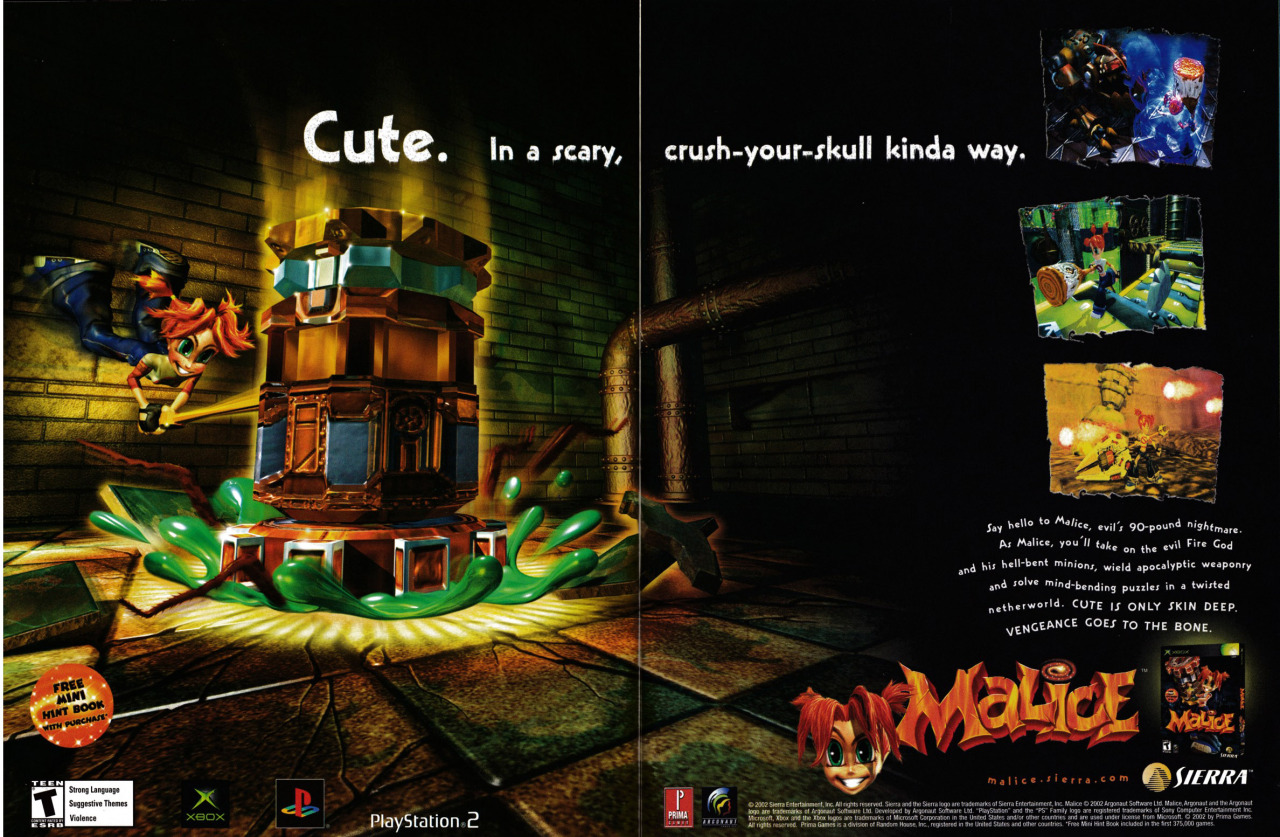 Remember Malice? I remember Malice. This game was supposed to be an incredibly big deal. Graphics like you’ve never seen, voice work by Gwen Stefani, Xbox exclusivity, the whole shebang.

The tale of Malice is a rather sad one, actually. It was chock full of cool ideas involving the character’s hammer and such, and was originally supposed to be a PS1 game before being touted as the be all-end all Xbox game. After years languishing in development Hell, it was eventually quietly released on both Xbox and PS2, pared down to something far more basic, and nobody cared.

So what if Microsoft got the team who wanted to make this fascinating little game together, and made it a reality? So few people actually remember the hype for this game to begin with, and even fewer probably realize it was ever actually released, so it would basically be a new IP at this point. 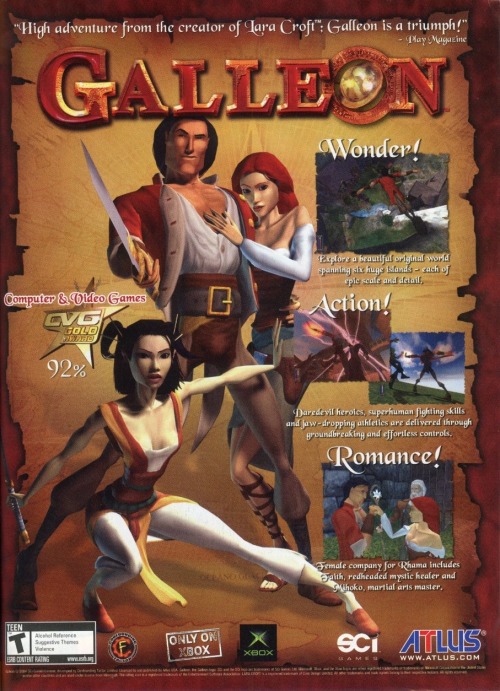 This game wasn’t a very good idea in the first place, but I will never forget how much it was hyped up when it was announced. Here was the new game from the creator of Lara Croft, and it was going to take the world by storm with the power of the Xbox.

What makes it an interesting proposition now is just how much Tomb Raider has changed since the old days, and the state of swashbuckling adventures as well. Galleon was a pretty stylized game, and while the final result wasn’t what many would consider incredibly memorable, I’m told it wasn’t all that bad either, and there’s a lack of action adventure games starring swashbucklers these days. There’s plenty of pirate ship stuff, and Sea of Thieves does have the stylized pirate thing pretty well covered for Microsoft, but I can’t help wondering if it’s possible for a game like this to live up to its potential, if there ever was any kind of potential to begin with. 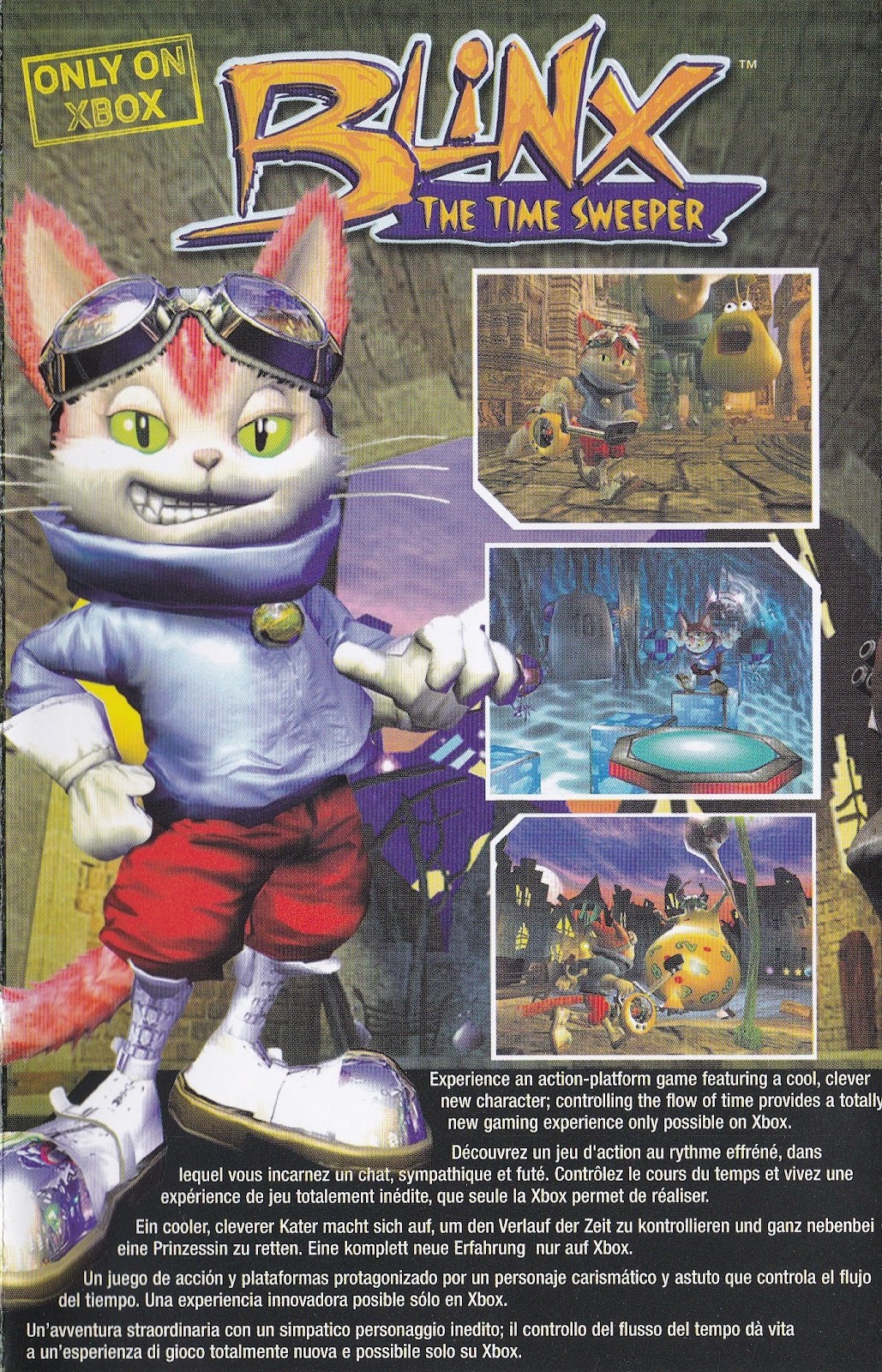 Nintendo had Mario, Sega had Sonic, Sony had Crash Bandicoot, Microsoft had Blinx. I’ve never played this game, but the character itself is a pretty nifty design. 3D character platformers have made a bit of a comeback lately, and since nobody seems willing to make a new Banjo game, this could actually be really cool.

Blinx did get a sequel on Xbox, but since the original didn’t exactly set the world on fire it seems part 2 was largely overlooked. I also understand that in it you don’t really play as Blinx himself all that much.

Bottom line is, time twisting 3D platforming with a cool looking cat isn’t a bad idea, and the power of a next gen console pumping out some crazy effects would rule, and as far as I know there isn’t anything quite like this on the way for Series X. Why not? 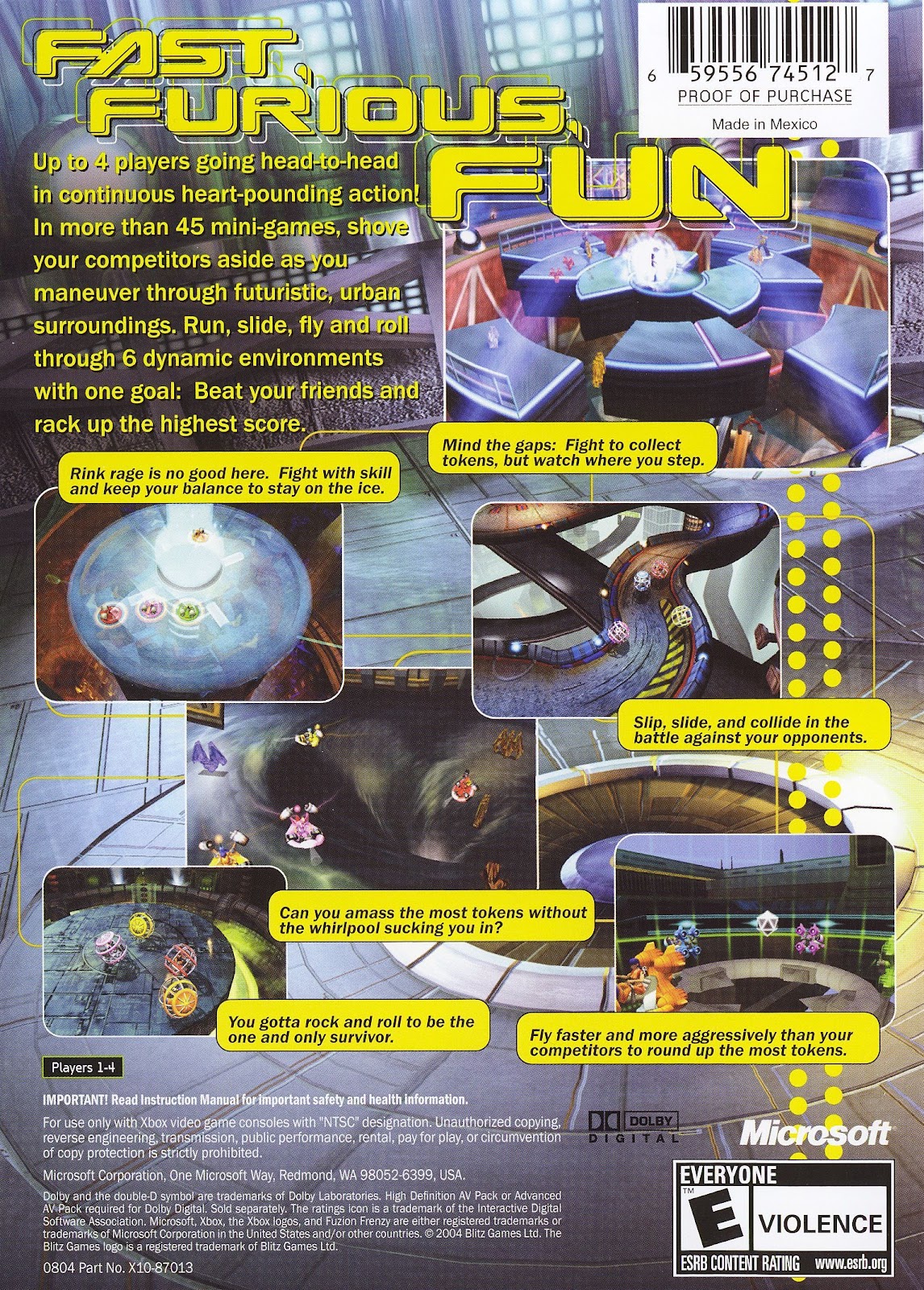 Fuzion Frenzy 2 happened, but let’s pretend it didn’t. Fuzion Frenzy on Xbox is a fantastically fun local multiplayer game. I don’t remember much about it myself, but I remember having a blast playing it with some friends one time, and darn it, I want a new version!

There’s more to be sure, but I think this is enough to get the point across. The original Xbox library is full of neat ideas that didn’t quite land the execution, and the Series X is as good a place as any to get them up and running again, and maybe even give them a chance to develop into full blown franchises.