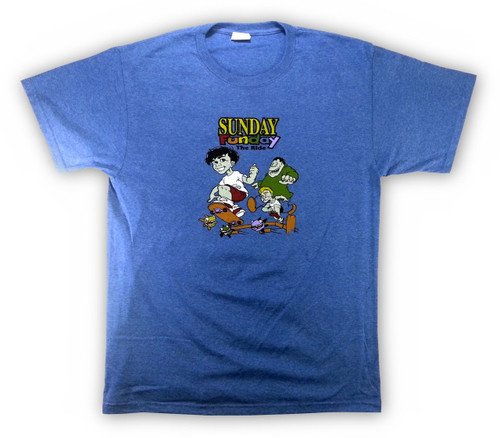 Menace Beach is a video game that was released for the Nintendo Entertainment System by Color Dreams in 1990. Like all Color Dreams games, Menace Beach was not officially licensed by Nintendo.
Menace Beach was later redesigned for a Christian theme and released by Color Dreams' Wisdom Tree label as 'Sunday Funday' in 1995. According to the game's instruction manual, the player controls a skateboarding hero who is late for Sunday school. In the game, the hero must use his skateboard and any objects he finds, such as balloons, grapefruits and newspapers, to defeat bullies, clowns and businessmen who are attempting to impede his path to Sunday school.
Sunday Funday features gameplay identical to Menace Beach. The hero carries a Bible in Sunday Funday, but not in Menace Beach. The hero's girlfriend from Menace Beach is replaced by a fully clothed Sunday school teacher.
The game cartridge included two features other than the game itself — an arcade-style puzzle game titled Fish Fall, a rendition of an unreleased Color Dreams game called Free Fall which was interspersed with Bible verses, and a sing-along of The Ride, a song by Christian pop band 4Him.
×
On Sale! Save 47%