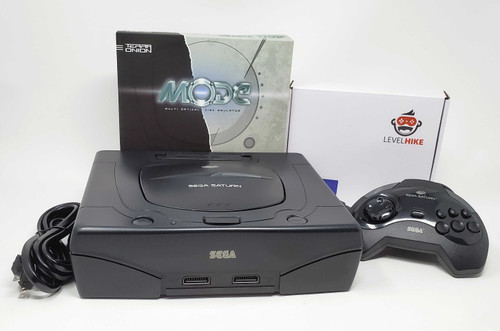 This is an original Sega Saturn console.  A MODE (optical disc emulator) has been pre-installed and included, along with a 1 Terrabyte SSD Hard Drive which has been mounted to the included 3D Printed Bracket.  The optical drive has been removed.  This console has also had a FRAM upgrade which eliminates the chance of data being lost due to a dead battery (a new battery is also included).  This console also has had an Ultrasonic Cleaning process done, and has had a UV Protective Coating applied.