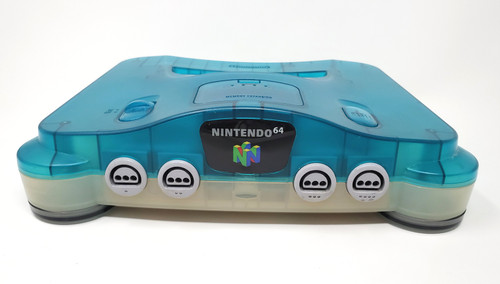 This is a modified Nintendo 64 Console.  An RGB modification was done which enables the use of RGB SCART cables to be used from the consoles original A/V port.  A region modification was also done, allowing any cartridge type to be used.  This console has clear Blue / White shell, which originally was only available in Europe or Japan.  We have removed the European / Japanese motherboard and replaced it with a regular North American version.  These are used consoles which may have blemishes, please see pictures to get an idea of the condition as they are of the actual item you will receive.