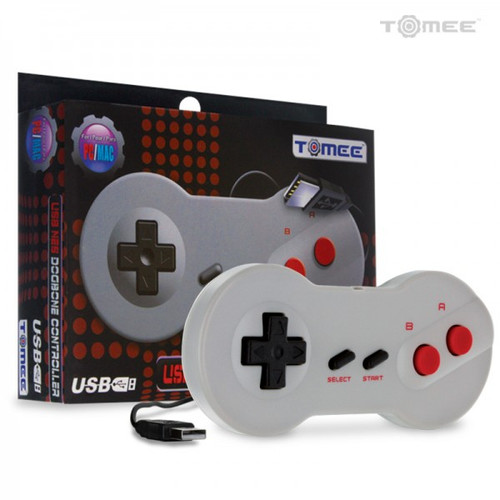 Shaped like a dog bone, The Tomee NES Dogbone Controller reduces thumb and hand fatigue thanks to its round body. It features an eight-way directional pad and four digital buttons, and its USB connectivity makes installation a snap on a PC or a Mac.