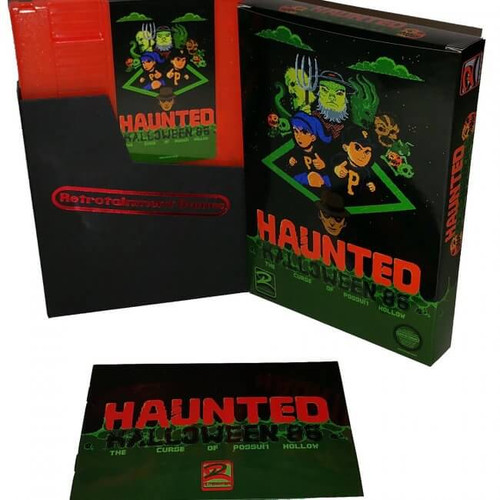 The year is 1986 and the town of Possum Hollow is under siege again. Harry has summoned a new pack of haunted henchmen from the depths to rise up and take control on the most evil of nights... Halloween Night.Last year Donny defeated Harry with an endless barrage of haymakers and sent him back into the depths but this year wont be so easy. Haunted Harry is back! Only together can Donny and Tami save Possum Hollow. Tag-Team Technology allows you to swap characters as you ght to survive. With all new moves, 7 new chapters of beat em up action and a bone-chilling soundtrack the tale of 86 awaits...