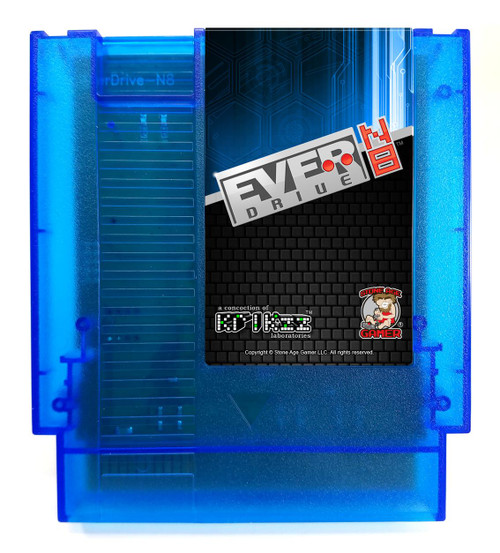 This Ocean Blue version of the EverDrive-N8 [NES] was discovered at the bottom of the first water level in Super Mario Bros. This cartridge comes assembled in a transparent blue cartridge shell*, deluxe blue label and is held together with silver phillips screws.