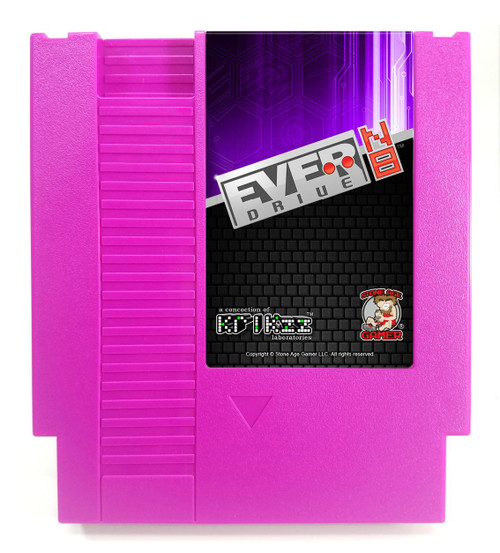 This Lilac version of the EverDrive-N8 [NES] was made from Jason Voorhees' purple track suit he wore in the NES Friday the 13th. We will never know why he wore a purple track suit, but at least we have this EverDrive-N8 to remind us of this fashion choice. This cartridge comes assembled in a purple cartridge shell, deluxe purple label and is held together with silver phillips screws.