Knowing full well this is going to be almost certainly completely wrong and ultimately pointless when we get the full roster reveal (possibly at E3 in a few weeks) I just don’t give an E tank. We have a fresh set of artwork for a fresh set of Robot Masters, and I simply can’t not speculate on who I think these guys are. Let’s dive right in, shall we?

First off, for those who may not have noticed (there was a lot of other news going on 5/19 as well, so it would be understandable if you missed some) Capcom blew the lid off a bunch of information related to Mega Man 11. It’s coming out October 2nd, there’s a super cool “Double Gear” system, it looks super challenging and cool, and there’s a special edition for Switch that comes with an awesome amiibo. That’s the basic info dump, but if you’d like to get all caught up, I recommend watching this trailer, and then this GameXplain video.

Now that we’re all on the same page, let’s get to some Robot Master speculation. Here are the images we have to work with. 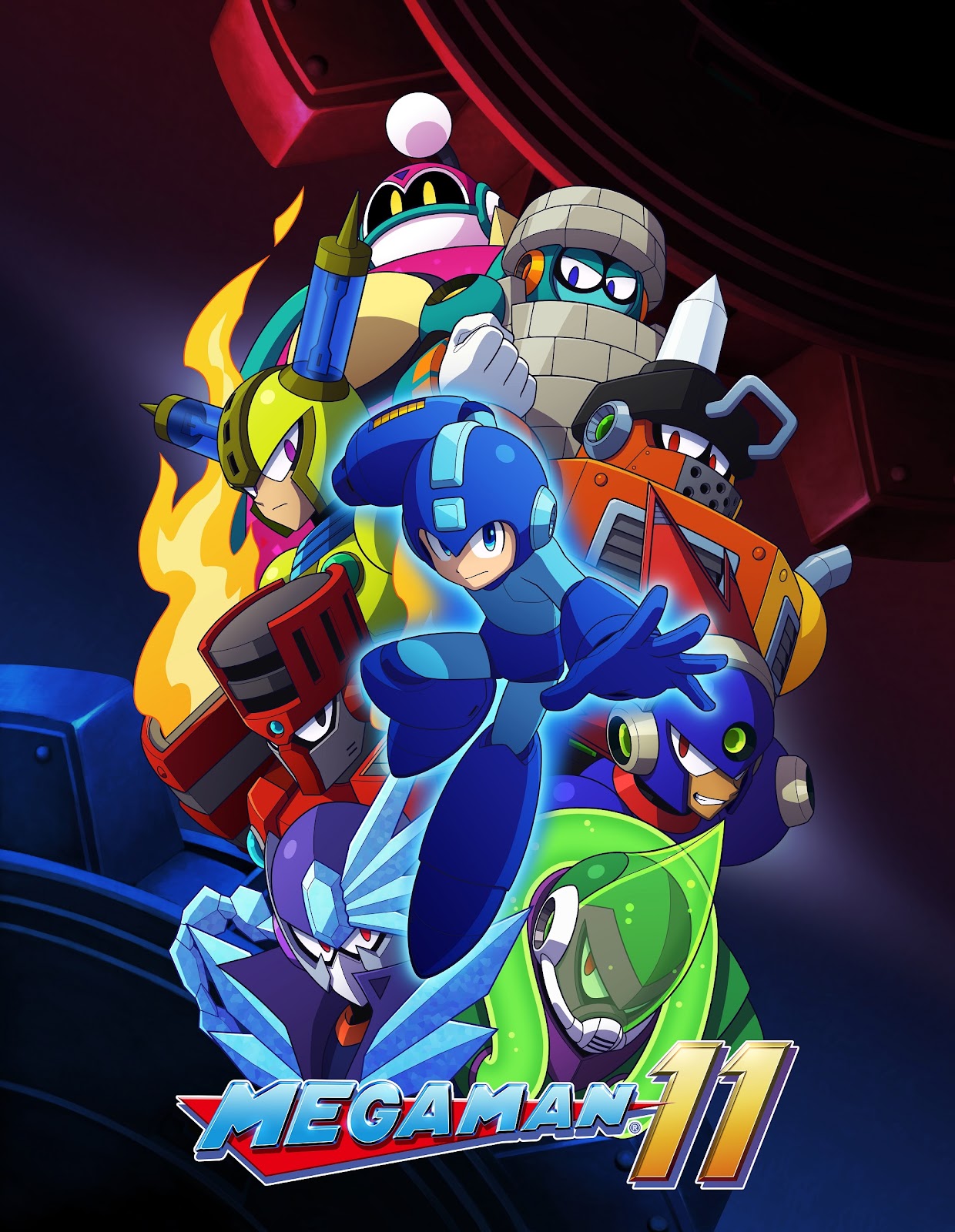 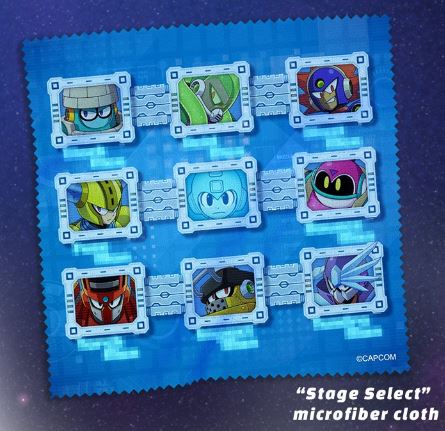 Now, let’s talk about the ones we know.

After the first Mega Man 11 reveal trailer, we got a picture of this dapper fellow. Turns out his name is Block Man, and he’s super cool. He can summon blocks from the sky, turn into a giant version of himself, and I’m sure a whole lot more. Classic Robot Master design. I couldn’t be happier about him. 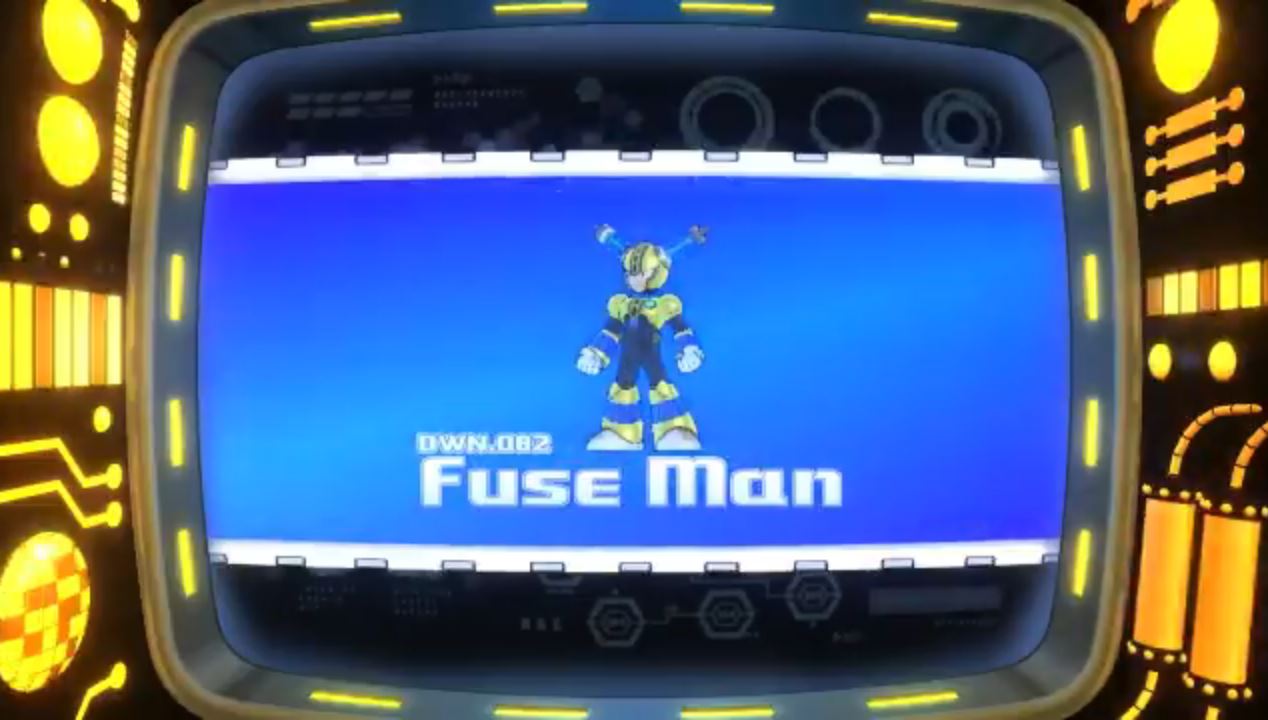 The other full Robot Master reveal was Fuse Man. I love this so much. He looks ridiculous with those two fuses sticking out of his head like that, but it doesn’t even kind of matter because he’s so cool! The battle with him in the trailer showed him moving unbelievably fast, and his battle and power both look like a lot of fun. So far so good. 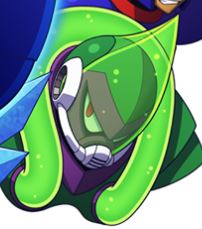 So, here’s this guy. He looks super cool. I’m loving this clear-full-of-green-stuff look. I’m thinking Acid Man. That seems to sort of line up with the blurred letters on the character select screen, and he looks like he’s full of acid. An acid power that eats through things could be incredibly cool for finding secrets in stages too. Imagine being able to eat through walls and floors to find secret rooms! Or hitting enemies and watching them dissolve in acid, or even change their behavior after being altered by the acid blast. My friend also suggested he could be called Toxic Man, which kind of broadens his abilities beyond just acid. A Toxic Man could also blow toxic clouds around! This guy has loads of potential. 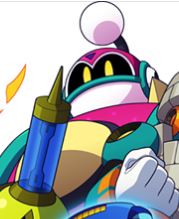 I’m at a complete loss here. He looks huge and pink. He also has a pom pom on his head, so… what? Something makes me think of a giant rubber ball when looking at him. So, maybe a Jump Man? Bounce Man? Boing Man? Toy Man? Based on the character select screen, Bounce Man looks like it fits best, but I’m not sold on it. That said, a Bounce Man power could go in some interesting directions (pun intended). It could be as simple as Mega Man shooting bouncy balls all over the place, but I think I’d like to see a power that actually makes Mega Man bounce around. It would be something pretty new for the franchise, and something that wouldn’t have been very easy to pull off before the advent of polygonal games like this one. Very excited to see what this guy has in store. 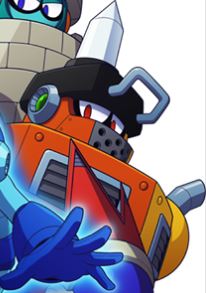 Alright. His head looks like a jackhammer. The holes in his mouth guard make me think of some sort of burner or lighter. His chest and exhaust pipe make me think of a semi truck. Random Construction Parts Man! No, that can’t be it. Whatever the first word is, it looks kind of long, so maybe he’s some sort of construction truck. Excavator Man seems too long, and that’s more of a shovel than a point anyway. Really, he looks like an impact hammer, (a thing I only know about because my son is obsessed with construction trucks) so I’m going with Impact Man. Not only is it a cool name, but it seems to fit the select screen pretty well. With this game being all modern and polygonal, a battle with an Impact Man could involve all sorts of terrain deformation stuff, which could be really fun. Kind of like a cross between Drill Man and Hard Man. As for weapons, I really don’t know. Maybe we could see the return of Sakugarne! 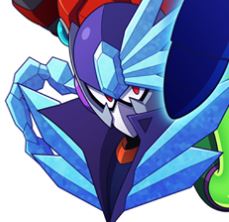 The first thing I see is the Rupee from Zelda on his forehead. Since it’s unlikely he’s Rupee Man, let’s dig a little deeper. It’s a shame there was already a Crystal Man because I feel like that would totally fit this guy. The way those crystals are all clustered together make me want to lean toward Amethyst Man, but the color is all wrong. Quartz Man doesn’t seem right either because that wouldn’t match the select screen. It definitely smells to me like these crystals will connect to one another and create clusters, kind of like those cool ice vines in Super Ghouls n Ghosts. Gemstone Man, perhaps? Stalactite Man? I don’t know. I can’t think of anything that would work here, unless I’m thinking about it all wrong. He does have quite the snazzy collar going on there. As for weapons though, the possibilities are endless. It could be as simple as another shield type thing, but I feel like we’ll be able to create crystal constructs that we can use to jump on. That would be awesome. 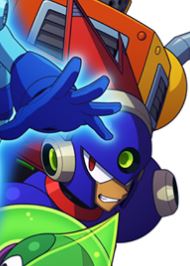 Nope. I got nothing. He’s blue. He has spiky red hair. Maybe it’s a crown? Crown Man? Blue Man? Robot Man? You know what? I’m going to just go out on a limb and say his power is more off the wall than any of that. Like Gemini Man. There’s no way you’re guessing Gemini Man from looking at that dude, so let’s see. I think this guy can control gravity force, kind of like Gravity Man, but more like how heavy things are instead of reversing gravity. So I’ll call him Force Man. OR, if you look at his select screen pic, he kind of looks like he’s wearing headphones. Maybe he’s Beat Man! He could be a rhythm-based Robot Master! Haven’t had one of those before. Not sure where they’d go with that, but it could be really interesting. 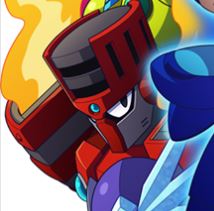 This is totally Torch Man. It looks like it fits with the select screen, there was a Torch Man in the Battle Network games that looks kinda like this guy, (and Mega Man 3 for PC, which is…. nevermind) and he just looks like a torch. He also looks awesome. Always a nice thing to have a fire weapon in a Mega Man game. I can’t wait to see what the rest of him looks like. He looks super dangerous.

Well, that’s my speculation. What do you think? Do you have some different takes on these guys? Are you as excited as I am to play a brand new modern Mega Man game?