It’s likely that you haven’t heard of West Coast Software Ltd., and for good reason. At first glance, they seem to be a shovelware company. That’s something I feel kind of bad writing, but I don’t know how else to describe their output. They're the purveyors of fine titles such as Fruit Fall Crush... 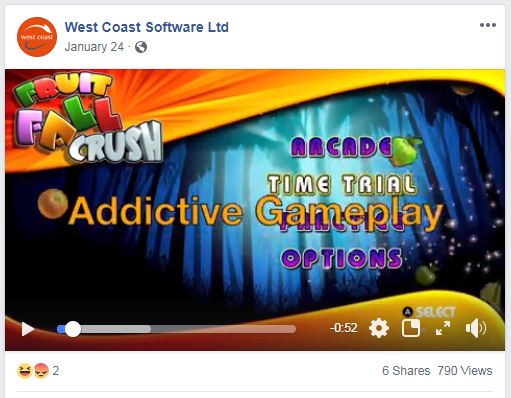 Addictive gameplay, you say? I wonder why the word Crush is in the title. And let’s not forget Rally Racers! 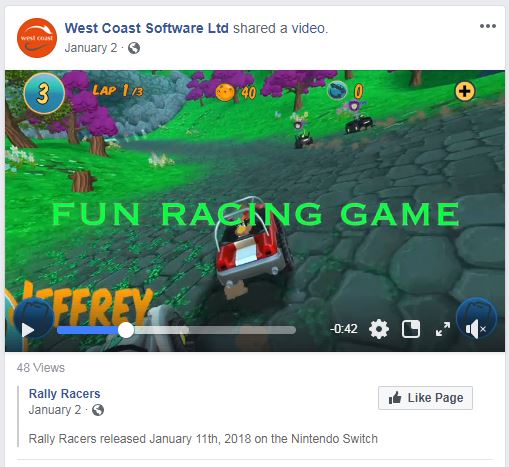 Word on the street is it’s a fun racing game! Again, I don’t necessarily want to sit here and trash these guys. I don’t know their story. What I do know is the games they have released over the past few years have been pretty scholcky at best. A neat little stack of me-too releases that I suppose don’t look too offensive, but are all at best derivative of other super-successful games. Studios like this are a dime a dozen. Take a stroll through the Steam catalog or the Apple app store and you’ll see just how far this well goes. What makes these guys in particular stand out to me though, is their non-original content.

I can’t find much information on how this actually came about, but a few years ago, West Coast Software remade the classic PC game D/Generation. In case you’re unfamiliar, D/Generation is a super cool action puzzle game about a courier trying to deliver a package to a mad scientist, or something. It’s got an isometric 3D perspective, clever environmental puzzles, an amusing sense of humor about itself, murderous geometric shapes, and a totally kick-ass theme song. You get yourself a laser, rescue hostages, open and close doors, and have a ball. It’s kind of like a cross between Oddworld: Abe’s Oddysee and the old arcade game Berzerk, if that makes any sense. 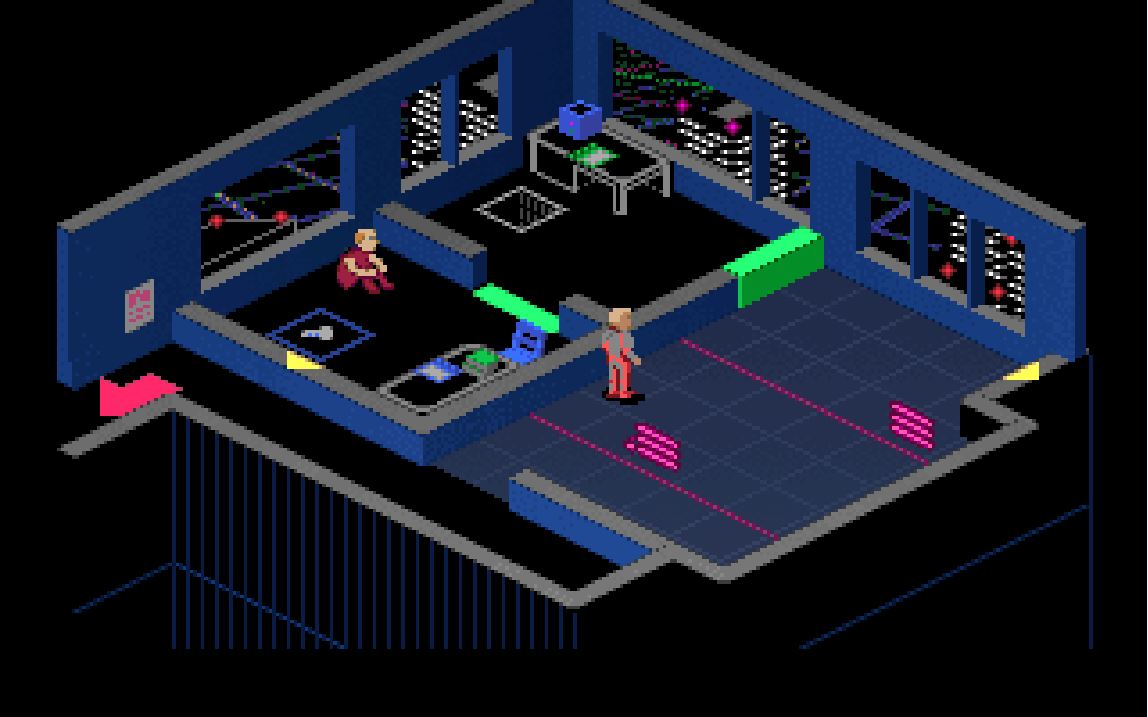 I played it on DOS years and years ago and I’ve only ever been able to poorly recreate it via emulation on my computer since. For some reason, playing this game with a controller has never worked out for me. No idea why. I’ve managed to successfully emulate other old DOS games with controller functionality just fine. But this game? No dice. Even with keyboard controls though, I adore this game and I’ve always wished for some sort of good console port so I could play it the way I like to play games, with a controller in my hand sitting back on my couch. Anyway, a while back I was doing some research into the game’s theme song for an episode of the WaveBack Podcast and I came across D/Generation HD. I honestly couldn’t believe it was real. Someone actually went ahead and remade this obscure old PC game and put it on consoles. Granted, at the time I think it was only on Xbox One, but still, D/Generation was going to reach a whole new audience, and that couldn’t be a bad thing. Well...

I don’t feel like that trailer does the game’s ugliness justice. Everything about this screams mid-90’s CD ROM game in the worst way. The explosion effects are hilariously bad. The “realistic” new art direction looks absurd, especially with the A/ and B/Generations. (The geometric shapes that try to kill you early on in the game). The writing appears to be the same, so that’s good, and the gameplay feels mostly similar, but the entire presentation makes the whole thing feel incredibly cheap. I have two theories about how this came to be. The first one is that West Coast is a group of developers whose hearts are bigger than their talent. They loved this game and tried their very best to make a modern version. They failed (in my opinion) but they tried. Second, and the scenario I believe to be what actually happened, is that these guys were just looking to make a quick buck off of something they thought might get them some attention. (Again, this is just a theory. I have ABSOLUTELY NO PROOF OF THIS) They looked up some old games that have cult followings, bought the rights on the cheap, slapped together a bare bones remake of said “beloved IP” and waited for the money to roll in. Here’s why I’m convinced it’s the second one.

First, look at their track record. Candy Crush is big, so they make a colorful puzzle game with the word Crush in the title. Mario Kart is big, so they fart out a generic kart racer. Derivative games aren't always a bad thing. Just look at how much better Fortnite is than PUBG. But these are perfect examples of the very worst games have to offer. Soulless games made with no other purpose than to try to get kids to accidentally buy them instead of the games they were actually looking for.

Second, D/Generation isn’t the only old game they’ve grabbed the rights to. These guys actually re-released James Pond II: Codename Robocod, of all things. Not the original James Pond, mind you, no. The second one, with just enough tinkering to make it run on modern hardware. This right here smells heavily of poorly thought out cash grab, much like the original Robocod. The first James Pond is a pretty decent game. It’s not a masterpiece by any stretch of the imagination, it’s not even in the top 20 Genesis games I’ve played, but it had some neat ideas and some catchy tunes and I didn’t hate it. Robocod was an already outdated Robocop reference when the original game was released, and it had very little to do with what made the first James Pond good in the first place. I’m not entirely sure what the rights situation is, but something tells me they looked at the title, saw the Robocop reference, and thought "That's funny, right? It's James Bond AND Robocop! Kids will eat it up. Let's buy that one." As far as I can tell, much like the recent baffling Bubsy game, James Pond failed to reach the mass appeal they were hoping for. Big surprise there. Sometimes cult classics can get a new lease on life with a remake or re-release. Sometimes though, games go away because they aren't very good. Robocod wasn't a very good game to begin with, and anyone re-releasing it has to have known that. 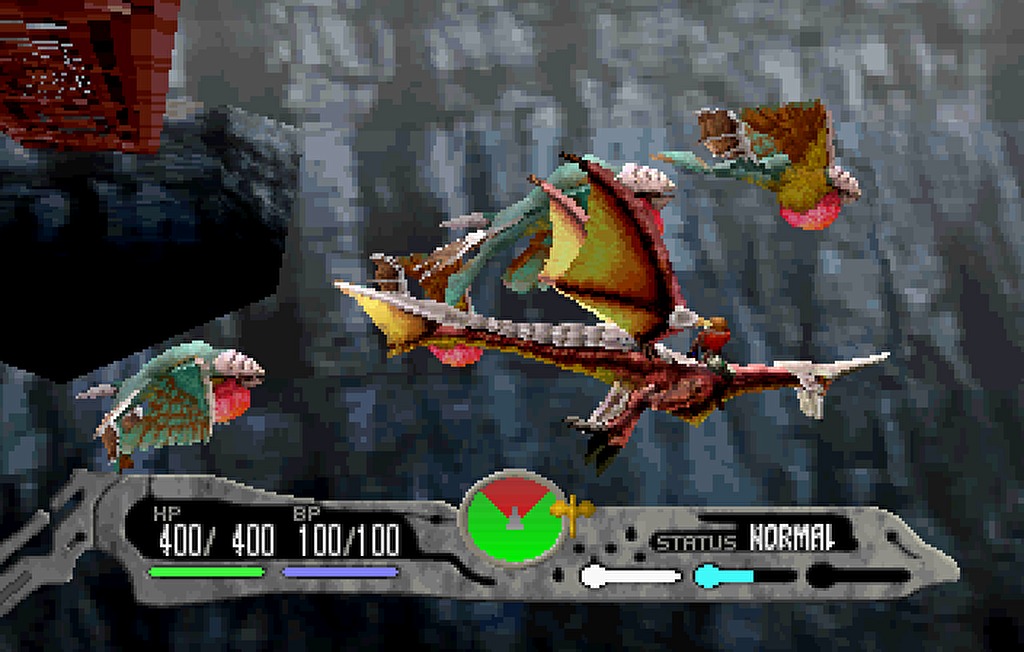 Finally, let’s talk about the way they’ve handled D/Generation. D/Generation HD hasn’t exactly set the world on fire either. If I hadn’t been looking for information about the original D/Generation, I never would have even known it existed. It got ported around to the PS4 and eventually even the Switch, where I finally picked it up hoping it was better than it looked. It wasn’t. Again, everything about the presentation just screams “this is cool, right? Am I doing this right?” Except for the music. Mark “TDK” Knight did the music and he did an exceptional job. It’s got a sort of “Portal” vibe to it. If a talented studio were to remake this game and use TDK’s music, it would be incredible.

Now, if you look at some of the best modern remakes of classic games, one of the things they have in common is a reverence for the source material. The Secret of Monkey Island: Special Edition and Wonder Boy: The Dragon’s Trap both offer real time switching to the original versions of the game. The Mega Man Legacy Collections added all manner of bonus content including packaging and art galleries. Even the Arcade Archives Donkey Kong game from HAMSTER lets you switch between 3 different iterations of the arcade game. D/Generation HD pays absolutely zero homage to the original, and that kind of sucks. Apparently I wasn’t the only one who felt that way.

A few months ago, I caught wind of D/Generation: The Original for Switch. Yes, that’s actually what it’s called. I thought for sure this must be a new mode added to D/Generation HD, but no! "By popular demand," for the low low price of $14.99 you can own the original version of D/Generation in addition to your copy of the hideously cobbled together D/Generation HD! I bought it, like a sucker, so I could finally play the version of my youth on a TV with a controller, and it’s… well, it appears to literally be just a ROM dump of the Amiga CD version. UGH.

Again, information on the original game’s development isn’t something I have been able to discover, but I’m pretty confident in saying the Amiga version wasn’t the lead platform. When I was researching the original game’s music for WaveBack, I got in contact with TDK who lead me to the original game’s composer, Sean Gugler. The only version of the original PC game’s music I had was what I recorded off of DOSBOX. There’s a part in the intro where your character shows up riding a jet pack, and I was hoping to get a version without the jet pack sound covering up the music to play on the podcast. Mr. Gugler told me that the jet pack sound was actually built into the music itself so they wouldn’t have to use a sound effect at all, since the only place the music plays is during the game’s intro. So what he did for me was go back to his original composition and remove the jet pack sound and gave me the new file to use on the show. (WaveBack episode 24). He also told me that other versions of the game didn’t play his original composition right and that there were notes missing. It’s pretty wild, and the song sounds way better the way the composer originally intended. And the version of the game the song he gave me came from was the DOS one, so I’m pretty sure that was the original, not the version West Coast is billing as “The Original.” 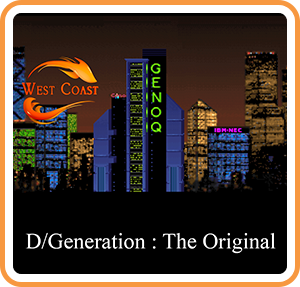 Putting the original up as a separate release instead of patching it into the HD game is a crappy move, and really what most shows me these folks aren’t serious about getting this game into new hands so much as they’re just trying to make a buck wherever they can. They say they released the original “by popular demand” which I guess is true in a sense. I know I sent them an email a while back about putting the original in as an option in D/Gen HD, and I guess I wasn’t the only one. But as a separate game, and with that title, come on. That’s just shoddy.

So please, someone pry this game out of the hands of West Coast and do it justice. It’s a great idea, and its legacy deserves so much more than this half-assed attempt. It isn’t some sort of long lost masterpiece, but it is something that if remade properly could probably do quite well for itself. But not in the hands of these guys. So I’m asking the universe to find a way to do D/Generation justice. Give it its character back. Make it look good. Put together something that’s faithful to the original. Maybe somethign that lets you choose what flavor you want to play, PC, Amiga CD, Atari ST, whatever. Just make it better. (And get TDK on the phone to do the music again). Because what we have now just isn’t good enough.