With all 3 Zelda games in hand, it was finally time to test this sucker out. The first game I tried was Link: Faces of Evil, because that was the one I had the most history with. Let me say this right now. These games are awful. Just dreadfully awful. I had seen videos of them in action before, but I can tell you from personal experience that until you place your hands on a controller and actually feel them for yourself, you have no idea just how bad they are. Faces of Evil and Wand of Gamelon play exactly the same, but the one thing they have going for them is that for all their faults, they're still interesting. Zelda's Adventure, on the other hand, is brutally dull. It's almost aggressively dull, if that's even possible. Every part of the game that I could find was chock full of terrible art direction, hideous digitized graphics, and ungodly load times. You basically just wander around as Zelda and thwack things with a stick. Honestly, when I was playing these for the first time I was pretty pressed for time, and I only put about 10-15 minutes into each game before turning them off. Don't get me wrong, I enjoyed every second. I have a real soft spot for bad games. But make no mistake, they're known as the Unholy Triforce for a reason. They're very, very bad. 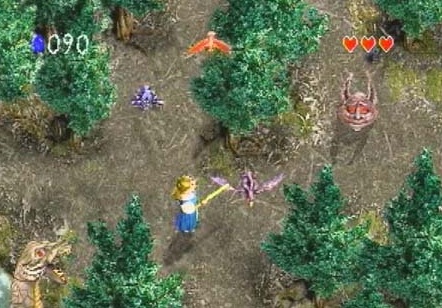 Man, this is unattractive.

Still, I wanted to see what they had to offer. I don't imagine a lot of CD-i owners took the time to polish off these games back in the day, and I know there aren't a lot of current CD-i owners out there playing through them. I really wanted to count myself among the few folks out there who could say that not only did they have these games, but thatthey knew what the full experience was actually like, and I promised myself that I would find a way to make it happen. The trouble now was making the time to actually dedicate to the cause. Fortunately, a friend of mine was organizing an event that would afford me just such an opportunity.

My good friend and former co-host on the Stone Age Gamer Podcast, Dean, had his own website, and he wanted to do a 48-hour Twitch streaming event to raise money for a local kid with cancer. This was back in 2014, so Geekade and the Stone Age Gamer Podcast hadn't started yet, and Dean and I didn't really know what we were in for. I volunteered to help him out by lending him a sizable chunk of my collection to choose weird games from, and by playing all 3 Punch-Out!! games back to back to back on the stream so he could have a break. I also offered to play Link: Faces of Evil for a few hours. It was during this play time that I came to understand two things. First, I gained a bit more of an understanding of what the developers were trying to do. Don't misunderstand me, the games are still awful, but there is the basic skeleton of a good idea in there. Second, if I was ever going to actually beat these games, I was going to need a different controller.

Earlier this year, I decided to try and put together a new charity event called the Pain-in-the-Ass-a-Thon. The idea was to stream difficult video games for 24 hours straight, and I volunteered to play Link: Faces of Evil again. Only this time, I was going to make an honest attempt at beating the damn thing. And that meant finding a new controller option for my CD-i.

Initial eBay searches were a bust. The cheapest I could find the basic CD-i gamepad for was around $100, and I wasn't about to drop that kind of cash on a controller. I took to some retro gaming forums and learned there was a guy out there a few years ago making CD-i Genesis controller mods, but he had long since stopped making them, and nobody seemed to be selling his finished product anywhere. Undaunted, I eventually came across a YouTube video by a French guy named Laurent. This fine gentleman had worked out a mod that allowed him to play his CD-i with a Super NES controller. I messaged him to ask if he would be able to provide one for me in time for the marathon, but unfortunately, my timetable just wasn't possible for him. He did, however, direct me to where he had published the technical plans for the mod online. Now, I'm nowhere near tech-savvy enough to pull off a mod of any sort, but someone I knew was. Enter the Fat Man.

I honestly have no idea why he's called the Fat Man. He's not fat. Like, not at all. But he is pretty damn good with his hands, and has more than a passing understanding of electronics. He also happens to be Dean's dad. We showed him the technical plans for the SNES controller mod, and he said it should be no problem. He also completed an AV out mod for my Atari 7800, so he's double awesome in my book. There were a few minor hiccups along the way, but in the end, he gave me this awesome-looking box that plugs into my CD-i and lets me control it with a Super NES controller. 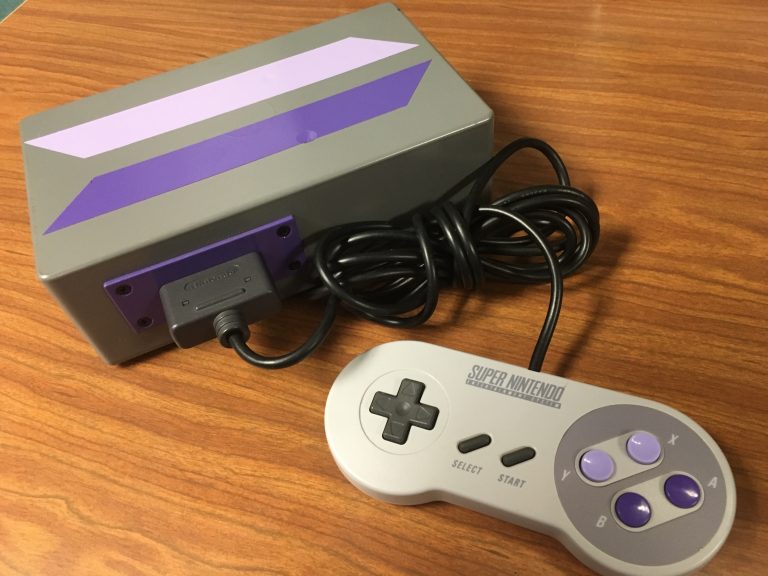 Just look at this masterpiece right here. Custom built for me by the Fat Man.

Let em tell you, the difference is night and day. The first game I tried out was Hotel Mario, and wow. Just wow. The game is actually almost good! Without using the dumb-ass wand thingy, the controls are relatively tight. Granted, they're still not exactly up to regular Mario game standards, but it's very playable, and kind of fun. I saved Faces of Evil for the marathon though. I wanted to go in relatively blind. And armed with my snazzy new controller option, I was going to beat it.

And beat it I did! We wound up using a walkthrough, because to call some of this game's design obtuse would be far too kind, but I finally saw everything Link: Faces of Evil had to offer. And you know what? It was pretty wild. It took me just over 4 hours to complete, and there's no way I would have been able to do it without the controller mod. Unlike Hotel Mario, the controls in Faces of Evil are still simply terrible. But with the help of a proper controller, it is perfectly playable, and while it was an arduous task to say the least, it was well worth all the trouble. The PITAthon turned out to be a huge success, so we've decided to make it an annual thing, and I've already committed to playing Wand of Gamelon next year, and Zelda's Adventure in 2018. Then I will finally put these games to rest forever.

So 1/3 of my quest is complete, and the second and third parts are on my calendar. In the end, they may not have lived up the the hype created by that original infomercial, but even so, I'm still glad I was able to get my hands on all 3 of them. Do I recommend tracking them down and playing them yourself? That's going to depend entirely on just how much disposable income and free time you have on your hands. For the die-hard Zelda completionist, they are an unforgettable and fascinating experience. For everyone else, they're little more than a trio of really bad games that just happen to bear the Zelda name. It's been a long, long road, but the end is in sight. And that certainly counts for something.

And now, a quick word.

Cards on the table, I sat down a few days ago with the intention of writing about the controller mod. That's it. I thought it was cool, and I wanted to share it with the Stone Age Gamer community. But when I started writing, I kept being reminded of all the things that made that controller mod so special to me. Now we have this 3-part opus that was never my intention to write in the first place, but I'm not exaggerating when I say I honestly couldn't stop myself. I adore this little gray box not just because it performs the function that it does, but because it's another part of this insane story that started with a stupid infomercial my sister was watching. I look at my CD-i and I'm reminded of that story, and think about how crazy that is. I wanted to play this Zelda game when I first saw it in 1993. A french guy, a dude in the Bronx, a lucky trip to a game store, a hurricane, A Fat Man, and 23 years later, I finally did it. And that, my friends is why I love video games. It's why I do the podcast, it's why I write these blog posts, and it's why I love this stuff with all my heart. Almost every item in my collection has a story attached to it in some way or another, and I wouldn't trade them for anything in the world. I will likely never touch these Zelda games again after they're finally complete, but you can bet that I'll never get rid of them. Because every time I see them sitting on my shelf, I'll be reminded of this insane journey, and it will make me smile. And it will have been worth it.