A Tale of Love Gone Wrong

Swearing allegiance to a single platform holder is a very common thing, and has been since the dawn of video games. For whatever reason, a certain degree of tribalism has always permeated this great hobby of ours, and whether it’s believing in your heart of hearts that your Colecovision games were infinitely superior to their Intellivision counterparts or dunking on Xbox fans because they don’t have the new game about stray cats, the behavior has always resulted in more anger and frustration than it’s worth.

I myself am guilty of having had a near-lifelong bias in the world of gaming. I got my start on the Atari 2600, but once I discovered Nintendo, it was pretty much all over for me. I still loved my Atari, but they weren’t exactly making much in terms of new hardware anymore (at least none that I ever saw in stores) and my instant love of Nintendo quickly formed a sort of strange bias. I was fascinated by my one friend who had a Master System, but I always looked down on the console with the attitude that my Nintendo was superior. 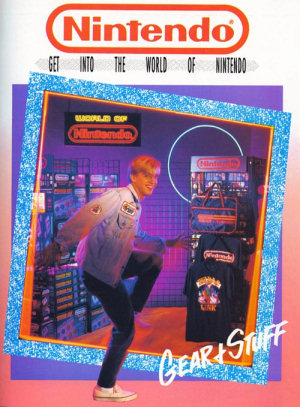 At the time, it wasn’t much of a big deal because Nintendo basically owned the vast majority of the market. But when the Sega Genesis came out, the console wars in my life started for real, and I couldn’t stand those darn Sega fans.

I staunchly stood by the Nintendo camp exclusively, enjoying my NES, Super NES, and Game Boy libraries while all but completely shunning Genesis and Game Gear. I had friends who had those systems and of course I’d play them while I was at their houses, but I wouldn’t let any of that nonsense into my home. I was a Nintendo fan, and that meant playing exclusively on Nintendo platforms, period.

Even when Atari released the Jaguar, I wasn’t having any of it. When I discovered the NeoGeo, no thanks. TurboGrafx-16? Don’t make me laugh. The Super NES was the be all end all. But when the 16-bit era started to fade, things started getting a little tougher.

The launch of the PlayStation, Saturn, and 3DO systems really caused me to itch for something a little newer than my SNES. I was still absolutely enjoying the heck out of the thing, but I couldn’t wait to see Nintendo’s franchises hit the consoles of tomorrow. But because of my brand loyalty, I never even considered picking up one of those newfangled CD-based systems, with the exception of one: the Philips CD-i. That's right, thanks to that console featuring Mario and Zelda games, I was, for a time, way more interested in the CD-i than the PlayStation or Saturn. My parents never bought me the system, and thank goodness for that, but it’s not hard to see in hindsight just how warped my perspective was. 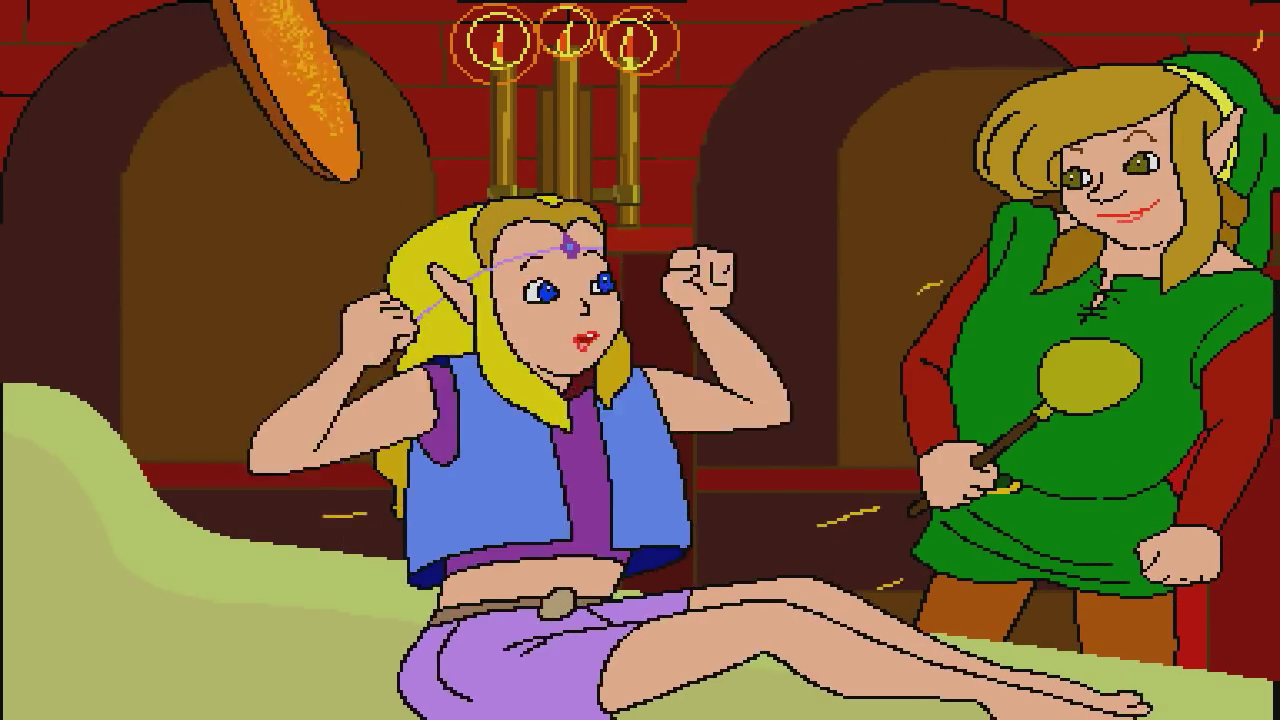 As rumors of the Nintendo 64’s launch loomed, I bought a Virtual Boy on day 1 and proudly proclaimed to all my friends that it was the true future of gaming, until the N64 came out anyway. And then, when the N64 itself launched, I was happy as a clam. Super Mario 64 was a masterpiece, Zelda 64 was on the way, and all was right with the world.

Except it wasn’t. I’m not saying I didn’t enjoy my Nintendo 64 because I did. But as I got older I couldn’t help but notice just how much more fun there was to have on other platforms, specifically the PlayStation. I had gotten a job at my local FuncoLand, and being exposed to so many games on so many platforms really got me thinking. Maybe being a Nintendo fanatic at all costs isn’t the best idea.

I started trying Sega Genesis games on the store’s interactive units and it became painfully obvious to me that I had missed out on some really great stuff. Games I completely adore today that I would have had a blast playing when I was younger had completely passed me by simply because I had chosen a side in an imaginary war. I still vastly preferred my Super NES to the Genesis, but Genesis offered a completely different take on 16-bit gaming in a lot of ways, and that platform absolutely had merit that I never understood before.

The real kicker came when two series skipped Nintendo 64 in favor of PlayStation. I read in a magazine about Castlevania: Symphony of the Night and I saw the Final Fantasy VII demo at a friend’s house. I was a huge Castlevania fan, and while I was pretty ticked off about skipping Bloodlines on Genesis, I was ultimately okay with it because when I tried it at a friend’s house I didn’t like it all that much. Symphony though, that was a different animal. This game looked amazing, and I had to have it. Couple that with the impending launch of Metal Gear Solid, another franchise that I loved back in the NES days, and I made a decision. It was time for me to give up this whole Nintendo fanatic thing and just play video games. 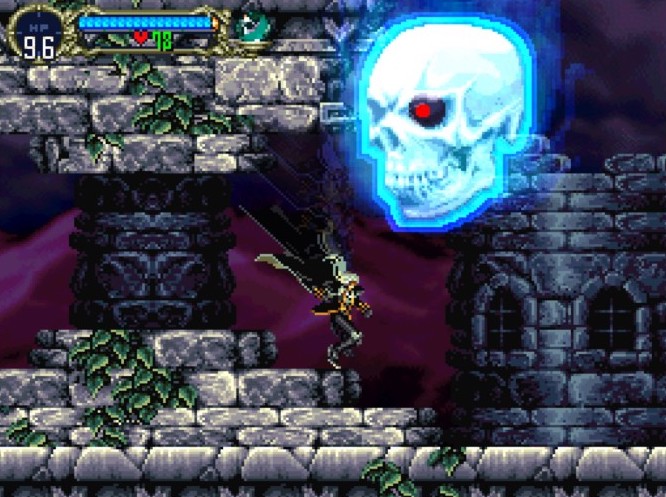 I went out and bought a PlayStation and a copy of Castlevania and it was one of the best decisions I had ever made in my life. I kept my Nintendo 64 obviously, but it didn’t see nearly as much play as my PlayStation. I didn’t really like GoldenEye, Banjo-Kazooie, Majora’s Mask, Jet Force Gemini, Diddy Kong Racing, and a lot of the other N64 games that people were really into at the time. I loved Ocarina of Time, Mario Kart 64, Star Fox 64, and of course the excellent puzzle games The New Tetris and Dr. Mario 64, but pound for pound the PlayStation had so much more that I was interested in at the time.

The point is, with a few exceptions, I wasn’t having fun with my Nintendo 64, but I would have stuck with only it, defending it to the last, had Inot gotten that job at FuncoLand and opened my eyes to just how much great stuff I was missing. Once I took my Nintendo blinders off, I played through Symphony of the Night, Metal Gear Solid, Legacy of Kain: Soul Reaver, Frogger, and more. While the N64 was chugging through games like Mace: The Dark Age and Dark Rift, I was playing Soul Blade and Tekken. Mega Man 8, Street Fighter Alpha, even a sort of neat Blaster Master game were all nowhere to be seen on N64. I didn’t like every PlaySation game, but I had so many more options now. I eventually picked up a Saturn too and played stuff like Burning Rangers and Panzer Dragon. I played the Game Gear Sonic games which were a blast, and I went back and bought a Genesis to experience franchise entries I missed like Hyperstone Heist, Contra: Hard Corps, and Castlevania Bloodlines. I played through the Sonic games which were outstanding. I played Comix Zone, Ecco the Dolphin, Toe Jam & Earl, and more. And the Dreamcast launch! Oh, the Dreamcast. What a great system. 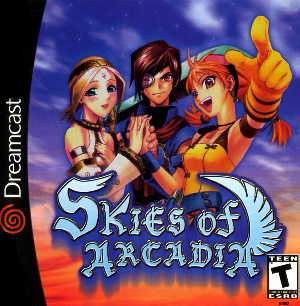 This mindset helped me through the generations that followed too. I never lost my love of Nintendo, but when they focused on things I didn’t care about, I had options. I was able to enjoy the PS2 alongside my GameCube, the Xbox 360 alongside my Wii. Same thing happens now. I love my Switch, but I don’t really care about Pokemon, Fire Emblem, or Xenoblade Chronicles. So I’m using this time to catch up on some stuff on my Xbox. I absolutely play my Switch a billion times more than my PS4 or Xbox One, and I have thus far no interest in purchasing a PS5 or Xbox Series, but that’s more a reflection of me going where the games I want to play are than brand loyalty. Getting past my tribal mentality in relation to Nintendo opened my eyes to so many games I would have skipped otherwise, and I’m honestly a better person for it.