It’s something fans have been wondering about since day one. What is Nintendo going to do about the Virtual Console on Switch? It’s certainly bizarre to see them not tagging Super Mario Bros. at $5 and tossing it up on the eShop again right out of the gate, but this time I guess they didn’t need to. The Switch is performing just fine without Nintendo’s legacy content. The only thing we know about it is that they’ve said that they plan on tying some of their retro games to their online service in the not too distant future, but that’s hardly the Virtual Console folks have been requesting. However, with some recent releases showing promise and success without the VC banner over their heads, it raises the question of whether or not a singular theme for classic releases is even necessary anymore.

First and foremost, we have the Arcade Archives from HAMSTER. These are split in two distinct flavors: Neo Geo and Arcade. The Neo Geo stuff must be doing pretty well for itself because they don’t seem to be slowing down with their release schedule. At almost any given point since the Switch’s launch, there’s been at least one Neo Geo game on the horizon. I’ve never been a huge Neo Geo guy, but I love that this stuff is on there. The arcade line is what really grabs my attention though. Not only are they offering arcade-perfect recreations of cool stuff like Moon Patrol and Double Dragon, but if they start diving into what they’ve already released on PS4 and Xbox One, there’s virtually no end to the amount of awesome they can provide Switch owners. Bubble Bobble, City connection, MagMax, be it a household name or all manner of obscure, these releases are fantastic, and each and every one of them deserve a chance to be picked up and played by audiences for all time. But even cooler than that is how they’ve started releasing Nintendo’s own arcade stuff, something Nintendo themselves have never seen fit to do. There aren’t many so far, but for the first time ever, people can try their hands at the arcade versions of Mario Bros., Vs. Super Mario Bros., Punch-Out!! and more from the comfort of their own homes or on the go. If I can finally get the arcade version of Donkey Kong, and maybe a little DK Jr., DK3, and even Radarscope, I’ll be a very happy man.

Next we have Flying Tiger Entertainment’s Data East titles making their way to Switch. You’re never going to hear me argue that Bad Dudes vs. Dragonninja is a ”good” game, but it can be a fun one. Depending on how deep they plan to dive into Data East’s catalog, we could be playing titles like Burgertime, Karate Champ, and Bump n’ Jump in no time. There’s certainly a question to whether or not they’ll be diving into their NES releases in this line, but in most of Data East’s instances, the arcade versions are superior, so I won’t sweat it too much. 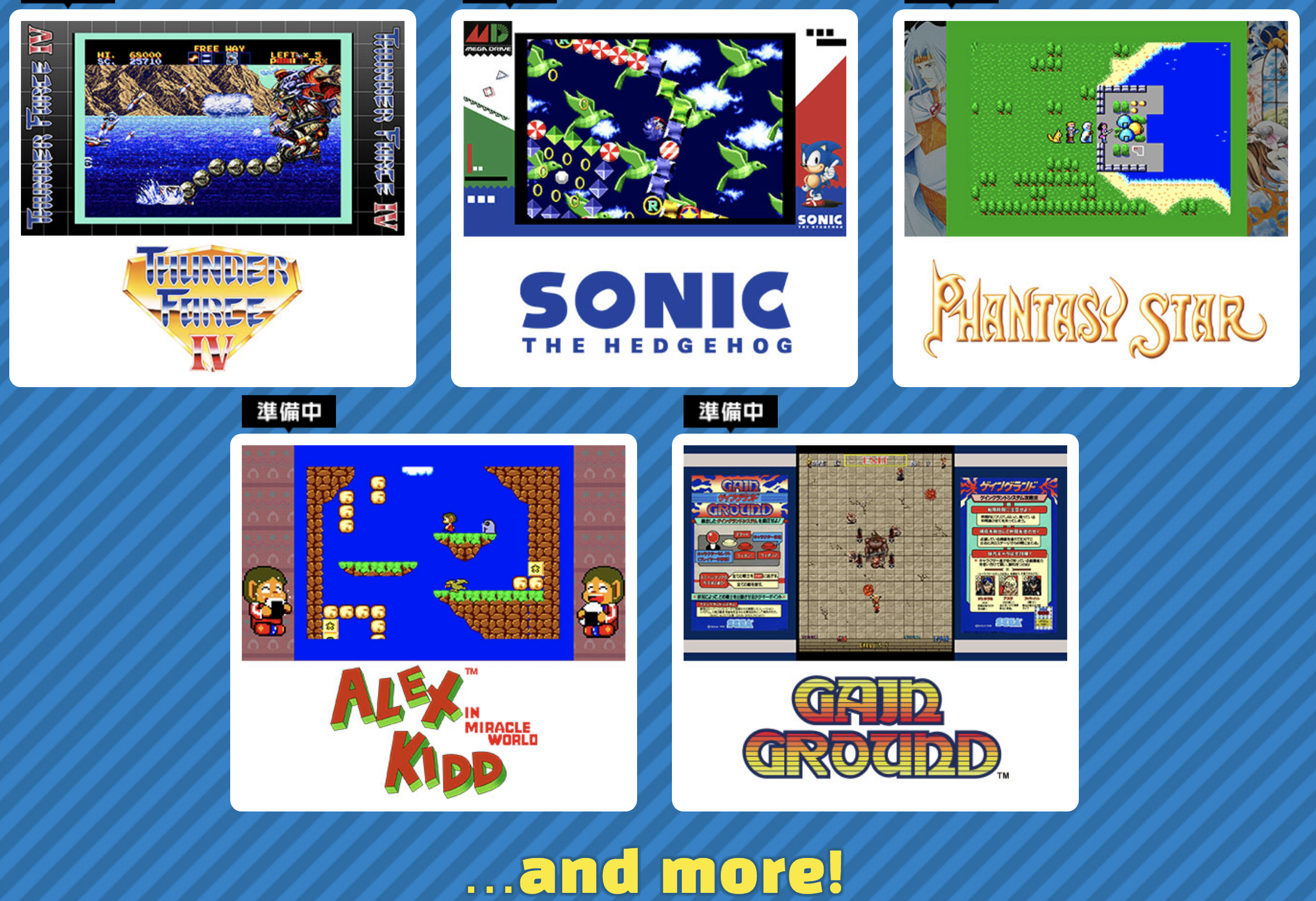 Then we have the recently announced Sega Ages line, which is certainly some of the most interesting stuff in the old games on new systems department. Not just because it’s always cool to have Genesis, Master System, and Sega arcade classics on your system of choice, but what they said about its potential future. Saturn and to a lesser extent, Dreamcast have been woefully underrepresented on modern consoles for quite some time. With M2 (the team behind the exquisite Sega 3D Classics line on 3DS) at the helm, the potential of seeing quality ports of games like Panzer Dragoon II: Zwei, Burning Rangers, Toy Commander and more hit the Switch is very exciting. And if they can get 3rd parties on board and bring us (a hopefully slightly enhanced) Saturn version of Symphony of the Night, Power Stone, and more, good times will be ahead.

Looking over at Capcom, they’ve been doing a pretty good job of collecting their old properties for re-release of late. Sure, they haven’t announced the Disney Afternoon or Devil May Cry collections for Switch yet, but I’d like to think that logic will take care of that sooner or later. And even if they don’t it’s still good to have these titles readily available for PS4 and Xbox One owners. On the Switch though, we have Mega Man Legacy Collection, Mega Man Legacy Collection 2, Street Fighter 30th Anniversary Collection, Mega Man X Legacy Collection and Mega Man X Legacy Collection 2 all hitting in the next few months.That’s an insane amount of quality content, some of which has never appeared on a Nintendo console before. Sure, it’s disappointing that the games in the Street Fighter collection are strictly the arcade ports (Alpha 3 had a lot more going for it on consoles and PSP) but still, that’s a lot of good games to get through. Capcom is welcome to keep making compilations like these as long as they want. 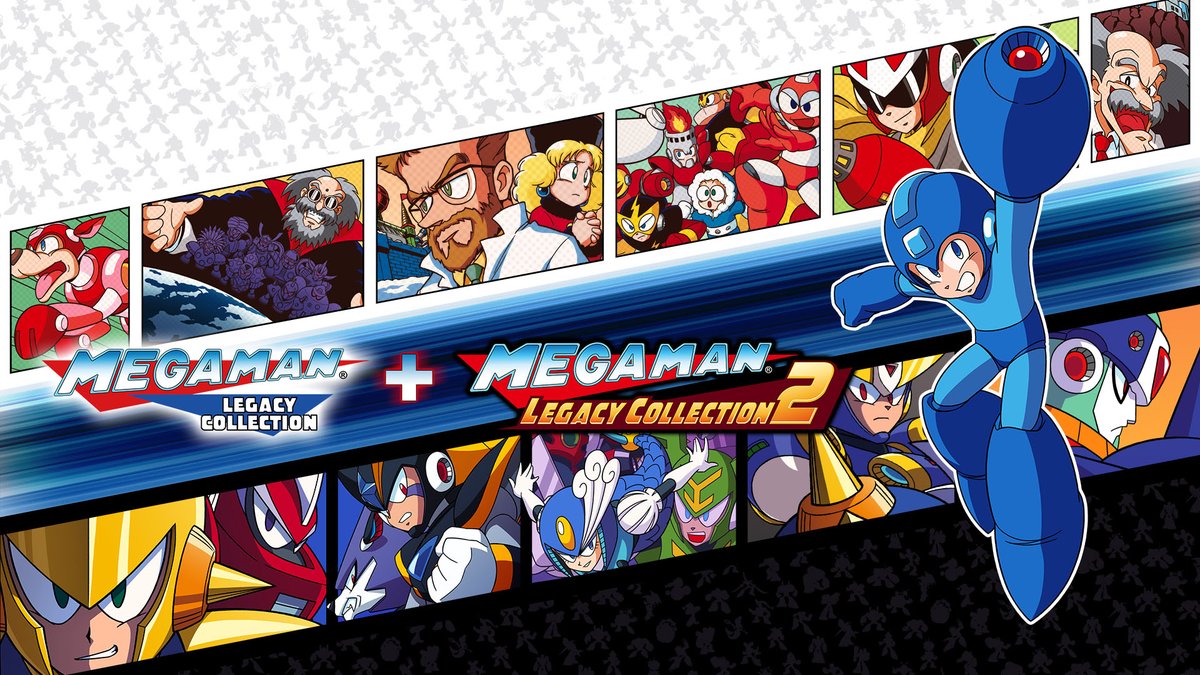 Of course, no console would be complete without their very own Namco Museum, though the Switch one is a bit strange. It’s weird to see a game like Splatterhouse sitting next to more traditional classics like Ms. Pac-man and Galaga, but whatever. It’s still great having these games available on the Switch in perfect portable form. It’s a bit pricey for what you get, in my opinion, but there’s no denying there’s value to be had there. And who knows? Maybe there’ll be a volume 2 someday.

SNK Anniversary Collection is a pretty cool thing because instead of just being a retread of the Neo-Geo stuff HAMSTER has already released, this collection also includes several NES SNK classics like Crystalis. Then there’s the recently announced Kunio-kun: The World Classics compilation that collects games like River City Ransom and Renegade all in one place. Granted, it’s still a Japan exclusive, but the Switch’s lack of region locking makes that not much more than a minor inconvenience.

That’s a lot of compilations, and I’m sure it’s not even all of them. Clearly, the game industry has no problem re-releasing old games on Switch, so where does that leave us? With all this great stuff either out or on the way, and probably plenty more we don’t even know about, do we even need a Virtual Console? What’s left that isn’t already covered? 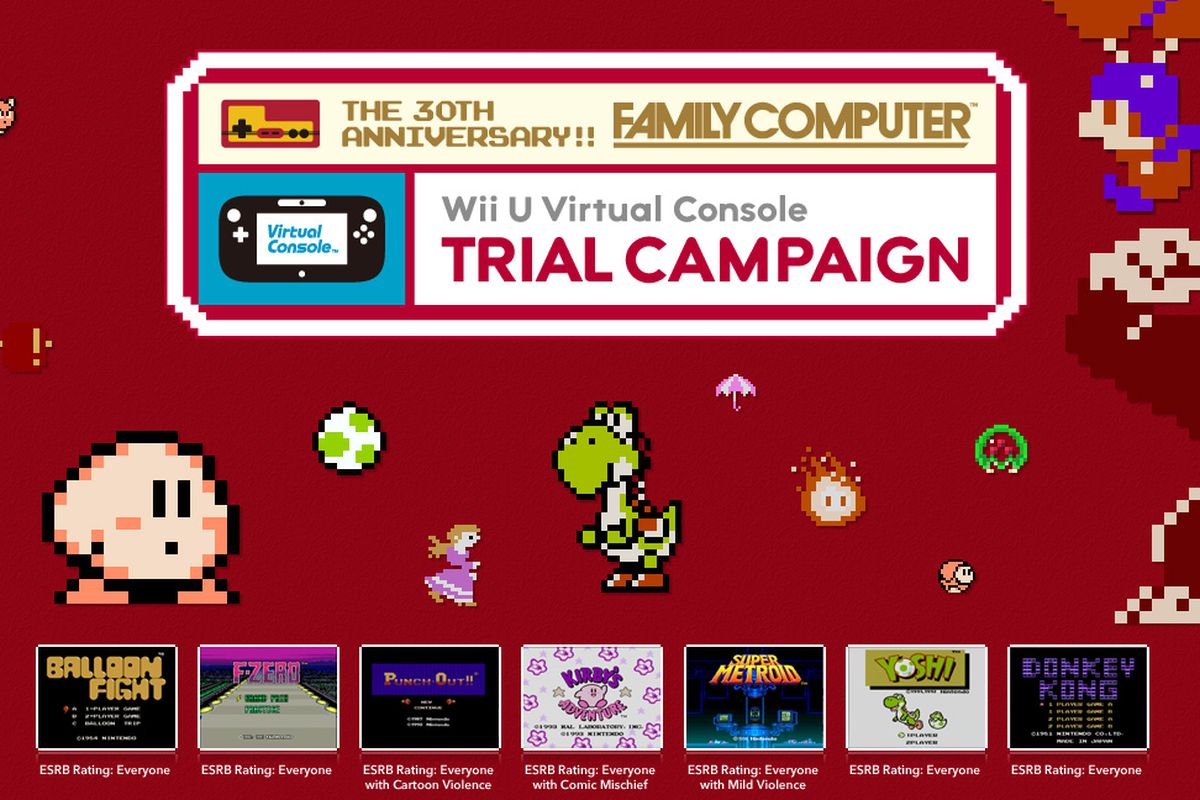 Well, only the biggest library of classic franchises of all time. At the end of the day, Nintendo’s own library of classic games is what excites people the most, and that’s what folks like myself are just itching to have on their Switches. I’ve been spending a lot of time with my SNES Classic Edition lately because I’ve really been in the mood for Super Mario World, Yoshi’s Island, and DKC. It’s a nifty little device, but after having spent so much time with the Switch over the past year, using the Classic edition consoles is a tad cumbersome. I have a wireless controller, but I have to plug in the dongle every time I want to play, and the SNES hides the controller ports behind a not-as-easy-as-you-want-it-to-be-to-open little door thingy. I have to get up off the couch and hit reset every time I want to change games. This is just the way it was back in the day, but in this modern gaming age, I want the convenience of having these titles on my lovely little handheld with the wireless controllers and portability factor. And I know I’m not alone.

So I guess what I’m trying to say is that the answer to my question is both yes and no. Clearly with all these compilations readily available on the Switch, a centralized system for all legacy content would be kind of silly. But Nintendo needs to get in on the act, and they need to do it well. These other compilations are very well-done, with excellent emulation and special features. A simple ROM dump like the Wii’s Virtual Console won’t cut it anymore. Fingers crossed that we learn more about it all sooner than later.