So, where were we?

We’ve got Sega done, and the bulk of Nintendo, so it’s time to tackle what’s next. Let’s get a few more easy ones out of the way. Wii!

Wii had a great box aesthetic. The white cases do run the risk of becoming discolored very easily, but for the most part all the games stuck to the rules. So lining up Wii games was a very simple task. No strange extra alphabetical order issues, no arranging by publisher, just good old fashioned putting games in alphabetical… red… RED…. 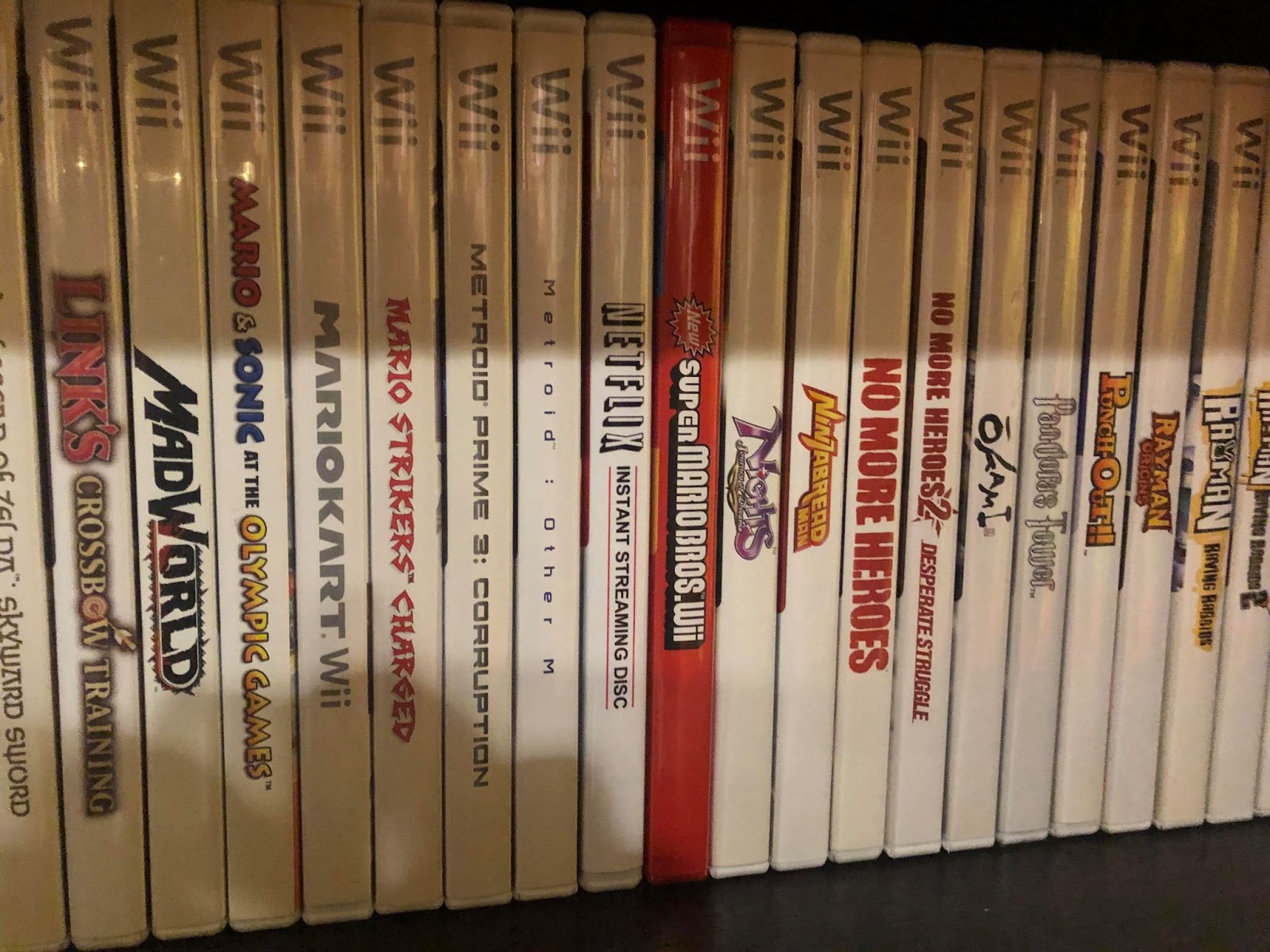 Why is New Freaking Super Mario Bros. a bright red spot in the middle of an ocean of white? It’s a neat-looking case, sure. But placing it in alphabetical order just looks absurd. I can’t even just replace the red DVD case with a white one because the spine on the darn artwork is red too.

It’s by far the worst offender, but it’s not exactly alone. I have the import version of Tatsunoko vs. Capcom, a game called Geon Cube I got on clearance at Toys r Us, and the immensely awesome Geometry Wars Galaxies.

Since GameCube, Wii, and Wii U are going underneath Saturn, and they’re so close to the bottom, hiding these games to the left until I can find some sort of custom cases for them worked like a charm. Then it was just a matter of alphabetizing my Wii U games and the bottom two shelves were set. Easy peasy.

As far as GameCube right above it, that also wasn’t much of a challenge. I don’t have a HUGE collection, so I pretty much got everything I really care about on display with only a few holdovers landing in the closet. I even had room for the weird stuff that tickles me like my Netflix streaming disc! 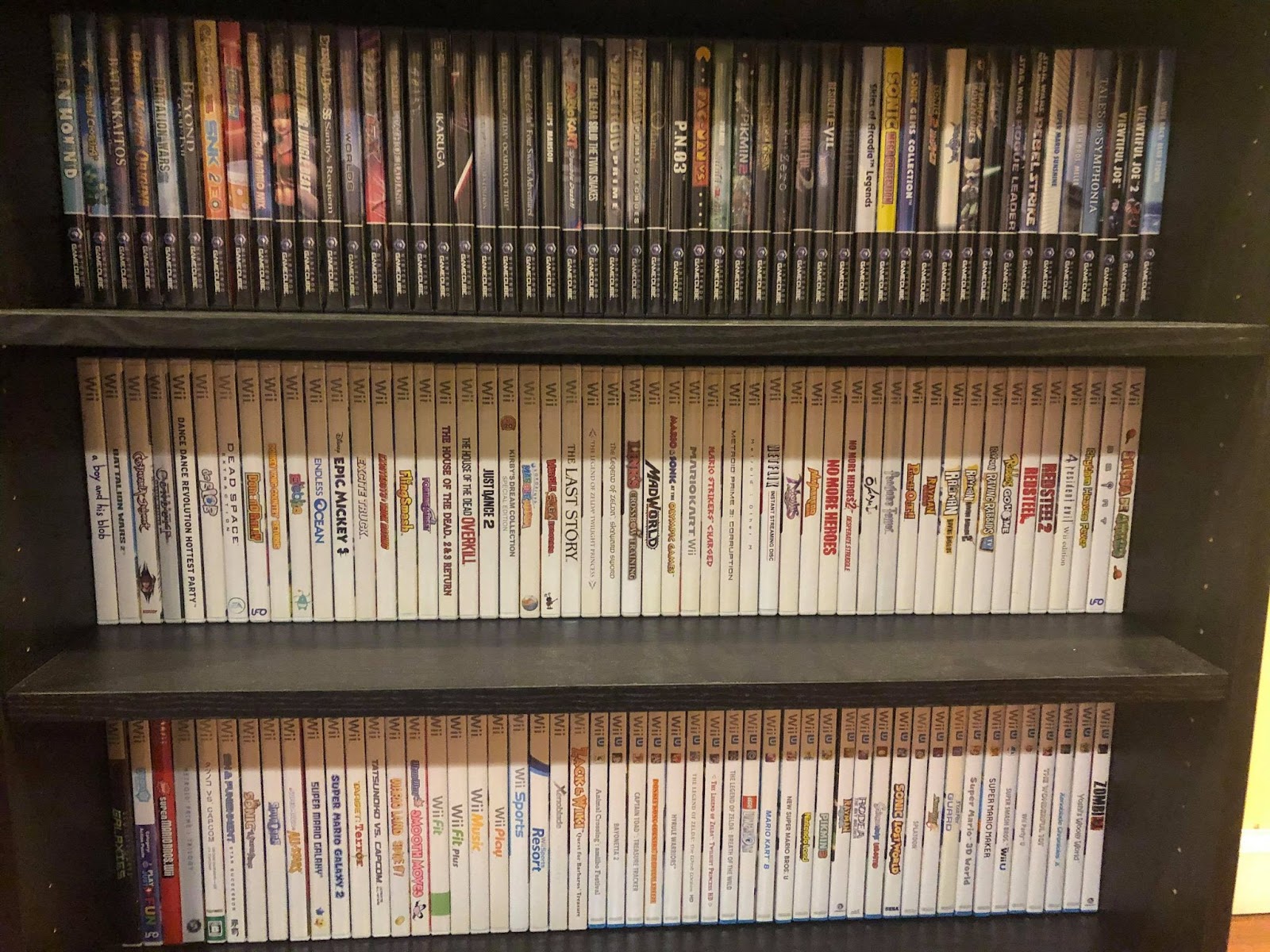 That’s two bookcases completed, leaving one left to fill. My top priority for what remains is Atari 2600. One of my very favorite things in my collection is my complete set of color box 2600 games, and I’d like to get as many of them up as possible. However, there are a couple of other 2600 games I’d like to hit up. I have a small run of silver label games, a couple of red boxes, and of course, Activision games. After some jiggering, no matter how many times I tried, I simply couldn’t make the silver label stuff and red box games look good. Silver label stuff has too many variations, and the red box stuff is just kind of ugly. Sort of a bummer since one of my all time favorite 2600 games is Midnight Magic, but as I’ve said before, this is about a compromise between the stuff I love and what looks good. 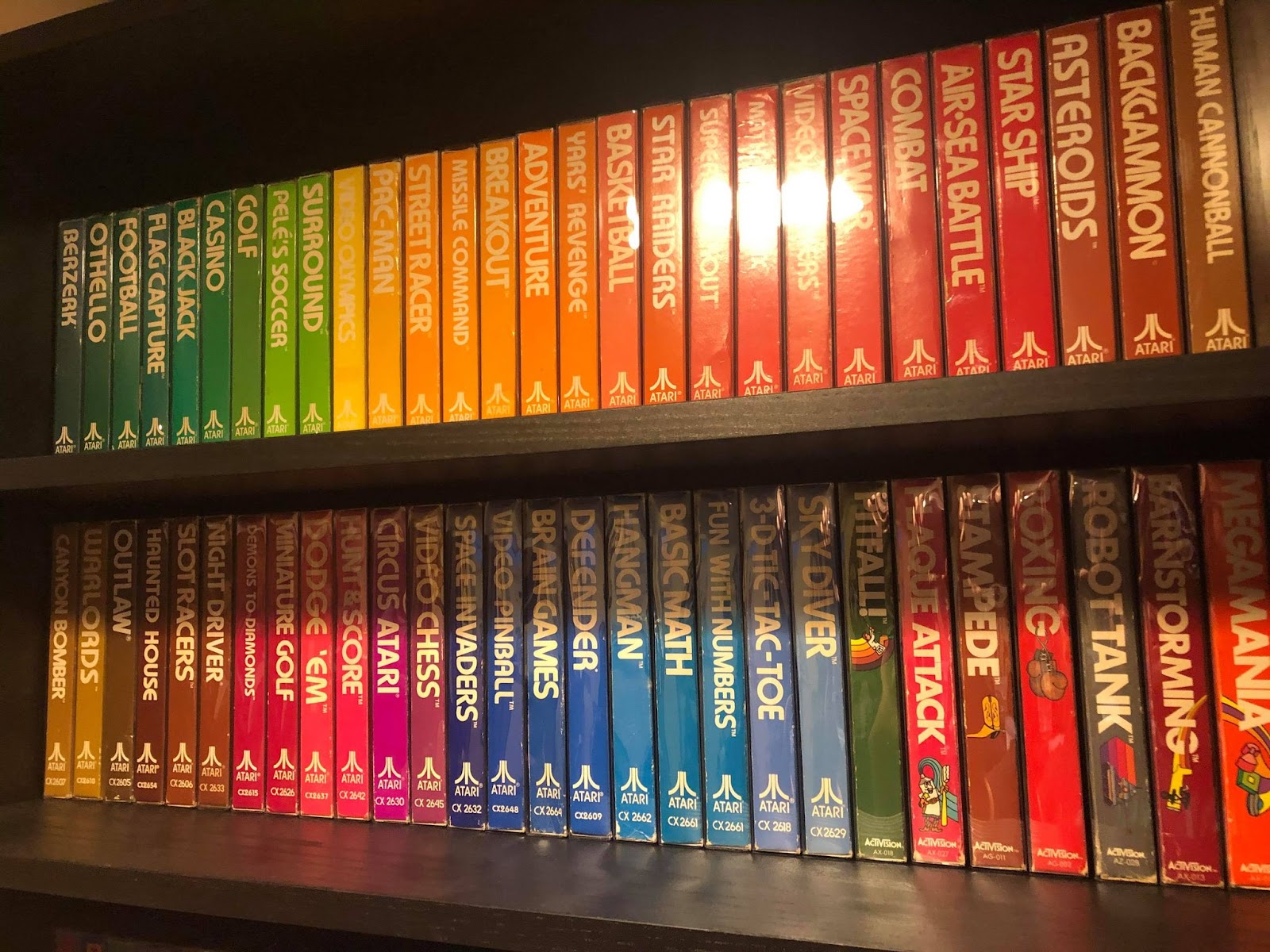 And I’ll tell you what does look good, those Activision games next to the color box games.

So into the closet the rest of my boxed 2600 games go. All my Activision stuff goes at the end, and I filled the rest of the space with my color box games. Deciding which ones go on display and which ones go back in the closet was kind of brutal, but there’s a lot left to get to, and for all my love of 2600, I have a lot of love to spread around.

With 2 rows of 2600 set, the only big question remaining was what to do with Game Boy etc. In order to determine that, I needed to figure out what was left and how much room I was willing to dedicate to it. After some tests it became clear that PlayStation, DS, and 3DS were going to need to find a home elsewhere because of either a lack of titles, or their height just not looking very good on the evenly spaced shelves.

It's Good to Play Together

That still left two fantastic more modern systems to figure out, Xbox and PlayStation 2. I put Xbox first because I don’t have a ton of games I truly care about on the platform, and I figure fitting Xbox and 360 on the same shelf would be doable. As it turns out, I was right. Half the shelf went to Xbox and the other half to 360. The only weird thing I had to do was separate the Xbox Live games from the rest thanks to that snazzy orange little line. 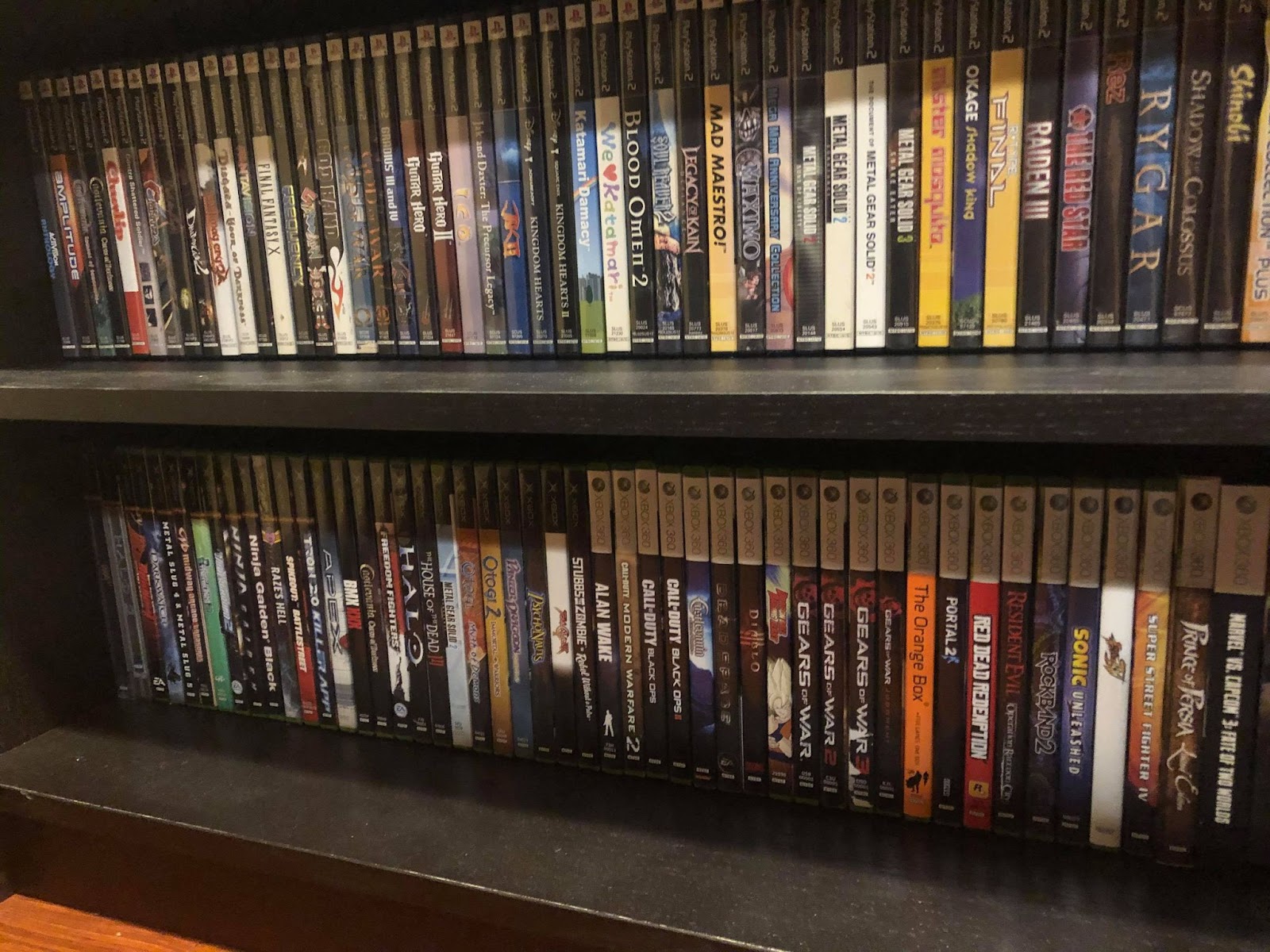 Next up came PlayStation 2. I have a pretty sizable PS2 library, but the good news here is that I don’t really care about a considerable portion of them. I have a whole lot of these games that were given to me instead of a trash can. It’s a lot of sports, Splinter Cell, Call of Duty, and stuff that holds no real value to me personally. Paring it all down to a single row took a little more effort than I thought it would have because man, I frequently forget just how great a platform PS2 was. In the end, I think it came out alright.

And that leaves four shelves left to divvy up between Nintendo 64 and the Game Boys. It’s looking good!