We were going to try and come up with some sort of clever April Fools Day prank, but with the state of the world being what it is, we figured it wasn’t the best time to try and trick everybody. Instead, I thought it might be fun to take a few moments and look back at some of my favorite April Fools Day pranks from video games past. I’m not ashamed to admit that I personally fell for more than one of these. So let’s have some fun, shall we?

You must defeat who now?

The most memorable ones for me have always been from Electronic Gaming Monthly. It’s crazy to think of how many video game magazines there used to be, but of everything that came out, EGM was my favorite (besides Nintendo Power, but I’ve always been a bit of a Nintendo goon, so…). EGM’s staff managed to come up with some great April Fools Day jokes, and probably the most legendary of them all was Sheng Long in Street Fighter II. 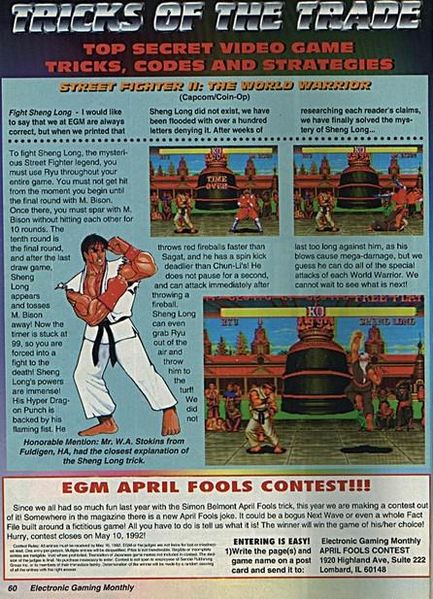 As the story goes, Ryu’s victory statement was supposed to read “You must defeat my Shoryuken to stand a chance” or something to that effect, but instead wound up saying “You must defeat Sheng Long'' fueling rumors on playgrounds and in arcades across the country about what exactly that meant. The common theory was that Sheng Long was Ryu’s master.

I never saw this magazine back then, but I remember kids talking about it at school and I was itching to see if it was real.

Of course, it wasn’t, but that’s one believable screenshot if I do say so myself. Amusingly enough, this image actually influenced the character design for Ryu and Ken’s actual master Gouken from Street Fighter IV. How cool is that?

In the 90s, I was only buying EGMs at supermarkets and drugstores when I could afford it, which wasn’t exactly every month. So I missed out on a bunch of them. I did manage to get myself a subscription of my very own in 2000 though, and while at the time I dismissed this April Fools Day joke immediately, in retrospect, it's pretty darn funny.

EGM claimed that at E3 2000, Mattel made a play to get back into the video game industry with a brand new take on their Intellivision console. The idea was as ludicrous then as it is now, but we currently live in a world where nothing makes sense anymore, and there actually IS a new Intellivision console coming out this year, and in an even stranger twist of fate, it actually looks kind of cool! 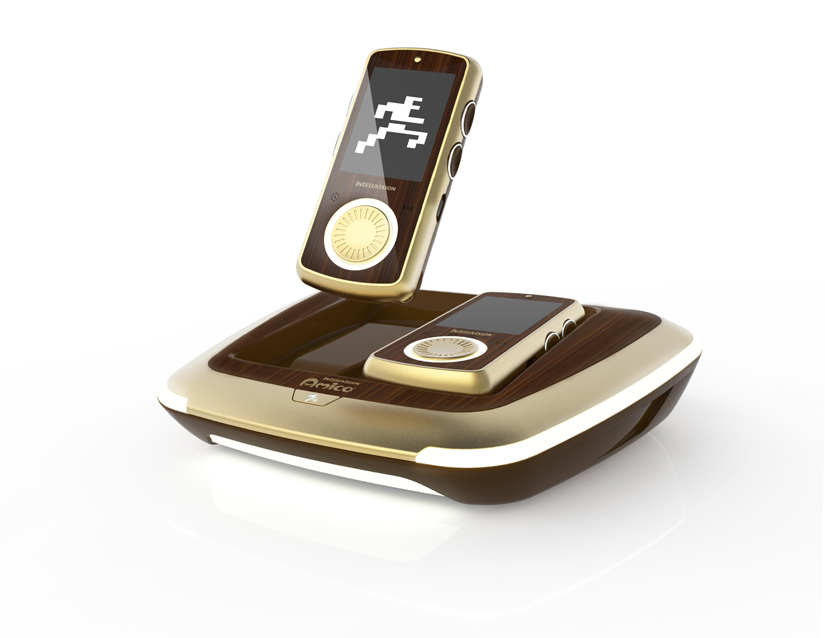 The Future is Now

One that I did fall for hook line and sinker, was 2001’s Sega Neptune prank. EGM claimed that a bunch of actual, real Sega Neptune consoles had been put into production before the project was scrapped, and they were found in one of Sega’s old warehouses. They were selling them off at a website included in the article, and I couldn’t believe my eyes. I sat there looking at the article for a few minutes, trying to decide if the $399 price tag was something I could afford. I was only 19 when this came out, and I had a full time job and lived with my parents, so I had some disposable income at the ready.

I ran downstairs and talked to my parents about it, and told them this was an opportunity I couldn’t pass up. I knew it was a lot of money, but this was history, and owning one would be incredible. I was taking this financial decision incredibly seriously, and my folks must have thought I was nuts.

I went upstairs and logged onto the family computer and went to the website, fully prepared to make the largest purchase I had ever made with my own money. There was an image with the tagline “THE FUTURE IS NOW” in the design of Sega’s famous Welcome to the Next Level campaign. 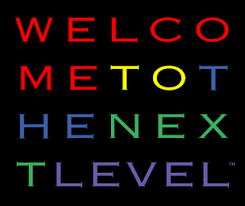 I had a weird thought when I got to that screen because if you’re familiar with the Welcome to the Next Level imagery, the text wraps in weird ways so that words don’t all appear on the same line. In this image, the “FU” in “future” was all by itself, and I couldn’t help but think something was weird about that.

When it came time to actually check out, I was brought to a screen that said “April Fools,” with a counter at the bottom that showed the number of all the other people who had fallen for it before me. At least I wasn’t alone, but boy did I feel like a sucker. They really got me hard on that one.

The last EGM April Fools joke I fell for was when they said Sonic and Tails were actually playable in Super Smash Bros. Melee. I knew in my heart of hearts that it was too good to be true, because the prospect of Sonic actually being a playable character in Smash was completely insane at the time, but as a survivor of the 16-bit wars, I just couldn’t help myself. Plus, the fake screenshots they posted were pretty convincing too.

The magazine said you had to defeat 20 opponents in Cruel Melee, which is absurd, and I spent what felt like an eternity trying. I was endlessly frustrated by the time I gave up, and then it dawned on me what month it was. Still, I wasn’t 100% sold on it being fake. It wasn’t until Nintendo Power officially debunked it that I finally conceded that it wasn’t true. What a sucker I was.

Outside of EGM, another one of my favorite old video game mags was GamePro. These guys took a different approach to April Fools in the form of their own mini fake game magazine LamePro. There were cover stories, images, and all sorts of gags. They weren't all super funny, and in fact many of them were indeed lame, but I certainly remember them fondly. Here’s a look at a few of the covers I remembered. 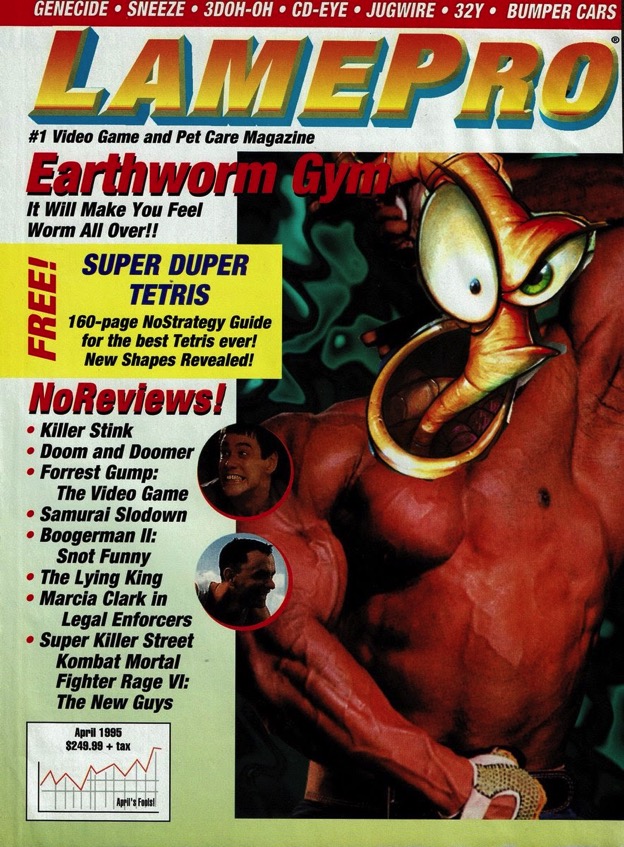 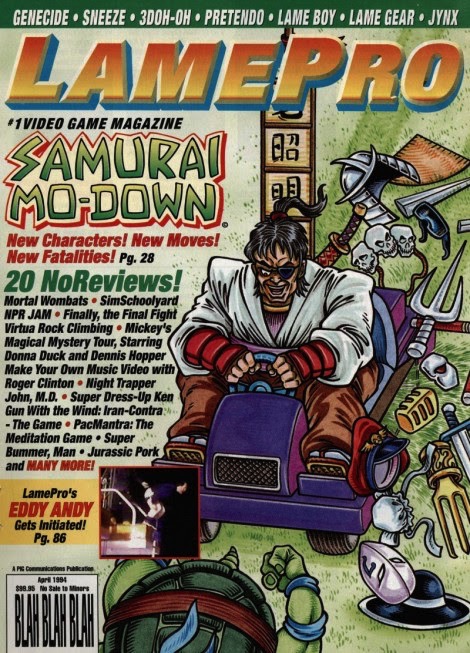 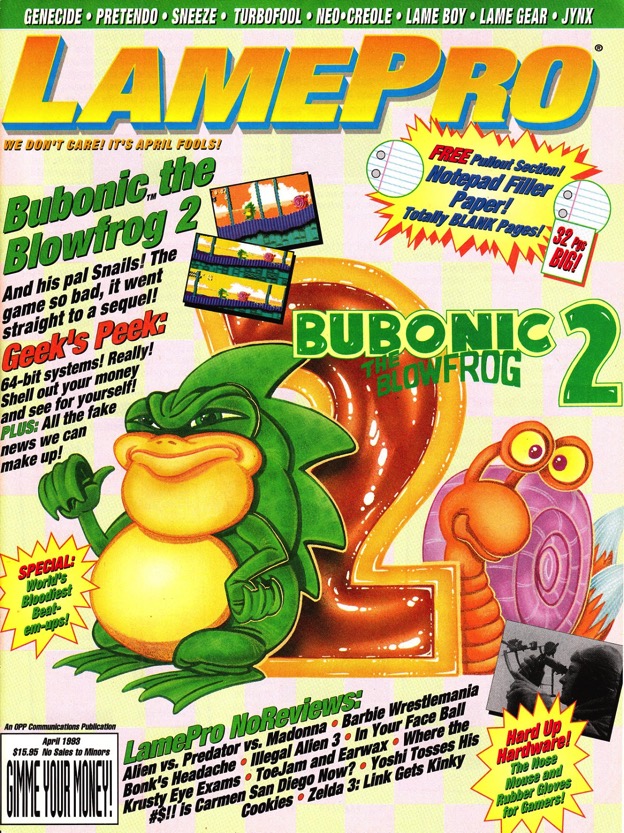 I distinctly remember laughing out loud at Earthworm Gym. It’s not even a remotely convincing image and I don’t care. I love Dad jokes, and stupid wordplay gives me life. And I would absolutely play the heck out of Doom and Doomer.

Alien vs. Predator. Vs. Madonna is a bit of a chuckle too, but I think my favorite is Where the #$!! Is Carmen San Diego Now? I want that to be real so badly.

On a different note, some of the most April Fools Day fun I’ve had was creating some of our own jokes. Over on Geekade.com, my friend and I put together an idea so terrible that it was actually almost believable. A few years back, Mike Kennedy tried to launch a brand new cartridge-based console called the Retro VGS.

For some reason, they repurposed the Atari Jaguar’s shell and were using an off brand Wii U controller. When that failed, they tried again with official Coleco branding, calling it the Coleco Chameleon. This thing was hilariously found out to be little more than a Super NES in sheep's clothing at a trade show. Coleco backed right out of the deal, and the system was dead. 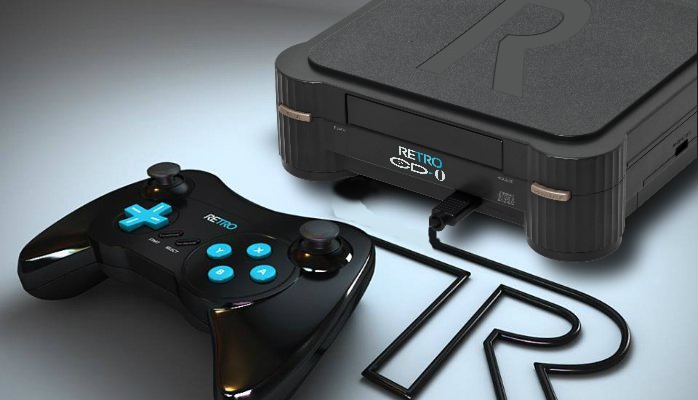 So we thought it would be funny if Kennedy and co. decided to give it one more go, this time attempting to bring back the glory days of memory cards and brutally slow loading time with the Retro CD-O, a console that looked like a 3D-O, played 3D-O and Philips CD-i games in addition to a library of brand new 32-bit abominations, and absolutely refused to connect to the internet in any way.

I’m not going to lie and say the image we put together is the most believable thing in the world, but the article itself I’m pretty proud of. We posted it on the Stone Age Gamer Facebook page, and a bunch of folks actually believed it for a hot second. It was a really fun day.

So the real question is, what are your favorite April Fools Day jokes from the world of video games? I know there have been tons over the years, and these just barely scratched the surface. Let us know, and happy April Fools Day!