Mario Tennis: Ultra Smash for Wii U was awful. I’ve never played it before, but I still feel confident in saying it's awful based on what I know about it. Turns out, most people felt the same way. According to VGchartz (I know, it’s not the definitive word on game sales, but it’s the best I've got) the game barely sold over 500k copies worldwide. Now, the Nintendo of the past 5 years would probably view this as a sign to stop making Mario Tennis games, or at least, that’s been the fear of the F-Zero and Kid Icarus fans desperately awaiting new entries in their respective series. However, on January 11th, Nintendo announced a brand new Mario Tennis game. Hmm...

You can tell even Mario is excited for Aces. He didn't even change his clothes for Ultra Smash.

According to the time I’ve spent on the internet today, I’m not the only one who was pleasantly surprised by Mario Tennis: Aces. It seems the general consensus is that it looks pretty great, and just like that, the sins of Ultra Smash are (mostly) washed away. As it turns out, when you make a new game that looks not only good, but also looks like exactly what fans have been asking for for years, things go well. Who knew? And you know what? This is now the second time Nintendo has done this in recent memory. Metroid: Other M didn’t break a million units in any territory and was absolutely demolished by critics and gamers. Then, Metroid Prime: Federation Force completely bombs 6 years later. A lot of people thought Nintendo was done with Metroid after that, but no. They announced Metroid Prime 4 and Metroid: Samus Returns, two games Metroid fans have been begging for for years, and wouldn’t you know it, Samus Returns won all sorts of awards, and folks are super pumped to hear more about Prime 4.

It’s almost hard to believe because it’s been such a long time, but we seem to be living in a world now where Nintendo has the confidence once again to just make great games without the need to pump them full of strange gimmicks. Since the Switch is, at its core, a game console with a very traditional control scheme, we’re now seeing games from Nintendo that don’t just resonate with Nintendo fanatics like myself, but the gaming community as a whole, and they’ve been incredibly successful so far. With the exception of some (frankly bullshit) motion controls shoehorned in Super Mario Odyssey, Zelda and Mario on Switch are both fantastic because they’re fantastic, not because they gave us some crazy new way to play. In most games, motion controls are now being used to subtly make things better instead of, let’s say Star Fox Zero, where they were all over the place, making the entire game a complete mess.

This game is still a tragedy

But Star Fox Zero brings me back to my main point. See, it looks to me like Nintendo doesn’t just have the confidence to make games without gimmicks now, but they might have also regained the confidence to start taking a look at some of their B and C-tier franchises again. They seem to have fallen out of that back in the Wii era. That console sold a metric ton, but nobody was buying games for it. Companies kept trying to make games, but for the most part people bought the thing to play Wii Sports, New Super Mario Bros., Wii Fit, and Netflix. At the end of the day, the trouble with Wii was that while it was a neat idea, gamers at the time largely weren’t the ones buying the thing, so great games like Zak & Wiki, No More Heroes, and Rhythm Heaven Fever never found the audiences they deserved. The Wii U didn’t have that problem because nobody bought it at all. But now that the Switch is here, it’s seeing a success Nintendo hasn’t seen in a home console in over a decade: a kick-ass attach rate. People aren’t just buying Switches, they’re buying tons of games with them. And if there’s anything in the world that can give a company like Nintendo confidence, it’s amazing hardware AND software sales.

When they showed off in the Nintendo Direct Mini yesterday that they were making a new Mario Tennis less than 3 years after the Ultra Smash debacle, it showed (to me, at least) that they have the confidence to leave the fear of the Wii U behind them and just make a good game and see how it goes. With a proper Mario, Zelda, Mario Kart, and Splatoon already on store shelves, and Metroid, Kirby and Yoshi on the way, Nintendo has fired most of their A-list guns already. Now, smart money says they could continue to play it safe and fall back on some of those guns more often than they should, but something tells me that might not be the case this time. Maybe, just maybe, they’ll re-examine what made some of their previous properties popular in the first place and find a way to combine that with the growing install base of the Switch and bring us back to a time where Nintendo repeatedly shows the world why they’re so darn popular. 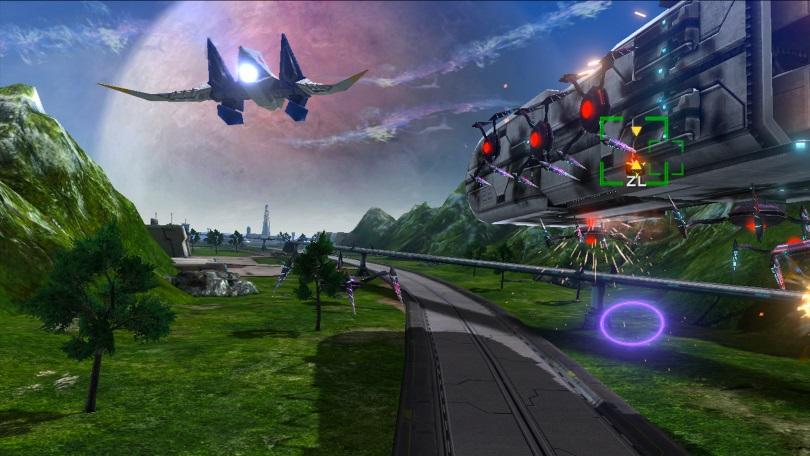 If the Switch continues to sell, and the games continue to fly off the shelves, we may yet see the return of names like F-Zero, PilotWings, or even my beloved Kid Icarus. They might realize Star Fox Zero was a great idea on paper, but a painfully difficult game to enjoy in reality, look at the collective internet freak-out over Star Fox 2 finally seeing the light of day on the SNES Classic Edition, and let Platinum Games make Star Fox 3 without having to deal with making it work with the Wii U Gamepad. They might even be so confident in the Switch audience that they’ll give Chibi-Robo one more shot, send a new Rhythm Heaven game our way, and even find it in their hearts to localize Mother 3.

Sure, we’ll probably get the surefire hits like Pokemon, Animal Crossing and Mario Maker, and we absolutely should. Those games are popular for a reason, and let's be frank, I NEED Animal Crossing on my Switch. But if those games release alongside stuff like a new Punch-Out!!, a StarTropics revival, and a BoxBoy HD collection, that sounds like some pretty good gaming to me. No matter how you slice it, the future for Nintendo looks pretty bright, at least from where I’m sitting. Also, I can’t believe I’m genuinely excited about a Mario Tennis game again!