I love Star Wars. I love it with all my heart and soul. I also love video games. But man, sometimes those two things do not mix. And you think they would. It’s pretty much a perfect recipe for video game greatness. But evidently, it’s also a recipe for some flaming hot garbage. And I’m not talking about decent games that are ruined by a few flaws. I know folks are hating pretty hard on Battlefront right now because of the loot box controversy, but I also know some people who are genuinely enjoying the game’s core mechanics. The Force Unleashed may have had more than its fair share of issues, but at the end of the day it was a competent action game (with surprisingly resilient storm troopers) that provided me with some good times. No, I want to talk about the cream of the crap. There are some really, truly bad Star Wars games out there, and while I’m all manner of excited for The Last Jedi, if the prequels have taught me anything it’s to always appreciate how bad things can be. So to help temper my expectations for this weekend, let’s spend some time with some crappy Star Wars games. 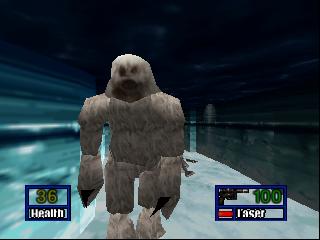 There are those out there who would claim I’m in the wrong here, but I firmly believe those people to be delusional. Star Wars: Shadows of the Empire is bantha fodder. It may have seemed exciting at first, but this game has aged like milk. (Blue or otherwise) I’ll never forget the first time I saw it in action. It was in the legendary Nintendo 64 promotional VHS tape I got in the mail, and even at the time it looked like a mixed bag to me. This video is a masterpiece. It’s painfully “rad” but it did its job incredibly well. My Nintendo 64 hype levels were off the charts after watching it for the first time. The subsequent 158 viewings didn’t hurt things either. In the video, they kicked it off with the amazing Super Mario 64, then they followed it up with the also impressive (at the time, at least) PilotWings 64. Then they took it home with Star Wars: Shadows of the Empire, and the hype train just kept on rolling. Just look at this.

Seeing that Hoth stuff was beyond incredible at the time. It looked and sounded so much better than anything I had seen before. Tripping the AT-ATs looked nuts. But then they got to the Dash Rendar segments and whoo boy, that stuff is rough. Even at the time I remember thinking “wow, those snow monsters look terrible. This whole chunk of the game looks terrible!” But then they got back out to the space stuff and the swoop bike racing, and things looked super-cool again. The video continued with a montage of other N64 games, including an awesome post-credits trailer for Killer Instinct Gold, and that was it. I was sold on the Nintendo 64 hook line and sinker, and I had to get at the very least those 3 games. So, launch day I got Super Mario 64 and… that’s it. No PilotWings for me. But at least I could rent it, right? Nope. My local Blockbuster was perpetually out of PilotWings. They did, however eventually get Shadows of the Empire, and I was all manner of excited to play it. It didn’t go very well.

I had been playing the sublime Super Mario 64 for weeks at that point, and going from that to the chunky and clunky Shadows of the Empire was not easy. I loved Star Wars, but even my love for the property couldn’t make those on-foot segments even resemble fun. Wrapping up the AT-ATs was cool as expected, but I felt more than a little underwhelmed by just about everything else.

A few years ago I decided to give the game another shot, and yikes. I thought this stuff looked bad before, but playing it today is brutal. It’s clear that the team behind this game put a lot of effort into it, but Shadows of the Empire is an unfortunate casualty of the industry as a whole learning how to make 3D video games. Shadows of the Empire blows. 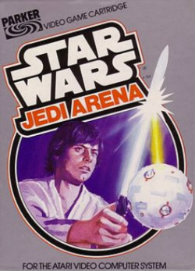 But if you want to see the Grand Central Station of disappointing Star Wars games, you’ll have to go back to the days of the Atari 2600. I missed the Star Wars train as a small child. I didn’t see the Star Wars movies until the THX remasters in 1995. I was 14 years old, and when my parents sat me down with those beautiful VHS tapes, my mind was sufficiently blown. Naturally, me being me, I finally wanted to play some of those Star Wars video games I had seen out in the world, but I didn’t have any. Or did I? I don’t know why I had it, but when I decided to inspect my collection of Atari 2600 carts, I realized that I owned a copy of Star Wars: Jedi Arena, and I never played it for more than a few seconds. Maybe the reason I never got around to watching Star Wars was because of my limited time spent with this weird-ass game, but now I was in the fold. Now I understood what the big deal was. Now I was a fan, and I had some time to make up for. I popped that cart into my Atari and the emotions I felt were no doubt the same as what a lot of kids felt back in 1983 when it was originally released. An unbelievable sense of not just disappointment, but utter bewilderment. What is this? What even is this? In case you’re unfamiliar, I’ll let this commercial do the legwork.

I know it’s just an Atari game, but let’s think on this. What would any kid want out of a Star Wars game? Well, Luke, Darth Vader, lightsabers, and maybe some spaceships. Parker Bros. released the super-cool Empire Strikes Back Atari game already, featuring a space ship shooting down AT-ATs, so obviously the next move is to make a game about lightsabers, right? Put Luke on one side, Vader on the other, make them fight, call it a day. Not that hard, really. It practically makes itself. But no. The geniuses at Parker Bros. decided that the next Star Wars game should be about that training ball thingy in that one scene from the first movie. Because that floaty ball was the most memorable thing about Star Wars, right? Heck, it wasn’t even the most memorable thing in that scene! But this is what we got. And it gets worse, too! Not only is the very concept flawed, but are you trying to tell me those bendy sticks are supposed to be light sabers? Are those supposed to be people holding them? Because it sure as heck doesn’t look like that to me!

At the end of the day, the game isn’t TERRIBLE, I guess. But it’s not exactly fun, and its core concept is so fundamentally flawed that it stands to this day as one of the most disappointing games I’ve ever played. 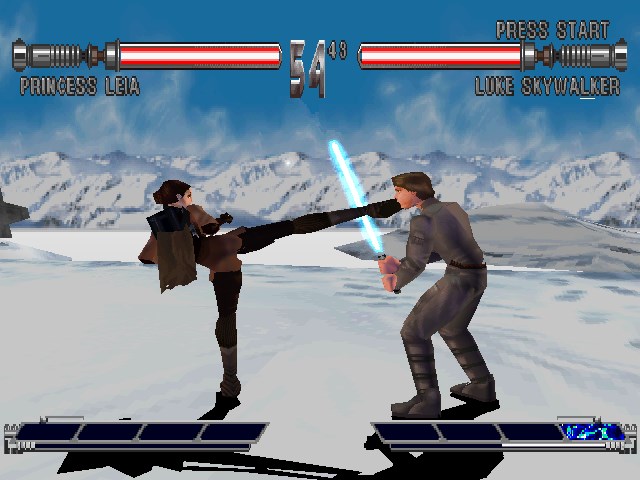 Finally we have a game that I had zero expectations for in the first place. No, this game didn’t let me down, it delivered precisely what I thought it would. Star Wars: Masters of Teras Kasi is a one on one fighting game set in the Star Wars universe. In theory, this should be a great idea. But in practice, it quickly becomes obvious that it’s dumb. Very, very dumb.

This game came out before there were a ton of established Jedi. It’s pre-prequel, as it were. So you’ve basically got the cast of the original trilogy, so let’s run down the list of all the “fighters” in that trilogy, shall we? We have Luke, but really only after he trains with Yoda. We have Darth Vader. We have Chewbacca, but I’m not sure how well he’d stack up against a lightsaber. We have Boba Fett, but well, I’m not sure how well he’d stack up against a lightsaber either. Then I guess we sort of have Han, but, well, you see where I’m going here. Unless you’re doing lightsaber vs lightsaber fights, this really doesn’t work. The trouble is, when played straight, the Star Wars property is just too serious to pull off straight-up goofy, even with Star Wars not being entirely serious to begin with. As Dan Ryan put it, it’s basically about space wizards, and that’s silly enough, but unless you’re drastically altering the art direction like LEGO Star Wars or Super Bombad Racing (speaking of awful games…) going the ridiculous route doesn’t land. Sakura punching the Juggernaut works in Marvel vs. Capcom 2. Han Solo punching Darth Vader, not so much.

But that’s not the only problem here. They put Darth Vader and Yoda in Soul Calibur IV, and it was still incredibly stupid. I’m sorry, but no matter how cool Taki is, she isn’t going toe to toe with Yoda. Especially not with a lightsaber. But at the end of the day Soul Calibur IV was still a good game. Masters of Teras Kasi is not. Strip it of its Star Wars license and all you’re left with is a sub-par fighting game with really floaty jumping. If the folks who make Soul Calibur want to go ahead and make an all lightsaber Star Wars fighting game with their engine, I’m all for that. A lightsaber fighting game is a spectacular idea. Masters of Teras Kasi is not a good execution of it. Not at all.

Look. These are just my opinions. I know people who genuinely stand up for these games, and they’re welcome to their opinions as well. But for me, these games blow. And now that I’ve got that out of my system, I’m ready to get back to being unreasonably excited for The Last Jedi. I can’t see it until Saturday (stupid adult responsibilities!) so I’m on full spoiler-avoidance mode until then. May the force be with us all.